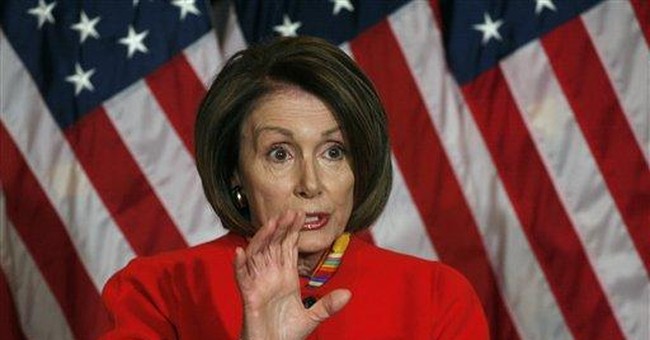 It's in the works, the bill's in the hopper, the rails are greased. As long expected, the Democratic leadership in Congress has introduced its master plan to unionize American workers -- a plan that would do away with the bothersome little detail of having the workers vote on that decision. Vote, shmote. This ain't about democracy. It's about power. And how to seize it.

Ah, yes, the right to vote. Just a minor detail, though it used to be of some importance in a free country. I remember it well. But after this session of Congress, the secret ballot may be only a quaint relic of labor-management relations in this country.

Will the actual vote in Congress be just a formality? Given the Democrats' solid majority in both houses of Congress, is it all over but the shoutin'? Or is the debate just warming up?

Speak up now or forever hold your peace -- because once this new system goes into effect, some precious rights will be lost. The secret ballot would be the first of them, replaced by a card-check system that allows union organizers to browbeat workers into joining up. Those who declined to sign up would have to take a lonely stand in public, risking harassment. The worker's privacy -- his right to be left alone to make his decision -- would be gone.

But that's just for starters. Once the right to vote has been lost, the union installed, and a contract is to be negotiated, both labor and management would lose their right to bargain with each other once an arbitrary deadline had passed -- specifically, 120 days. After that, their differences would have to be submitted to arbitration.

This new, disimproved system would change the whole tempo, tone and substance of the negotiations as one side or the other tried to manipulate the new rules. This would be a new ballgame, and -- after 120 days -- the umpire would become one of the players.

In their native American ingenuity, no doubt both sides would come up with new and clever ways to avoid bargaining with each other freely. Those quaint days would be gone. For the clock would be running on their freedom to negotiate. And one side or the other would be tempted to run the clock out, or use the impending deadline to press the other to accept its terms. Take it or leave it -- to arbitration.

In a free society, neither labor nor management should be subject to such coercion. But this bill, with its 120-day deadline to reach an agreement or else, makes the old Taft-Hartley Act, with its 80-day cooling-off period before a major strike is called, seem almost mild.

The card-check bill was bad enough before, when it just deprived workers of their right to vote. But these additional provisions may be even worse. Pass this bill into law and the principle at the heart of collective bargaining -- the ability to negotiate free of pressure -- would be gone with the secret ballot.

This new system would drastically change the way labor and management relate to one another when it comes to settling their differences. Before, management could continue to negotiate until it had a deal it could live with, and the same went for the labor union. Now government would step in if it didn't think the company and the union were moving fast enough.

If and when this radical change becomes law, and the 120 days are past, it'll be up to government-appointed arbitrators to decide any disagreements between labor and management -- even though the arbitrators won't be the ones who have to live with their decision. That burden would fall on workers and managers. Government would make the decision, all we the people would have to do is abide by it.

In Italy in an earlier decade, this approach to labor-management relations, which gives the state the final say, was part of a larger system. That system had a name: fascism. Somewhere, Benito Mussolini is smiling.

Sorry Liberals, But The Nazis Were Progressive Leftists
Townhall
Chuck Todd asks Nancy Mace about impeaching Biden and gets attacked by the Left
Twitchy
Kari Lake Drops the Hammer on Liz Cheney After Pathetic Attack
Redstate
CNN to Be Sold to Fox News? That Would Be Hilarious
PJ Media