Paul Driessen
|
Posted: Apr 07, 2018 12:01 AM
Share   Tweet
The opinions expressed by columnists are their own and do not necessarily represent the views of Townhall.com. 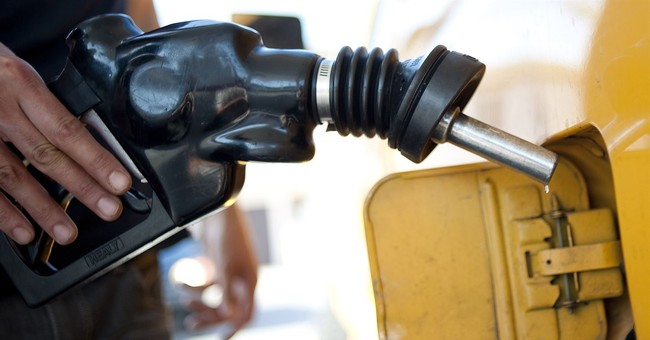 It’s become a recurring, frustrating pattern, as legislators and regulators ignore the immutable laws of unintended consequences, to drive political agendas or aid favored constituencies, while harming others.

A good example is corporate average fuel economy (CAFÉ) standards on vehicles. Originally enacted in 1975 to offset the impacts of the OPEC oil embargo and US oil price controls, and slow the rapid depletion of oil reserves, the mileage standards grew increasingly stringent. During the Obama years, the earlier justifications were replaced with claims that a vastly tougher 54.5 mpg standard would somehow help prevent “dangerous manmade climate change.”

However,EPA’s own analysis showedthat the new mileage standard would have brought emission reductions of a barely perceptible 3 billion tons of CO2 over the lifetime of vehicles covered by the new standards – out of an estimatedtwo trillion tonsof CO2 emitted worldwide during the same period.

That meaningless 0.15% savings was fraudulent enough. But as Competitive Enterprise Institute general counselSam Kazman, other analysts and I have often pointed out, the real impact of these rules has always been on people.CAFÉ standards kill, maim and paralyze drivers and passengers– because they force auto makers to downsize and plasticize cars and light trucks, making them less crashworthy.

Insurance industry and other studies found that the earlier 27.5 mpg standard resulted in 2,200 to 3,900 additional fatalities every year, and hundreds of thousands of additional serious injuries, in collisions with cars, trucks, buses, trees and other objects. Minority and other poor families sufferdisproportionate injuries and deaths, because they can least afford the higher priced cars and light trucks with advanced safety features. One can only imagine the extra tolls that would be associated with the 54.5 mpg rule.

Hopefully, EPA Administrator Scott Pruitt will underscore this lethal reality as he reexamines the Obama CAFÉ standards. (His predecessors paid no attention to the likely death and injury tolls, and Democratic politicians, environmentalist groups and liberal media haveexcoriated Pruitt’s proposal– raising serious questions about their priorities and concern about human lives and welfare.)

In contrast to this important and long overdue regulatory change – and in equally sharp contrast to his many other deregulation and reduced taxation actions – President Trump’s recent decision to impose a 25% tariff on imported steel products seems to have paid too little attention to unintended consequences.

Steelmakers and even the Commerce Department claim “cheap” foreign substitutes “threaten national security.” That’s a highly suspect claim. But even to the extent a threat can be demonstrated, the tariffs themselves represent a serious threat to national security … to every company, project and job in other sectors of the US economy that depend on affordable steel … and to the president’s promise to Make America Great Again and make American energy a dominant player on the global stage.

Indeed, one can understand an anti-fossil-fuel President Obama imposing these tariffs. But Mr. Trump?

Just consider their impacts on oil and gas drilling, fracking, pipelines, refining, petrochemicals and LNG (liquefied natural gas) export terminals. These are steel-intensive operations. Add 25% to the cost of pipes and other specialized steels, and you raise exploration, production, construction, maintenance and repair costs by millions, tens of millions or even hundreds of millions of dollars.

Building drilling rigs and production platforms that operate in thousands of feet of corrosive sea water, send drilling and production pipe thousands of feet into high-pressure rock formations, and bring oil and gas to terminals and refineries miles away requires millions of tons of high-quality steels that most US companies don’t even make anymore. Horizontal drilling and hydraulic fracturing operations do, as well.

Steel pipes that go down these holes have to be flexible enough to bend without cracking or breaking. They must be durable enough to last decades without corroding or rupturing. This niche market represents just3% of the total US steel market, the Association of Oil Pipe Lines (AOPL) notes, so most American steelmakers left the pipeline business to overseas competitors, who pay workers less, face fewer regulations, and can survive on lower profits. Subjecting this specialty pipe to tariffs makes no sense.

In 2017, America’s oil and gas industry spent $8.5 billion just on the steel pipe used in 11,300 wells to frack shale and drill conventional formations. That same steel would have cost $2 billion more, if these 25% tariffs had been in place, the AOPL explains. Similarly, a “typical” 280-mile pipeline would cost $75 million more, a “major” (Keystone XL) pipeline some $300 million more, under these tariffs.

China has already slapped tariffs on US soybeans, and recently signaled that it can add to these oil patch woes bydirectly targetingshale country products, such as petrochemicals and liquefied propane. The Chinese meanwhile use spies and hackers to steal US corporate, military and government information, and demand access to patents and trade secrets as a price for granting access to huge Chinese markets.

Ironically, two of the main beneficiaries of these tariffs and trade wars could be Russia and OPEC, who would see their own exports and revenues climb in response to declining US oil and gas production. The primary source ofexport revenuesfor the Russian economy is oil and natural gas, and many European countries get 50-100% of their natural gas from Russia. That leaves them vulnerable to Putin threats of pipeline closures – and less willing to challenge Putin in Syria, the Crimea, Ukraine and elsewhere.

That also resurrects the links between anti-fossil-fuel US environmental groups that have received funds laundered via theSea Change Foundationand other intermediaries, from Russian energy oligarchs with strong ties to Putin. Perhaps Special Prosecutor Robert Mueller should investigatethatRussian collusion.

(Oil and gas companies can always submit a tariff exemption request to the Commerce Department, if a product is not readily available from American manufacturers or is needed for national security reasons. But separate requests must be made for each product; they take months to process and are valid for only one year; and American aluminum and steel makers can object to the request, dragging the process out.)

In essence, these tariffs might save a few hundred steel and aluminum manufacturing jobs. But they put thousands of US workers out of work in other industries that depend on affordable steel products as their basic raw materials. The tariffs also put dozens of projects on hold or out of reach.

In another irony, many of President Trump’s much desired and ballyhooed infrastructure construction and repair projects could become the victim of soaring steel prices, on top of 1931 Davis-Bacon Act rules that local prevailing union wages must be paid on public works projects. Still more people will then be injured and killed, due to dangerous road and bridge conditions that poorly thought out policies perpetuate.

Tariffs on foreign metals also persuade US steel and aluminum companies that they can raise prices, while still undercutting foreign competitors. That’s whyAmerican Keg– the last US manufacturer of stainless steel beer kegs, and a patriotic user of only domestic steel – had to lay off a third of its workers.

Environmentalists oppose mining in the United States. They oppose coal and natural gas as fuels, and the rail and pipe lines to get those fuels to power plants, foundries and factories. They are OK with the Trump tariffs, since they help stymie fossil fuel projects. But radical greens fail to recognize that wind turbines also require massive amounts of specialty steel for rebar, turbine and transmission towers, generators and other components – making them and their high-cost electricity even less affordable and justifiable.

The United States clearly cannot merely present diplomatic protests, while letting other countries engage in unfair trade practices, and worse. However, the politicians whose actions affect our lives in so many ways must do a far better job examining the nature and scope of the unintended consequences of their decisions. Mileage standards, trade wars and tariffs tend to get out of control, and innocent people suffer.

Paul Driessen is senior policy analyst for the Committee For A ConstructiveTomorrow(www.CFACT.org) and author of books and articles on energy and environmental policy.