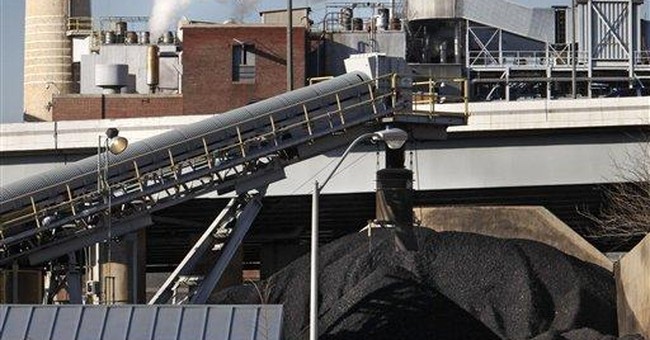 That’s “bait-and-switch,” and Fred could be prosecuted for consumer fraud.

In the political arena, however, bait-and-switch is often rewarded, not punished – especially in the case of global warming alarmism. Instead of fines or jail time, politicos get committee chairs, presidencies, speaking fees and Nobel Prizes. Scientists and bureaucrats receive paychecks, research grants and travel stipends for Bali. Activists get secretive government payments for “public education” campaigns. Companies get government contracts, subsidies and seats at the bargaining table. And all are lionized or canonized for supporting Climageddon theories and policies.

Global warming bait-and-switch starts with simple statements that few would contest – then shifts seamlessly to claims that are hotly disputed and supported by little or no evidence.

Bait: 99% of scientists agree on the presence of human-caused global warming. Switch: The debate is over. Humans are the primary cause of temperature increases.

Bait: Atmospheric carbon dioxide from human activities is increasing. Switch: CO2 is the dominant greenhouse gas and is reaching unprecedented and dangerous levels.

Bait: Even little things like reducing personal energy consumption help the environment. Switch: We can stop climate change by switching to wind and solar energy.

The perpetrators of these B/S schemes may never be chastened or prosecuted. However, as in the case of consumer fraud, an informed public is less likely to get fleeced.

President Obama and congressional Democrats support a $650 billion carbon cap-and-trade tax on every household, business and factory in America. If they introduce legislation amid this recession, voters, energy consumers and more responsible legislators should keep important facts in mind.

No one yet knows what solar energy fluctuations, planetary orbit shifts, recurrent oscillations in ocean currents, cloud cover variation and other natural forces combined to cause these potent climatic changes. But there is no evidence that they have suddenly been displaced by human CO2 emissions.

Growing numbers of scientists say the climate change debate is far from over, and global warming was never a crisis. Over 650 certified meteorologists and climate scientists are on a US Senate compilation of climate cataclysm skeptics – and 32,000 scientists have signed the Oregon Petition, saying they dispute claims that humans are causing climate change, and the changes will be disastrous.

Many of them are meeting in New York March 8-10, at the 2009 International Conference on Climate Change. They may not drive the final nails into the coffin of climate hysteria, but their findings and analyses underscore the lack of evidence for scary “forecasts” that are routinely generated by woefully inadequate computer models and self-interested researchers, activists and politicians. They will point out that planetary temperatures are no longer rising, hurricanes are not increasing in number or intensity, ice caps are not disappearing, and moderate temperature and CO2 increases benefit plant growth.

The UN’s Intergovermental Panel on Climate Change claims to be the world’s “most authoritative body” on the subject. However, only “something on the order of 20%” of the panel’s scientists “have some dealing with climate,” admits a senior member. Even the IPCC chairman is an economist, not a scientist.

Worse, says atmospheric scientist Dr. Roy Spencer, the IPCC insists that human carbon dioxide emissions drive global warming. It has “never seriously investigated” the possibility that climate change might be natural. The IPCC sees only what it is looking for; it sees nothing it is not looking for.

Atmospheric carbon dioxide levels may have “soared” from 280 ppm to 385 ppm over the last century. But this represents an almost trivial rise from 0.03% of the atmosphere to 0.04% – the equivalent of an increase from 3 cents to 4 out of $100, or from 1.08 inches to 1.44 inches on a football field. The dominant greenhouse gas is water vapor, which nature controls via evaporation and precipitation.

New York, Holland and Bangladesh might be inundated by a 49-foot rise in sea level, if the entire West Antarctic ice sheet melted. But that would require a global temperature spike far greater than even Al Gore has prophesied. The average temperature for the peninsula’s two-month summer is barely 36 F; in the winter, temperatures are below minus 50.

Unplugging unused appliances and switching to CFL bulbs may help jet-setting Hollywood celebrities feel better. But they will not stabilize Earth’s climate. Even grounding Al Gore and John Travolta’s private jets, scrapping every US automobile, mothballing America’s coal-fired power plants, and slashing US CO2 emissions by 80% (back to 1905 levels), as President Obama wants to do, will have little effect.

Even the IPCC recognizes that perfect compliance with the Kyoto Protocol by every country would reduce global temperature increases by only 0.2 degrees by 2050 (assuming CO2 does drive global warming). But Europe has put its greenhouse gas reduction programs on hold. Australia is poised to reject cap-and-trade plans. China and India are building new coal-fired power plants every week.

Nearly 85% of US energy is hydrocarbon based, whereas wind turbines currently provide 0.5% and generate electricity only 25% of the time. Even absent the deepening recession, taxing and penalizing hydrocarbon use and CO2 emissions will drive up energy costs and extinguish far more jobs than can possibly be created via government-subsidized renewable energy and green-collar job initiatives. The impacts on poor families, economic civil rights, living standards and civil liberties would be severe.

Not surprisingly, the more people understand these facts, the worse the hysteria gets. Al Gore: Soaring global temperatures will “bring human civilization to a screeching halt.” Energy Secretary Stephen Chu: “We’re looking at a scenario where there’s no more agriculture in California.” NOAA scientist Susan Solomon: “In ten years the oceans will be toxic, and all life in them will die.” NASA astronomer James Hansen: “Death trains” are carrying poisonous fuel to “coal-fired factories of death.”

So when Congress and the President call for more economic pain through energy restrictions and cap-and-trade bills, demand solid evidence for catastrophic warming and human causation. Don’t accept worthless computer models and worst-case scenarios. And don’t be conned by bait-and-switch tactics.