Another Child Dies as Hamas Breaks Another Ceasefire 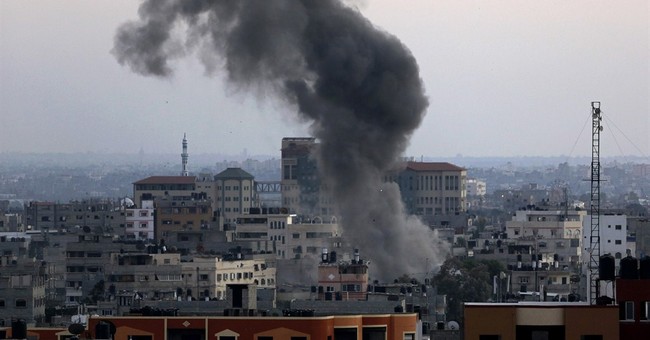 North Korea-China: A South Korean news service reported today that North Korea recently has deployed 80 tanks and other armored vehicles to the border with China in the 12thArmy Corps area. The 12thCorps is an understrength reserve infantry corps based in Yanggang Province in northeastern North Korea.

The report says that the 12th Corps is in charge of "responding to movements of Chinese troops in an emergency. The reason for the deployment supposedly is that China has "betrayed" North Korea because of its nuclear weapons program.

Comment: International news services have repeated this report, which comes from a single source and probably is not accurate. The 12thCorps is a rear area shell organization for managing the local territorial forces .responsible for homeland defense and internal security. It would require mobilization of reserves and resources to reach full combat readiness. It is not a first-line combat unit.

The Yalu and Tumen Rivers and Mount Paektu separate Yanggang from China. The region is mountainous and most of it is not suitable for tanks or for Chinese forces to cross into North Korea in strength. Yanggang Province leads nowhere because its infrastructure is poorly developed and the terrain is difficult to traverse. It is not an invasion corridor into North Korea. It is a tourist attraction because Mount Paektu is sacred to Manchus and to Koreans.

Chinese relations with North Korea are strained over the nuclear weapons program and by the North's persistent rocket and missile launches. Nevertheless, open sources have not reported new developments that would suggest a Chinese military threat to North Korea, especially in remote Yanggang. The theme of Chinese betrayal emerged in North Korean internal propaganda shortly after Kim Jong Un became leader and is now two years old. China has not invited Kim to visit Beijing on a state visit.

China-India: An Indian official told a press outlet that Chinese troops twice crossed the Indian border into Ladakh, a remote area of the western Himalayas. Some soldiers unfurled a banner that read, "This is Chinese territory, go back," before returning to the Chinese side of the Line of Actual Control, which forms the unofficial border. Indian border police reported the Chinese incursion on Sunday.

The official said Chinese troops returned to the area on Monday and displayed their banner again.

Comment: This is the same area where Chinese troops crossed last April and set up camps. That action triggered a three-week standoff with Indian soldiers that nearly escalated into exchanges of fire. Meetings between diplomats and senior military officers produced an agreement by which the Chinese withdrew from the Indian-claimed territory.

As in last April's confrontation, there seems to be no motive for the Chinese incursions except to assert sovereignty. In that regard, the action by the small Chinese ground force in the Ladakh region matches the aggressive assertions of sovereignty by Chinese naval, hydrographic and sea security patrol ships in the South and East China Seas.

China is prickly about sovereignty and its actions on the ground and at sea are far pushier than their diplomats like to pretend. The Foreign Ministry seems out of touch with what Chinese security forces are doing almost all of the time.

Pakistan: Tens of thousands of anti-government protesters armed with wire cutters and backed by cranes marched on Pakistan's parliament Tuesday. They removed barriers that blocked them from entering Islamabad's "Red Zone" which contains the official residences of the prime minister, the president and diplomats.

Prime Minister Sharif called out the Army to protect key government buildings and the diplomatic compound.

Comment: Sharif's reliance on the Army is almost certainly intended to test its responsiveness to civilian authority. The danger is that the Army will judge Sharif's order a sign of weakness as a leader. The Pakistan Army has a longstanding tradition of aversion to missions involving support to civil authority. Sharif's order for the Army to protect buildings from demonstrators carries an implication of deliberate debasement. The Army leadership will resent it and now has troops deployed in the capital to enable it to overthrow the government by simply siding with the opposition.

Note to analysts: One of the most basic rules of analysis of internal instability crises during the past 67 years is that government actions are almost always the final proximate cause of the government's own downfall. Sharif seems particularly prone to blunder in handling the Army.

Syria: President al-Asad's forces have pivoted to intensify the fight against fighters of the Islamic State of Iraq and the Levant in Syria. During the past two days, Syrian fighter jets have attacked positions on the Iraq border and executed a series of attacks against the ISIL headquarters in Raqqa, in eastern Syria.

Comment: For two years, the more tolerant Islamic insurgent groups have claimed that the Syrian government was responsible for the emergence of ISIL, as part of a strategy to set Sunni rebels against each other. That strategy worked to eliminate the secular opposition fighters and to weaken the Islamist-but-tolerant opposition groups and al-Qaida's surrogate, the al-Nusra Front.

Syrian experts now judge that the Ba'athist leadership perceives that ISIL is a growing threat to the government's gains this year in western Syria. As a result, it is devoting more resources to halt ISIL. ISIL's emergence has distilled a growing coalition of the unwilling, who are finally starting to take action to stop ISIL, but not to cooperate or coordinate with each other.

Israel: An Israeli military spokesman said the air force executed air strikes in the Gaza Strip in response to Palestinian rocket fire that broke the ceasefire. One child is reported to have died as a result of the strikes. Gazans once again fled to UN shelters.

Israeli news sources reported at least eight rockets were fired, but caused no casualties nor caused any damage. A spokesman for Prime Minister Netanyahu said, "This rocket attack was a grave and direct violation of the ceasefire."

The Prime Minister directed that the Israeli negotiating team withdraw from ceasefire talks and it has returned to Israel.

Comment: The Palestinians have proven they are not reliable negotiating partners because they cannot control the hotheads in their movement. They have broken every ceasefire arranged during Operation Protective Edge. The Palestinians have not yet had enough death, destruction and blood-shed.

The agreed ceasefire has collapsed, but the Israeli government said it will respond to attacks, not initiate them. If the Palestinians do not shoot rockets, Israel will not execute air strikes.

Ukraine-Russia: Next Tuesday in Minsk, Ukrainian president Poroshenko and some European Union leaders will meet Russian President Putin apparently to discuss a peace settlement. Ukraine's foreign ministry announced a deal had been reached on the Russian humanitarian aid convoy for the secessionist region of eastern Ukraine.

Comment: The NightWatch hypothesis is that Putin and Poroshenko have reached some form of understanding that will settle the secession and enable humanitarian aid to come from Russia. In return, Ukraine will not fully embrace the European Union.

Nigeria: The BBC reported that a group of soldiers in northeastern Nigeria is refusing to fight Boko Haram until they receive better equipment. One soldier said at least 40 of his colleagues would refuse orders to deploy.

"Soldiers are dying like fowl," the soldier said. "The Nigerian army is not ready to fight Boko Haram." He said that soldiers were not being given enough weapons and ammunition to take them on. "Boko Haram are inside the bush, everywhere."

A Nigerian defense ministry spokesman said the incident was being investigated. He denied that soldiers were being "sent to die

Comment: This is the first open source report of a mutiny in the Nigerian Army. Going back to the Nigerian civil war of 1970, Nigerian soldiers always blamed their failures on lack of weapons and ammunition, manpower shortages and bad leadership. Some of those excuses are well-founded. However, none explains their practice of running away from their bases in the north, without firing a shot, at the first sign of Boko Haram pickup trucks.