Mona Charen
|
Posted: Apr 15, 2016 12:01 AM
Share   Tweet
The opinions expressed by columnists are their own and do not necessarily represent the views of Townhall.com. 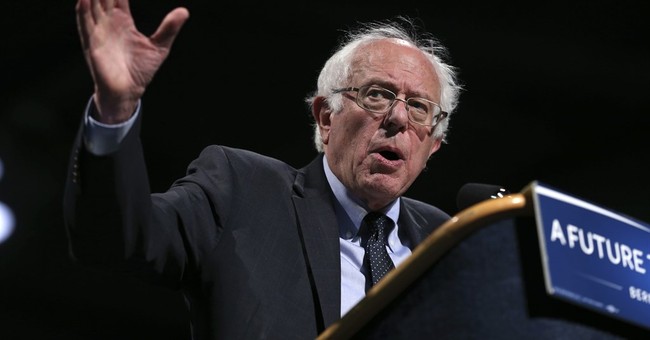 Does this sound familiar? "They wanted something new, something fresh, and they found in this man a radical discourse. He said he would get rid forever of the old elites."

Or this: "He ran as the outsider, the non-politician in a country which had come to distrust politicians. The media loved him, and he loved them back. ... They gave him huge amounts of newspaper space and hours on television."

Or this: "He can be funny. He can seem buffoonish. He obeys none of the rules for what is expected of a head of state, or for that matter, a public official on television."

These are not, as you may have guessed, quotes about Donald Trump, but about the late Hugo Chavez of Venezuela -- tribune of the people and scourge of the establishment. Looking back at him now he seems a perfect laboratory mixture of Donald Trump and Bernie Sanders. He died of cancer before witnessing the ruin he brought down on Venezuela. His handpicked successor, Nicolas Maduro, is presiding over that train wreck now.

The Trump half of Chavez is the skilled showman (shaman?). During his presidency, Chavez used television to maintain his magnetic hold on his followers. He was the host, star and main performer on a weekly program called "Alo Presidente." The show was his platform to preach, to rage, to cajole, and, above all, to entertain. During his term, he hired and fired more than 130 cabinet members. It was a bit like "The Apprentice." He would drag a minister onto the program and demand, before a large audience, that the official account for land use, or imports, or lagging social services. The hapless minister would then often be berated by the president and sometimes fired for his poor performance. Nothing that went wrong in Venezuela was the responsibility of the president, but of a trail of incompetent hirelings. Off with their heads! And then there might be a little song and dance ...

Umberto Eco noted the pattern: "History is rich with adventurous men, long on charisma, with a highly developed instinct for their own interests, who have pursued personal power -- bypassing parliaments and constitutions, distributing favors to their minions, and conflating their own desires with the interests of the community."

The Bernie side of Chavez lies in his economics. Chavez loathed capitalism and promised a "Bolivarian revolution" in Venezuela. "We must be aware of consumerism! That's our tendency. It's the capitalistic curse that we were poisoned with. We should spend only what is necessary. ... Not a single dollar to import Hummers! What is that? What is that? What kind of revolution is this? One of Hummers? No way! This is a real revolution!"

Bernie Sanders couldn't agree more. He too preaches "revolution" and condemns consumerism. "You don't necessarily need a choice of 23 underarm spray deodorants," he said, "when children are hungry in this country" -- as if one had anything to do with the other. He denounces Verizon and other "greedy" corporations. "Over the years," Sanders fulminates, "Verizon has made billions of dollars in profit but in a given year has not paid a nickel in taxes." Note the lawyerly "in a given year." What year? According to a spokesman, who cites the company's annual reports, Verizon paid $5.3 billion in income taxes in 2015, $4.1 billion in 2014, and $.04 billion in 2013.

Like Chavez, Sanders singles out individual businesses to stoke the resentment of the crowds. The Walton family, owners of Wal-Mart ("Boo!" the crowd rumbles), pays its workers so poorly that many are forced to accept food stamps and Medicaid. Bernie's message to Wal-Mart: "Get off welfare. Pay your workers a living wage!" Maybe Wal-Mart should pay its workers more, but they might have to raise prices or hire fewer people as a result. Maybe Sanders, who wants a national minimum wage of $15 per hour, should pay his interns at least that much. According to Snopes.com, he pays interns only $12 per hour.

Venezuela's voters indulged their hatreds, not their heads, and voted for Chavez. Today, reports The Washington Post, the oil-rich nation is on the verge of complete economic collapse. There are shortages of everything from flour to toilet paper. Stores feature Soviet-style lines for few goods, and what little is available is rationed. The International Monetary Fund estimates inflation in Venezuela will rise to 720 percent in 2016. The crime rate is among the highest in the world.

Chavismo sure stuck it to the man and shook things up. It was a good show, until it brought down the house.