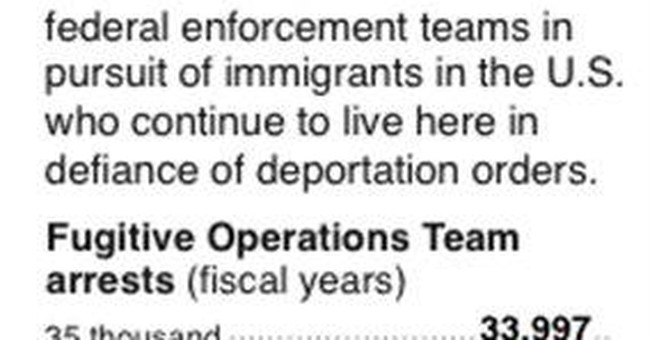 It was just an ordinary Wednesday evening for me. Run to the bank, grab some groceries, and head home. As I approached a busy intersection, I watched as a pick-up truck made a crazy, unexpected left turn directly into the path of an oncoming car.

The crash sent pieces of metal flying in all directions.

Smoke poured from the front of the sedan occupied by a young woman.

The pick-up driver backed up a few feet -- and then, unbelievably, he sped off.

It took my brain a few seconds to comprehend what was happening: in broad daylight, during rush hour traffic with people everywhere, this guy was actually peeling off and trying to escape the accident scene.

I decided to do something of which my wife would have definitely disapproved. I didn't want this jerk to get away with what he did and he obviously was running away for a reason.

So off I went, cellphone pressed to my ear while calling 911.

I wasn't alone. I guess in our post 9/11 world, more Americans are getting involved than ever before. Next to me was a lady driving a big SUV, in front of me was a guy in a little sports car. The three of us were determined to follow this guy and get the police to dispense justice.

As this strange medium-speed chase proceeded, I noticed the guy's pick-up truck was wobbling all over the road. The impact of the accident bent one of his tires dramatically, making his escape pretty unlikely. And that explained why he wasn't driving any faster than he was. He couldn't.

About a mile down the road, he finally pulled over into a parking lot, smoke pouring out of the front of his pick-up. I noticed that there was yard care equipment in the back of the truck.

Both doors opened and four Hispanic men, all covered in dirt from a day spent working outside, poured out of the vehicle.

Suddenly, it seemed pretty obvious why the men were fleeing the scene.

I was a witness to a scenario played out on a regular basis in the USA. The odds were pretty good that these were not legal citizens of our country. Without a drivers license or insurance, they knew that after they had the accident, their best chance was to try and get away as quickly as possible.

Never mind that a young woman minding her own business driving down the street could have been killed. These guys wouldn't dream of taking responsibility for what they did.

They are part of an army of people who is constantly defended by people who like to claim that illegals are just hard-working, decent, honest people.

These guys in the truck might be hard-working, but running from a car accident they caused sure doesn't bring the terms “decent” or “honest” to mind.

And as one of the bystanders said to me, if their tire wasn't bent so badly, wouldn't it be likely that they would have been tearing down the road at a high rate of speed, putting every man, woman and child's life in their path in danger?

This is the dirty little secret about illegal immigration.

While people debate labor costs and the economic aspects of illegals, very few want to focus on the kind of crime I witnessed.

When you sneak into a country and hope to stay off the radar by refusing to pay taxes or be an official part of our society, this is something that is bound to happen, over and over again.

In Tempe, Arizona, a beautiful young high school band member was killed by a drunk driving illegal immigrant, a man who was cited two years ago for the very same offense, driving while intoxicated.

It seems to me that if we do anything at all, we can at least deport illegals who drive drunk, beat their wives, or rob someone. When the police arrived at the parking lot where the four men in the pick-up were waiting, they were met with a brick wall of silence. Who was driving? No answer. Do you speak English? Nothing. Why did you guys run? Silence.

Fortunately, the lady in the SUV knew exactly who was driving and pointed him out to the police. Within minutes, he was in handcuffs being led away to jail. One down. How many more to go?

We can't count that high.