The Path to Democracy and Stability in Pakistan 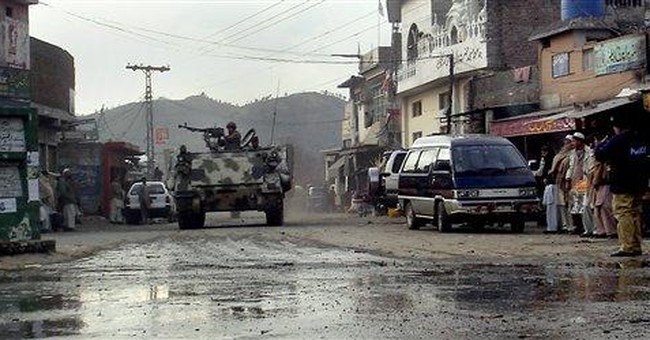 Who are we fighting in this War on Terror? For many Americans, the War on Terror remains a confusing concept. We are used to wars against countries, not against a group of people brought together by an ideology and hatred of the West. Our enemy is most easily defined by their acts: the attacks of September 11th exemplify the threat they pose. Now, with news that the CIA has concluded that members of al-Qaeda, in concert with allies of Baitullah Mehud, a Pakistani tribal leader, were responsible for the murder Benazir Bhutto, we are reminded that this War on Terror isn’t just about the safety of the United States, but the fate of the world.

Another foreign nation is in crisis. Americans should appreciate yet again how fortunate we are to live in a country that is both free and stable. We do not worry about one killer turning our political system upside down.

The contrast today with Pakistan could not be greater. The murder of opposition leader Benazir Bhutto was a tragedy on many levels. Her family has lost a wife and mother. Her party has lost its soul and inspiration. Her country has lost an intelligent, courageous woman prepared to lead in difficult times. The rest of us have lost one of the world's leading female politicians—living proof that a woman can run the government of an Islamic nation. Bhutto could have helped turn Pakistanis and Muslims elsewhere away from the failed politics of extremism and terrorism and towards the positive approach of global engagement and leadership.

Bhutto's death was a blow against people of goodwill all over the world. But we must not grow discouraged. To the contrary, the U.S. and its allies must redouble their efforts in the War on Terror and aid Pakistanis as they attempt to advance democracy in their nation.

All people are entitled to self-government. Throughout history, all people have sought self-government. Unfortunately, however, not all people are ready to build stable and free political systems. This is the ugly truth that we have learned in the Middle East. Iraq, Egypt, Jordan, and other Muslim states have suffered under autocracy. All have taken some moves toward democracy but still face enormous barriers to the practice of liberal democracy in their nations.

For democracy to work, government must be built on respect for the life and dignity of its citizens. People must be willing to work peacefully with other groups and accept defeat in elections. Private mediating institutions are necessary to link individuals and families to communities and the nation.

Washington has long worked with various governments in Islamabad. Since September 11th, the U.S. has provided the Musharraf regime with some $10 billion. For that money, America has won at times reluctant cooperation in the fight against both the Taliban and al-Qaeda. Unfortunately, all of Pakistan has not been fully in the fight.

Many residents of the provinces bordering Afghanistan have welcomed America's enemies as guests. The Pakistani military has been unable--or unwilling--to clear out these safe havens. Even many secular Pakistanis are hostile to America, which they blame for supporting military dictatorships at home. Thus, we should consider a new strategy in Pakistan.

We also must ensure that our aid actually goes to help people in need. Military assistance will remain vital so long as the Taliban and al-Qaeda remain threats, but the U.S.-Pakistan relationship must not focus on security alone. Non-governmental organizations, including those which promote the full economic, political, and social advancement of Pakistani women, should take on a greater role, bypassing the Pakistani government and establishing a direct relationship with community and tribal leaders. As some Middle Eastern suffragettes have remarked, half a democracy is not a democracy. Finally, Washington must demonstrate that it has learned humility and is willing to listen to the Pakistani people even as it encourages them to remain on a democratic path.

Benazir Bhutto won renown as one of the world's most noted female politicians. But, more important, she earned respect as one of her nation's most important leaders, irrespective of sex. The best way to honor her legacy and advance our interests in this War on Terror is for the American people to become true partners of the Pakistani people in order to encourage both democracy and prosperity in their nation. This approach will make us more secure. This commitment also represents America at its generous and democratic best.