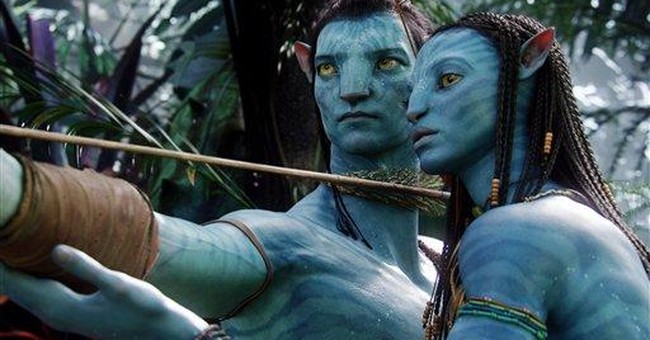 It’s no surprise that liberals and conservatives see our world in starkly different terms, but they also display contrasting views toward other worlds, generally disagreeing about the possibilities of intelligent life elsewhere in the universe.

These clashing opinions on extraterrestrials amount to more than a trivial split on an arcane topic; they connect, in fact, both logically and emotionally to big conflicts over worldview, culture, politics and America’s role in history.

In Colorado, these conflicts erupted in a recent battle over a proposed Denver commission to investigate visitations from alien life forms. Initiative 300 won enough signatures to qualify for the ballot in November 2010 but lost in a landslide, with conservatives leading the derision of the “ET Initiative,” as a loony waste of taxpayer money. The chief support for “greater transparency” regarding sightings and encounters came from the city’s Bohemian left, with advocates proudly citing the interest in flying saucers from liberal icons like Jimmy Carter and John Podesta, Bill Clinton’s former chief of staff.

Polls show that Americans remain closely divided on attitudes toward extraterrestrials, with a 2008 Scripps Howard/Ohio University poll reporting 56% who believe it is “very likely” or “somewhat likely” that intelligent life has developed in other worlds. Self-described Democrats (according to the same survey) are far more likely to say they have personally seen “visitors from another world” than are their Republican counterparts, who remain distinctly skeptical.

These differences stem in part from religious convictions, with conservatives far more likely to uphold traditional approaches to the Bible and organized faith. While nothing in Scripture explicitly denies the possibility of life in distant galaxies, the Biblical account of directed creation makes it far easier to accept the notion that this small, inhabited planet is alone in the universe.

Liberals, on the other hand, profess wider acceptance of the idea that earthly life emerged through random forces and happy accidents; therefore, the existence of stars and potential planets into the billions suggests that that similar coincidences would produce advanced life forms somewhere else.

The differing views on extraterrestrial intelligence stem from a core argument about the presence (or absence) of higher purpose, of supernatural direction in our existence on earth.

That same dispute divides liberals and conservatives regarding the rise and the role of the United States. On the right, there’s a much stronger tendency to credit the notion of America as a “heaven rescued land” (in the words of The Star Spangled Banner), and to see evidence of Divine favor in the emergence of the world’s most powerful civilization in a corner of North America which, a mere 400 years ago, counted as perhaps the least developed portion of the planet.

For liberals, however, the idea that God decreed prosperity and prominence for the United States smacks of swaggering jingoism, and imperialist arrogance. They are far more likely to see America’s success as the result of good luck, or even rapacity and ruthlessness, rather than the consequence of Providential intervention.

One of the moment’s most emotional debates centers on the related notion of “American exceptionalism”: does our country represent a uniquely blessed, beneficial development in human history, or a flawed nation state like many others, displaying a maddening mix of admirable and appalling characteristics? A recent Gallup poll asked respondents whether other nations of the world should follow America’s example: Republicans overwhelming said “yes” while Democrats split evenly on the proposition.

While neither Obama nor Palin has ever provided definitive discourse on their view of life on other worlds, it’s easy to imagine the president maintaining a more open attitude than the former Alaska governor. If you believe that the United States is utterly unique in human history, an unprecedented and potently purposeful experiment under higher power protection, then it follows that earth itself enjoys similarly singular status, freakishly favored within a lonely universe. On the other hand, the suspicion that America counts as only the latest in a long succession of rising and falling world powers can easily co-exist with assumptions that our planet joins countless other centers of intelligent life in a teeming cosmos.

A liberal slant in politics or policy doesn’t make you an automatic believer in extraterrestrial visitors, any more than a conservative worldview compels the insistence that human beings will never discover other-worldly counterparts. But an impassioned affirmation of American exceptionalism naturally connects to comparable assumptions of earthly exceptionalism, and helps define one of the most significant but least noted divisions defining the current gulf between right and left.