The Outrageous Attack on Conservative Christians After the Orlando Massacre

Michael Brown
|
Posted: Jun 20, 2016 12:01 AM
Share   Tweet
The opinions expressed by columnists are their own and do not necessarily represent the views of Townhall.com. 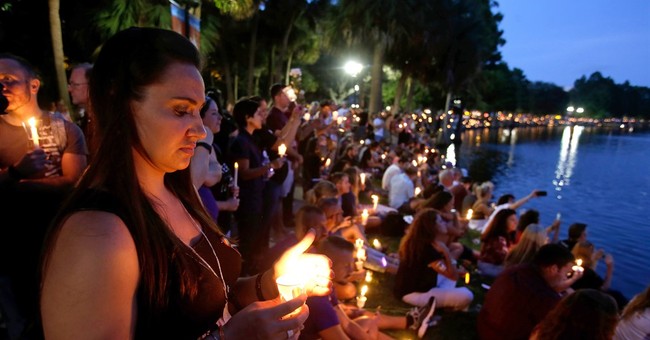 In the aftermath of the Orlando massacre, leftist voices are not only blaming conservative Christians for the tragedy, they are now calling on Christians to renounce their sacred beliefs and historic convictions, as if holding to a biblical definition of marriage leads to mass murder.

This is not only ridiculous and reprehensible. It is also logically absurd.

Let’s say that for years, gay activists vilified conservative Christians in the ugliest ways, not only calling us bigots and hypocrites and equating us with Hitler, the Nazis, the Taliban, and ISIS, but also saying that we deserve to die, sending us death threats, posting death wishes on social media, and holding up posters at rallies with lines like, “Throw them to the lions!” (For the record, this is not hypothetical. I can document every word of this in sickening detail.)

Then, one Sunday morning, a radical Muslim of Iraqi descent barges into a church service and kills 49 worshipers, injuring 53 others before he is killed.

Are the gay activists to blame or is the radical Muslim to blame?

Are the gay activists complicit?

Of course not, despite their hatred and animosity.

What if conservative Christians turned to gay activists and said, “Can’t you see the damage your words have done? Can’t you see that your death threats helped produce this toxic, murderous environment? It’s time that you renounce your homosexuality!”

What would the reaction be from the gay community? One can only imagine.

This time, it’s outspoken atheists who have been vilifying conservative Christians, mocking their intelligence, belittling their God, scorning their Scriptures, and even claiming that is it child abuse for Christian parents to be able to teach the tenets of their faith to their own children. (This, of course, has been happening for years as well.)

After years of abusive atheistic comments, the radical Muslim barges into that Sunday church service and carries out his massacre.

Are the atheists to blame? Are they complicit in the attack? Do they bear some of the responsibility?

And could conservative Christians turn around and say to them, “Look at the damage you’ve done. It’s time you renounce your atheism and embrace Christianity”?

Yet gay activists and their allies on the left are not only blaming Christians for the Orlando tragedy, they are telling us it’s time to change our beliefs. How utterly and completely absurd.

The fact is, my parallel scenarios were not even true parallels, since conservative Christians have not been engaging in hate speech against gays and lesbians. (Note to the LGBT community: Just because you call something hateful doesn’t make it hateful.)

We have not been calling for their murder (God forbid!), and even the miniscule, fringe minority, of professing Christians who call for the death penalty for practicing homosexuals do not call for their murder. (Note also that, as Christians, we oppose adultery, fornication, polygamy, and polyamory, but we don’t hate adulterers, fornicators, polygamists, or polyamorists, nor do we call for their death.)

We have simply said that God designed men for women and women for men, that children deserve a mother and father, that homosexual practice is sinful, that a teenage boy shouldn’t be playing on the girls’ sports teams and sharing their locker rooms and shower stalls, and that a biological male is not a woman.

There is no hatred in these positions, no vilification of fellow-human beings, no calls for violence, no death threats or death wishes. Instead, there is a proclamation that all of us have sinned against God, that all of us are fallen and flawed to the very core of our beings, that all of us deserve death, and that, through Jesus, God wants to have mercy on all.

What has happened is that Christians have pushed back against laws that we feel are unjust or unhelpful, especially laws that endanger our most fundamental national freedoms or that could potentially endanger our children.

In response, leftist activists have called us haters and bigots and worse. But that is simply their perception. (I have documented this as well, demonstrating how gay websites have bashed Christian rallies and put ugly words on the mouths of the speakers, whereas in reality not a single speaker engaged in anything resembling hate speech.)

So, we simply stand up for marriage and family and for freedoms of religion, conscience, and speech in response to a radical LGBT agenda to reshape our nation, and our opponents attack us in the most vile and even hysterical tone, equating us with ISIS and the like.

In other words, the so-called toxic environment which conservative Christians have allegedly created is largely the product of the interpretation put on our words by gay activists and their allies.

But there’s one more thing that needs to be addressed.

Followers of Jesus do not pick and choose what we believe. As Augustine once commented, “If you believe what you like in the gospels, and reject what you don't like, it is not the gospel you believe, but yourself.”

It’s not up to us to reinterpret a biblical truth because society doesn’t like it or because it’s considered out of fashion. It’s not up to us to tell the Creator what’s best for His creation or tell the Ruler of the universe how things on earth should go, nor is it our job to lecture the Judge of the world about justice.

In my opinion, the answer is willful ignorance.

The leftists have embraced lies about conservative Christians for many years now and they are simply building on the foundation of those lies. Believers in Jesus (and other conservatives) better prepare well for the coming storm.