No, There Won't Be a Brokered National Convention 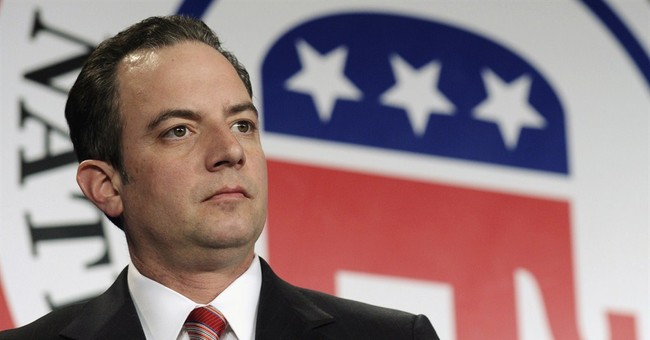 Trending
All around the political blogosphere you can find folks smacking their lips over the prospect of a "brokered" Republican national convention. They look forward to the spectacle of delegates assembling in Cleveland with no candidate having a majority, of multiple ballots with governors, floor demonstrations after nominating speeches, congressmen running as favorite sons and delegates demanding that state delegations be polled.

Political junkies relish the idea of watching hours of convention proceedings with the same frisson of ignorance about the outcome that makes sports broadcasts the only live television still commanding a large audience.

I have bad news for those looking forward to a brokered convention. It. Isn't. Going. To. Happen.

That's because it's impossible for party national conventions to serve the same function they did for more than a century after the first Democratic National Convention assembled in Baltimore in May 1832.

Over those years the national convention was a unique communications medium, the only place where politicians from across the nation could meet face-to-face, conduct confidential negotiations and reach an agreement.

In those days, men of business -- and the few women of business -- communicated with each other in written letters. Presidents and party chairmen, like business executives and middle managers, spent their days reading their correspondence and dictating responses to stenographers and secretaries. At the end of the day they would proofread the letters, sign them and see that they were put in the mail.

One such man of business was James A. Farley, Franklin Roosevelt's postmaster general and 1932 and 1936 campaign manager, who signed all his correspondence in green ink. In his memoirs Farley wrote how he arrived at Chicago's Union Station for the 1932 national convention with no idea how many delegates his candidate had or how he could put together enough votes for the nomination. There was no medium in which he could engage in serious negotiations except face-to-face during the convention.

Farley also explained how he correctly predicted that Roosevelt would carry 46 of 48 states in 1936. During the fall campaign he took the extraordinary step of placing a long-distance phone call every week to one well-informed politician in each non-Southern state. To double check, he placed another long-distance call to each the weekend before the election.

Long-distance calls in those days were placed through operators and were expensive -- $1 a minute when average earnings were maybe $50 a week. The first direct distance dialing call was not placed until 1951. They weren't available in major cities until the late 1950s and countrywide in the 1960s.

In those days politicians outside of Congress didn't see much of each other in person. Train travel was time-consuming and plane travel hazardous. Regularly scheduled jet travel began when the Boeing 707 was launched in 1958.

It's no coincidence, then, that the last multi-ballot national convention was in 1952, when Democrats nominated Adlai Stevenson. As long-distance calls and jet flights became more common, some of the communication that could occur only at the convention started happening earlier.

The parties' switch to choosing most delegates in primaries, between 1968 and 1972, also changed things. Before many delegates were chosen by party bosses and did their bidding, like the Tammany, New York, mayor who, when asked who his police commissioner would be, said, "They haven't told me yet." You had to wait until the convention to see how these people would vote.

Not so after 1968, when CBS' Martin Plissner conducted the first media delegate count. Network delegate counts were vindicated in the close 1976 contest between Gerald Ford and Ronald Reagan. In 1984 Walter Mondale, just short of a majority after the last primary, got commitments from additional delegates and gave their names and numbers to Associated Press delegate counter David Lawsky. By noon the next day he was effectively nominated.

So what happens if no Republican candidate emerges with a delegate majority from the 2016 primaries and caucuses? Does everybody wait for the convention to convene in Cleveland to see who emerges as the nominee?

The answer is yes -- if you do a few things first, such as ban long-distance telephone calls, ban jet travel, ban media delegate counts and shut down the Internet. Then the national convention can function again as national conventions did up through the 1950s.

Otherwise, the negotiations and shenanigans that used to go on only at national conventions will be happening all around us -- as they already are and have been for many months.