Can Joe the Plumber Turn it Around? 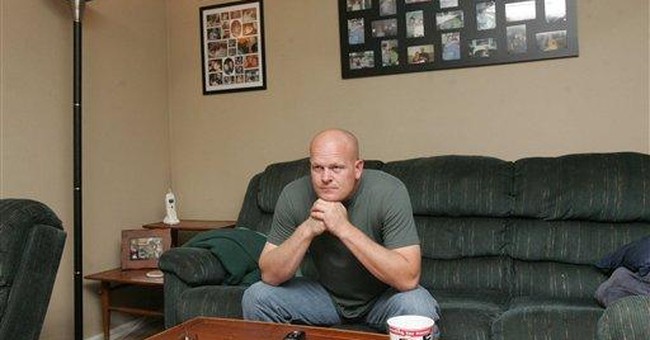 Can Joe Wurzelbacher, Joe the Plumber from Ohio, change the course of this campaign? Thats one question that was raised at the third presidential debate. Wurzelbacher is the man who, in a moment caught on YouTube, confronts Barack Obama on his plan to raise taxes on people like him. Obama, sotto voce, replies that he wants to spread the wealth around. In the third consecutive week in which the headlines of the financial crisis have prompted both candidates to denounce Wall Street greed, the image of those whom Obama would tax higher was suddenly not an investment banker but a plumber.

The conventional wisdom going into the final debate was that the financial meltdown has pretty much finished off John McCains campaign and has made an Obama victory inevitable. The polls -- not just the national tracking polls but those in critical states -- have supported this view unequivocally. The Democratic Party entered this campaign year with impressive advantages that have been undercut by one surprising development after another -- the protracted and bitter contest for the Democratic nomination, the success of the surge strategy in Iraq, $4-a-gallon gasoline, the overgrandiosity of the Obama campaign.

Yet the narrow lead that McCain had after the conventions vanished (if the tracking polls can be trusted) precisely on Sept. 18, the day that Treasury Secretary Henry Paulson and Federal Reserve Board Chairman Ben Bernanke observed a coagulation of credit that threatened to bring down the economy and, in response, advanced the 1.0 version of their financial bailout/rescue package.

In the days that followed, voters seemed to be unnerved by McCains impulsiveness and reassured by Obamas calmness. A majority reverted to the default mode of those long-ago days before the Iowa caucuses and New Hampshire primary: In bad times, throw the candidate of the in party out and put the candidate of the out party in.

It is obvious that the economic platform of neither candidate was fashioned with anything in mind quite like the situation the nation now faces. Obamas cadre of sophisticated economists, if they knew that we would be facing a recession with the potential of ripening into something more dire, would hardly have recommended raising taxes, even on the evil rich like the deposed Lehman Brothers CEO (a Democratic contributor) or Joe the Plumber (more inclined to Republicans). Nor would they have advocated, absent the demands of the unions which do so much to finance and man Democratic campaigns, opposing the Colombia Free Trade Agreement or renegotiating NAFTA.

Both Obama and McCain have recently advanced additional economic planks to help hard-pressed, middle-class Americans. But neither can claim to have contributed much in the way of substance to the actual steps that Paulson and Bernanke -- and, critically, British Prime Minister Gordon Brown -- have taken to get credit circulating in the blood veins of the economy once again. The fact is that neither Obama nor McCain knows precisely what he would do upon taking office Jan. 20, and voters may sense that it is naive to expect they should.

Democratic spin artists have dismissed McCains attacks on Obama as distractions amid a possible economic disaster, and I suspect they will be proved right. Yet it remains the case that about half the voters have doubts about Obama.

In three debates, the spin artists go on, Obama has shown that he more than meets the minimal standards for the office, as Ronald Reagan did in the single debate in 1980, and in a year like that one, in which most voters want the in party out, that will be enough. But the 1980 debate was on the Thursday before the election, and the decisive swing came over the weekend. Voters took almost every minute they could. Will they take more time this year, and give some thought to Joe the Plumber?