At CFPB, Cordray Puts His Pet Hack In Charge of Enforcement

Matt Whitworth
|
Posted: Sep 16, 2016 12:01 AM
Share   Tweet
The opinions expressed by columnists are their own and do not necessarily represent the views of Townhall.com. 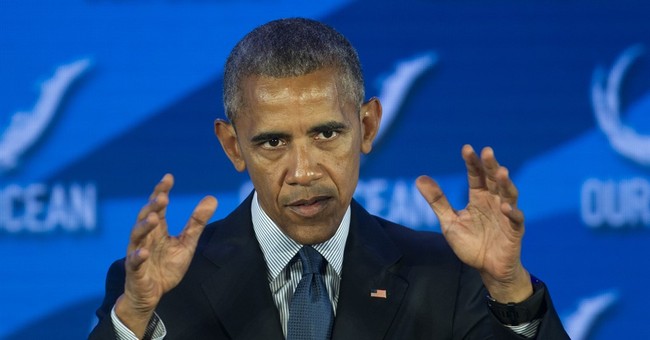 When Barack Obama was first running for office in 2008, he said his election would be the “moment when the rise of the oceans began to slow and our planet began to heal.” He said electing him president would equal the American Revolution in its historical importance.

In one speech he predicted to undecided voters that “a light will shine through that window, a beam of light will come down upon you, you will experience an epiphany ... and you will suddenly realize that you must go to the polls and vote for Obama.” At his convention, he spoke before what Reuters described as an “elaborate columned stage resembling a miniature Greek temple.”

Critics called it a “messiah complex.” Obama's supporters took it seriously. Former Rep. Jesse Jackson, Jr. suggested adding another chapter to the Bible. Director Spike Lee said time will now be measured by “'Before Obama' and 'After Obama.'” One fan produced a calendar; its August (Obama's birth month) prominently displayed the verse John 3:16 – in reference to Obama.

Nearly eight years later, there's a far more troubling way we've seen the cultishness of Obama's supporters manifest itself: in the repeated examples of his aides, flung far and wide to bureaucratic offices across the government, deciding to “play God” rather than follow the law.

Susan Rice and others convinced themselves that the president's reelection justified lying about the Benghazi attack that killed four Americans.

At the Justice Department, Obama aides channeled the financial penalties from enforcement actions against Bank of America and other companies to donations to left-wing interest groups like La Raza, flouting the law and precedence.

Jeh Johnson, the Homeland Security director, abandoned even the pretense of following the law when he issued an order to largely stop enforcing immigration law in this country.

And in a clandestine government program code-named to lead the agency's enforcement division, bypassing dozens of more seasoned and qualified candidates even within CFPB.

D'Angelo's path to becoming the third-ranking official at a major federal agency began as a regional field director for the Obama 2008 campaign.

“It's an unusual move to go from being chief of staff to head of enforcement, especially for somebody who doesn't have a deep background in that area," said Todd Zywicki, a law professor at George Mason University, told American Banker. "This really is an important role and it's one that at most [regulatory] agencies is held by an experienced lawyer or someone with decades of supervisory experience."

Consider someone like Robert Khuzami, appointed the head of enforcement at the Securities and Exchange Commission in Obama's first year in office.

For 11 years, Khuzami had served in the Unite States Attorney's office for the Southern District of New York. He prosecuted one of the most notorious terrorists ever tried in a U.S. court, the “Blind Sheik” Omar Ahmed Ali Abdel Rahman. He oversaw a sting operation that resulted in “the largest simultaneous arrest in a securities fraud case in the Department of Justice history” – over 100 arrests on the same day, including from all five New York City crime families. He had been a law clerk. He had stints in the private sector under his belt. He was 57.

In contrast, D'Angelo is “pajama boy,” the ruthlessly mocked, hot-chocolate-drinking man-child who was used in a prominent P.R. campaign to promote Obamacare. Like D'Angelo, the real-life pajama boy, Ethan Krupp, worked for Obama's campaign. More importantly, Krupp came to symbolize the zealous-liberalism-without-life-experience that D'Angelo represents.

There are plenty of jobs that are perfect for a pajama boy. But head of enforcement at a federal agency ain't one of them.