Will Trump and Cruz Ever Work Together?

Matt Towery
|
Posted: Apr 07, 2016 12:01 AM
Share   Tweet
The opinions expressed by columnists are their own and do not necessarily represent the views of Townhall.com. 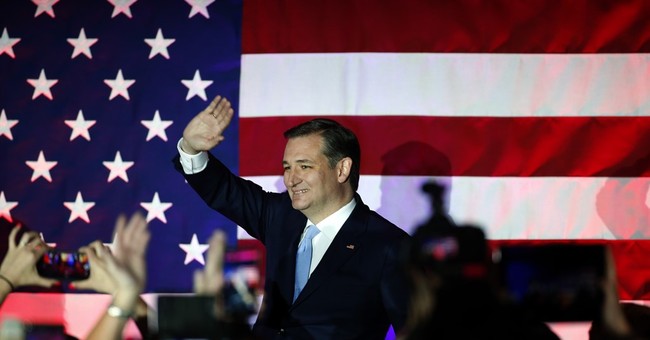 Trending
The following is a column by Scott Rasmussen.

Despite the fact that they are currently bitter opponents, there are a lot of reasons to believe Donald Trump and Ted Cruz could end up working together in the fall campaign.

The basic reason is simple -- it's in each of their best interests to do so. In fact, we already see examples of pragmatism drawing them together. Both Trump and Cruz are calling for Ohio Governor John Kasich to get out of the race.

Additionally, both Trump and Cruz have a shared interest in keeping the Republican Establishment from stealing the nomination. In every primary other than Kasich's home state, outsider candidates have demolished the insiders. It's clear that GOP voters are rejecting the status quo and that reality is driving support for both the frontrunners.

A lot of Republican insiders are hoping for a scenario that will allow a divided convention to ignore both Trump and Cruz to select someone like 2012 nominee Mitt Romney or House Speaker Paul Ryan. Neither would be eligible under the current convention rules, but those rules can be changed at the convention itself.

That effort by the establishment to change the rules gives Trump and Cruz another reason to work together. They will work to insure that their delegates block any such change. Such an effort will protect the voter preferences and restrict the choice to the two men who came out on top during the primary season.

There's been a lot of talk about the fact that neither Trump nor Cruz will have enough pledged delegates to win a majority on the first ballot. That's true, but there will also be hundreds of unpledged delegates who get to vote. That's more than the number of delegates awarded by any single state. Given several weeks of deal making time before the convention, it's quite possible to imagine a first ballot victory for either Trump or Cruz.

Because Cruz has a better organization, he would be heavily favored to win if a second ballot is required. But since Trump is a great deal maker, anything is possible.

So, based upon the recently heated rhetoric, you might expect that whoever loses the convention to storm off with their voters and split the party. But that's not the only possibility. It may not even be the most likely scenario. Even after all the votes are tallied at the convention, there would still be reasons for the two men to work together.

That's because it would be in the best interests of the second place finisher to support the winner. That's what happened at the last contested Republican convention in 1976. President Gerald Ford narrowly edged out Ronald Reagan. Reagan's concession speech was gracious and he worked hard on behalf of Ford all the way until election day.

When Ford lost to Jimmy Carter, Reagan was well positioned for another campaign. Just four years later he took office and became the most significant president of the past half-century. If either of them lose at the convention, both Trump and Cruz will have powerful incentives to follow Reagan's example.

I know it's hard to envision at the moment, but it's quite possible that the Republicans will come out of the convention as a united party committed to defeating the presumed Democratic nominee -- Hillary Clinton. Despite all the rhetoric, both Trump and Cruz will find it is in their interest to unify rather than divide the party.