My Final Column: "Have Fun Storming the Castle"

Matt Towery
|
Posted: Mar 31, 2016 12:01 AM
Share   Tweet
The opinions expressed by columnists are their own and do not necessarily represent the views of Townhall.com. 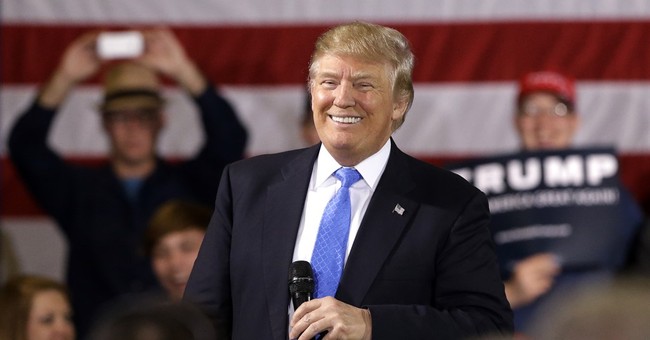 Trending
In six short months I've lost my father and, as an only child, have grappled with caring for my mom. All of this while trying to analyze polls, assist a great law firm, continue a long-planned move to Florida and continue "Newsvesting."

Clearly, something has to give. Sadly, the "give" is this 15-year-old syndicated column. Not because I don't love it. But because it deserves the research and time I will no longer be able to give it.

While I never reached the readership levels of famed columnists, I did strive to tell it like it is from outside the D.C. Beltway. I will leave in that same tradition, thankful to readers and publications that loyally followed or published me.

In the early 1980s, working for a great Republican, then- U.S. Sen. Mack Mattingly, I attended meetings led by Newt Gingrich in his then-tiny House legislative office. Elected officials, young aides and experts would gather informally to listen and give input to Gingrich as the rising star created policies of what quickly became "The Conservative Opportunity Society."

Those efforts became the foundation for his later years as speaker of the House -- a time of welfare reform, tax cuts, and the Balanced Budget Act of 1997. I might note that one John Kasich played a serious role in those efforts as well.

Ironically, some of us who were part of, or witness to, that last real conservative movement are now castigated for taking another political phenomenon seriously.

One fast food chain exclaims "We didn't invent the chicken, just the chicken sandwich." That's how I feel about my 2014 column stating that, should Donald Trump run for president, he would be scoffed at by the media and GOP establishment but would emerge as a strong contender. It seemed so obvious to me. Fifteen months later, Trump still leads the delegate count.

Consider just one simple example of Trump's appeal to his supporters. His proposed wall to stop illegal entry into the U.S. is lampooned and deemed offensive by the media and establishment. But recently a VA hospital in Atlanta erected a wall-like fence designed to prevent shabbily treated and depressed vets from jumping from its parking decks to commit suicide. Trump supporters ask "Why are we forced to wall in forgotten vets but not compelled to wall out those who illegally enter the country?"

Not the logic of policy wonks, but sensible to a lot of frustrated voters.

Gingrich wrote in "The Washington Times" that my early columns on Trump were "prescient." Neither of us was making endorsements. That's not a columnist's job.

I certainly don't know how "prescient" the following observations will be, but, for one last time, here goes.

Trump and Ted Cruz are facing a trap of tradition from the Republican Party. Get along with the political powers in the GOP and you're OK. But operate autonomously and they will manipulate and rig things against you. I know firsthand, having chaired my state GOP convention decades ago. I saw the horror on the establishment's face when I didn't do what they expected.

In the case of Trump, insiders have already thrown everything but the kitchen sink at him.

First by demanding a loyalty pledge. Then running endless negative Super PAC ads. And recently hitting him again with the "anti-female" mantra. This over a lamentable series of Trump jabs at Cruz's wife in response to what Trump perceived as a Cruz-condoned and equally lamentable attack on Mrs. Trump. Sordid, silly and distracting stuff.

The totality of these efforts has potentially slowed Trump's momentum. At the same time, the old guard has accelerated looking at convention rule changes and the filling of state delegations with anti-Trump delegates.

Clearly, they aren't sure they can slow him down enough at the ballot box. But to try, some leaders who intensely disliked Cruz are now embracing him. He doesn't go along or get along with his fellow GOP senators, a badge of honor this election cycle. But they will support Cruz to help him deprive Trump of a first-round victory at the GOP convention. Then, in subsequent rounds of voting, with delegates increasingly free to vote as they wish, those delegates could look elsewhere for a nominee.

If this all comes to pass, the GOP will cease to exist as a major party. Trump's supporters will abandon the party. Cruz's supporters, if double-crossed, will sit November out. A Republican Party that currently exists purely for the sake of holding power will come to an end. Perhaps a good thing. This likely won't be resolved until the July Cleveland convention.

Years ago, I quit letting politics rile me up. So, if the Republican Party explodes, I might just hear it from under a palm tree!

Thanks for reading, and since I won't be part of the fracas to come, I'll simply quote Billy Crystal's character in the classic movie, The Princess Bride. "Have fun storming the castle!"