Matt Towery
|
Posted: Feb 18, 2016 12:01 AM
Share   Tweet
The opinions expressed by columnists are their own and do not necessarily represent the views of Townhall.com. 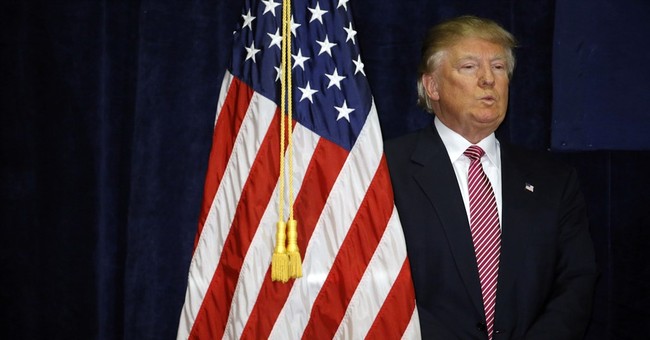 Many a political pundit was stunned to hear Donald Trump's blunt attacks on President George W. Bush in a debate held last week in South Carolina. Trump severely criticized Bush's alleged failure to prevent 9/11 and his decision to invade Iraq. And when Trump called Ted Cruz a liar to his face, the gauntlet had truly been thrown down. Trump even muttered that Planned Parenthood did some good things, quickly adding that abortion was not one of them.

Most talking heads and political writers deemed Trump's performance a disaster. Even his own supporters feared the results of the post-debate polls. But a funny thing happened on the way to Trump's presumed demise. The subsequent polls in South Carolina showed Trump maintaining his lead by double digits. I doubt that Trump gambles much at the casinos, but in business he has likely rolled the dice quite often, and not always to his advantage. But this time he may have hit the jackpot.

By attacking the Bush family, Trump moved the political dialogue to a Trump-versus-Bush war of words. That only intensified coverage of former President George W. Bush's campaign appearance in South Carolina for brother Jeb, just days after the debate. The result of that strategy seemed to shift momentum for the second- or third-place spots in the primary a bit towards Jeb Bush. As the primary neared, it was increasingly looking like Bush and Rubio -- they call the two candidates "Jebio" in the Florida media -- were close to each other in the polls. Bush was gaining attention and momentum and Rubio, at least at mid-week, was stuck in neutral.

As for Trump's declaration that Ted Cruz is a liar and plays dirty politics, again, the post -debate polling suggested that Cruz was frozen in his tracks, gaining little from the exchange. In fact, both a poll for CNN and an Opinion Savvy tracking poll indicated that Trump still held a huge lead over Cruz, the presumed darling of evangelical voters, among respondents to the polls who proclaimed themselves Christian conservative.

So, was Trump's seemingly out-of-control performance the work of a madman or a genius? At mid-week before the Saturday primary, it appeared that it was the latter. Trump had managed to stall Cruz and Rubio and to elevate Bush. Trump would like his final showdown for the nomination to be against Bush, whom he views as the personification of establishment Republicans in a very anti-establishment year.

There is one wrinkle in Trump's strategy. His attacks on Cruz have seemingly worked. But his kind words towards Planned Parenthood have been turned into a powerful attack ad to help Cruz attempt to reclaim evangelical voters. With two CNN town-hall-style debates looming and that particular attack ad running, Cruz might eat into Trump's final numbers when the votes in South Carolina are counted.

Regardless of the outcome of the last debate to be held, it is clear that in South Carolina, just as in New Hampshire, Trump has a solid 30 percent-plus who will stick with him through thick and thin. That means, absent a total collapse, Trump leaves South Carolina either with another win or at least another solid performance.

And with polls showing Trump with large leads in the upcoming southern states that will make up the bulk of the March 1 "Super Tuesday" vote, it would seem that the GOP "establishment" may have missed its chance to cut off Trump at the pass in South Carolina.

Interestingly, the obvious stacking of the debate halls with longtime GOP movers and shakers may turn out to have been the most important reason for Trump's ability not only to survive but to thrive after each event. Think about it: The man fills large arenas for his own campaign appearances, yet everyone at the GOP-sponsored debates boo and hiss him. It doesn't take a Rhodes Scholar to understand what's going on in those stacked debates. And those who already support Trump are just more determined to support him when they witness the obvious.

So as the GOP establishment has gambled without success with the stacked debate halls, Trump has gambled with obviously controversial statements, all of them designed to determine the final contestants he will face on his way to the likely determinative winner-take-all Florida primary next month.