An Iowa Warning for Donald Trump 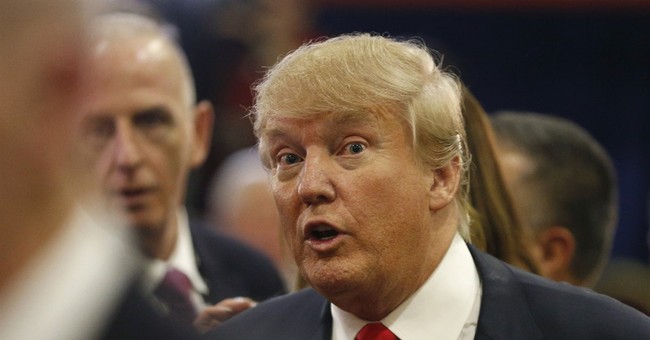 Trending
As someone who polls and comments on politics, it is my job not to personally support a candidate. I call things as they are. And because I do, in the case of Donald Trump, "I was betting on Trump before betting on Trump was cool."

I was right about him this time last year when I wrote in this column that he would be a major force in the GOP race. And month after month, while the media establishment, political pollsters and pundits kept trying to write Donald Trump off, I wrote about the reasons why he was and would remain in first place.

Having examined advanced raw data from several ongoing polls conducted in numerous states the day after the CNN debate, two things are clear. Trump was declared the winner by the highest percentage of likely voters who watched the debate and he continues to lead in the overall race for the nomination.

The polling data also suggests Ted Cruz is in a comfortable second place in numerous states and Ben Carson is, for the moment, crashing.

Since I was likely the first columnist to suggest Trump would be a huge force in the GOP when I penned my column on his chances last December, here is a message written specifically for Donald Trump. Heed this message, Mr. Trump. It's the one thing I am sure of, and it's called "The Selzer Effect."

Iowa is a wacky first-in-the-nation caucus, and it's not because the people there aren't great. In fact they are, and therein lies the problem. With a relatively small population and not many large media markets, Iowa is not the norm for the rest of America. And one newspaper, The Des Moines Register, has complete media control of the state. For those who don't know, the paper's editorial page has not been too kind to Donald Trump.

But the editorial page should not be Trump's concern. Their endorsements often go to candidates who end up losing in the Iowa caucus. The real potential problem for Trump is the paper's pollster, Ann Selzer.

One would think that polling a relatively small-in-population state, composed overwhelmingly of white voters, would be a fairly simple thing. But as the caucus vote nears, Iowa voters are bombarded with really nasty ads that usually cause huge shifts in opinion. And that's where Selzer comes into play.

Many polling experts dub her the most accurate pollster in America. Whether that's the case or not, Selzer's polls are so influential they can shift momentum quickly and become the fixation of the national media.

In 2008 virtually every poll in Iowa showed Hillary Clinton leading -- that is, until The Des Moines Register poll by Selzer showed Barack Obama ahead with just days to go before the vote. The momentum Obama received from the poll was instant and, it can be argued, helped seal his victory there.

In 2012 Selzer had Mitt Romney way ahead of Rick Santorum right before the caucuses were held. Romney actually lost to Santorum when all votes were tallied. But the Register poll was so convincing that few even recognized Santorum's performance.

I'm not suggesting that Selzer isn't good at what she does or that she has any ill motive. Pollsters really just want to poll a race correctly, and she is no different in that respect.

But because she understands Iowa so well, Selzer makes what I believe to be sometimes dramatic determinations about the likely size and makeup of those who will vote in the caucuses. Those critical decisions in the weighting of the poll can really turn things upside down.

My guess is that, after having been burned a bit in underestimating the Republican evangelical vote for Santorum four years ago, Selzer might find a way to focus on that group with extra gusto this go-around. And that might inure to Sen. Cruz's advantage.

So if The Des Moines Register shows Trump tumbling at some point, he's been warned. But as for the states that will follow, Trump still holds substantial leads. And after all, losing Iowa isn't such a bad thing. The official GOP winner in recent presidential cycles has been the big loser in the end. And we know that Donald Trump doesn't like being called a loser.