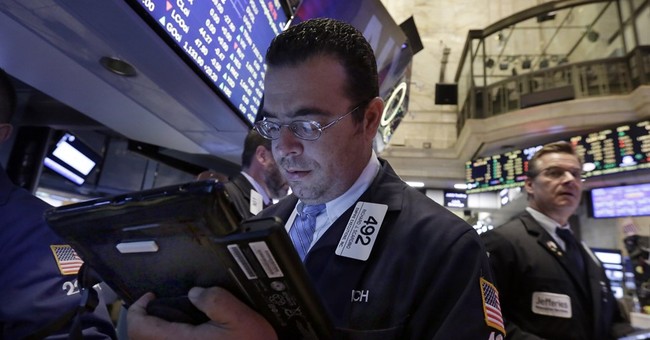 No, this is not a conspiracy theory. But for critics of President Obama's weak response to the tragedy in Paris or of his overall foreign policy, here is some concrete evidence that their criticism is valid and shared by other nations.

In February 2014, I wrote a column suggesting that despite the president's belief "that troops have returned home and that promises to end wars abroad have been kept, the reality is that the rest of the world is busy arming itself ... preparing for any hostile circumstances from any number of newly emerging threats ... the world seems very much in a state of war."

My evidence was the growing list of contracts among U.S.-based and international defense contractors with nations across the globe. France is not alone in believing they are at war. A look at the stock market and the growth in the price of shares for defense-related companies continues to provide proof that other nations have taken the post-Arab Spring era far more seriously than has the U.S.

Money is usually the trail one follows to get the real story behind most major international issues and conflicts. Yes, increasingly those conflicts are being driven by extreme ideology. But in the end there must be funds available either to fuel those conflicts or to quell them.

That leads to the phenomenal but often-ignored performance of numerous defense contractors. At first glance, firms such as Lockheed Martin and Northrop Grumman appear to have recovered in 2013 right along with the market as a whole. But a closer examination finds more than a modest recovery for these two companies; it finds that contracts with vulnerable and frightened nations were already well underway, for orders of military hardware, drones and related products and services. That growth continued into this year, even as both the Dow and the S&P were basically flat.

Shares in Lockheed Martin are up more than 19 percent this year alone. Northrup Grumman gained extra ground by winning a much-prized and lucrative contract with the U.S., and is up by more than 26 percent. But one could argue that even without that contract, which basically shifts future long-range bomber production from Lockheed Martin, Northrup Grumman would still have year-to-date returns at least equal to those of Lockheed.

If there is any doubt of the fear that exists among nations who in the past relied on the U.S. for stable and assertive leadership, one need only examine the rise of Israeli-based Elbit Systems (on the New York Stock Exchange). While Elbit sells its drones and other systems to Israel, its growth has primarily come from sales to other nations. Their shares are up by more than 40 percent this year alone.

None of this is coincidence. In effect, the analysts and investors on Wall Street who follow the defense sector and keep track of major contracts and sales have inadvertently been signaling the likelihood that we might once again be fighting both conventional and unconventional battles in the near future. In effect, they have put their money on that likelihood.

And it is not just ISIS or the instability resulting from the U.S. government's benign neglect following the Arab Spring that has led to this obvious new arms race around the world. The phenomenally naive recent agreement between the U.S. and Iran has signaled a need for vulnerable nations, most obviously Israel, to make long-term plans to prepare for what they consider a once-unthinkable nuclear attack.

In essence, the tone-deaf nature of current U.S. foreign policy, which continues to assert that global warming is the greatest threat to security, has forced the rest of the world to take matters into their own hands. Is it any wonder that on the Monday following the bloody attack on Paris, as President Obama continued to defend his belief that ISIS is contained and the bloody assault on France is "a setback," that shares of Lockheed Martin, Northrop Grumman and Elbit Systems skyrocketed?

My February 2015 column headline declared, "Defense Stocks Tell All We Need to Know About Unstable World." What does it tell us about the future that those stocks just keep on rising? If one follows the money, the future looks dangerous.