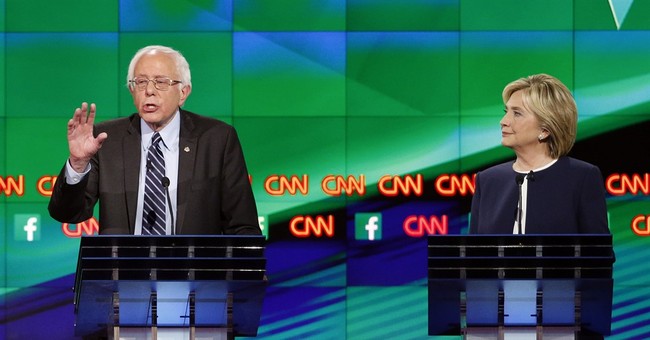 Trending
Consider this: The recent Democratic presidential debate veered so leftward that in no way did it resemble the debates held just eight years ago, when Barack Obama won his party's nomination. And on the Republican side, the House of Representatives has one speaker leaving, one would-be who has dropped out of the running and a favored replacement who says he must be essentially crowned. This isn't good, folks.

We are heading into the last months of the year with a shaky economy, chaos in the Middle East, and the International Monetary Fund warning this week that the world's economic growth is slowing and won't be getting better anytime soon.

Meanwhile, we have a federal debt ceiling that must again be raised in a matter of weeks, and at some point a decision on the federal budget must be made.

Clouds are gathering over our economy, just as they did eight years ago. They aren't as dark as then, in part because we have not seen the sunny times that we experienced in the years running up to the economic meltdown of 2008.

News that inflation in China is rising but imports continue to fall is just the next brick in the wall. If you wanted a global economy, you've got it. The United States seems to have had the strongest economy over the last year, but that's not saying much. And with a Fed rate increase all but guaranteed in the near future, an increasingly strong dollar will continue to choke profits for the many U.S. companies that must make money overseas.

That brings us back to the political leadership crisis facing the United States. The GOP has shamefully allowed itself to fall prey to civil war. And as former Speaker Newt Gingrich and others have noted, part of that civil war has resulted from a GOP style of leadership in Congress that is simply too top-down and heavy-handed, giving individual members too little room to have a real impact in Washington.

Meanwhile, the Democratic Party is careening so far left of where it was just eight years ago that it's shocking. Because an avowed socialist has garnered strong support in the polls, every Democratic candidate for president is now rushing to increase government giveaways. Some might not remember that in '08 even candidate Barack Obama said that he favored only an incremental move toward universal healthcare.

Now a leading candidate, socialist Sen. Bernie Sanders claims that a college education today is the equivalent of what a high school education was decades ago. He is implying that since secondary education has failed in America, we should pay for the failure of that system by funding a higher version of it. The "moderate" response to that proposal came from Hillary Clinton, who "boldly" suggested that because she worked her way through school, college students should have some small amount of skin in the game.

And then there are the Republican presidential candidates. The establishment GOP is terrified over a Donald Trump nomination, but many of Trump's opponents seem terrified to display real personality of their own, or to take bold stands. For example, the personality of Trump's main rival, Ben Carson, is genuine but perhaps too low key.

With a Democratic Party that seems hellbent on taking the direction of the late British Labor leader Michael Foot in 1980s -- he veered his party about as far left as possible -- one would think Republicans could take advantage and provide a feeling of stability and hope to the public. But right now they are in disarray.

That brings us back to our economic future. With Republicans so discombobulated and Democrats obsessed with "radical progressivism," there is no check on the Obama administration, which is moving with all dispatch to implement a vast expansion of federal regulation that will continue to hit companies big and small, including their employees.

One thing that makes Wall Street run for the hills is uncertainty. The problem is that it doesn't admit to uncertainty until the lights are dimming and the fog sets in.

Trouble finding a House speaker, a GOP establishment uneasy with its presidential nominee choices, Democrats chasing a socialist for their presidential nod -- that's not a combination that suggests a Merry Christmas or a Happy New Year.