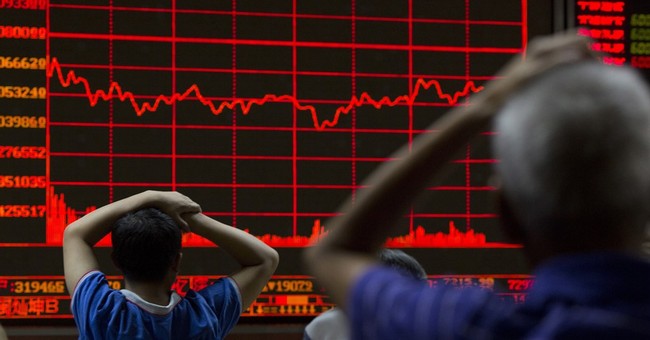 Every week I read stories about how the stock market is going to crash and our economy will soon melt down in a more dramatic manner than it did in late 2007. I generally dismiss such a report as just somebody's opinion -- usually an opinion backed up with convoluted assumptions.

And let me be clear: I am not suggesting that such a meltdown is imminent. But a study from the research firm Opinion Savvy gives real cause to wonder if the wild free-for-all on Wall Street might finally be coming to an end later this year.

The so-called economic recovery we have "enjoyed" has been less than even-handed. Corporate CEOs and the Wall Street crowd have managed to make a post-Great Recession comeback with even bigger salaries and more money feeding into their investment world. For the average American, however, wages have hardly budged.

Unemployment, at least officially, has dropped to more than acceptable levels; that is, unless you are one of the multitude of people who just gave up searching for a job, or who took a lower paying one to make ends meet.

Corporate earnings for the last quarter so far are mixed and the stock market is lurching from huge gains one day to huge losses the next. And it seems just a bit of good news, such as the boost in the sale of existing houses for March, leads people to conclude, "Things must be better, at least compared to a few years ago."

And that's where the Opinion Savvy research delivers what could be some daunting news to the investment world.

Since 1978 the University of Michigan has conducted their Survey of Consumers, which includes what they term the "Index of Consumer Sentiment." While no one survey or poll can guarantee an accurate projection into the future, the research produced suggests that this particular index, if used as a quarterly measurement, often is a precursor to downward shifts in the stock market.

The Opinion Savvy study states, "While opinion usually follows the economy, at some points over the past 40 years opinion has outpaced the market." They continue by stating, "When this happens, it seems to spell disaster."

While this conclusion might engage in a bit of hyperbole, the graphs and charts and numbers they provide are fairly convincing that, at the very least, when the Michigan Index of Consumer Sentiment climbs really high, the financial markets in the U.S. decline in the ensuing months.

What gets one's attention is to see that the index had reached a nearly off-the-charts high by the end of the second quarter in 2007. We all know what followed just months later, as our financial institutions started to go into a near-death spiral and the economy followed with the Great Recession, which about did us in.

The real shocker is that this same index is now at its highest level since those chart-busting early days of 2007. While the Opinion Savvy chart for the most recent data ends with data from the end of 2014, the research report states that the index has climbed from a score in the low 80s in the last quarter of 2014 to a current index number of 96. The study focuses on the index number reported for the first month of each quarter. That means April's number is perilously close to the 97 score that was reported in early 2007.

The same report is quick to note that there is no causal relationship between the Michigan Index and the U.S. equity markets. But they make a strong case that when sentiment is rocketing up the chart, markets drop, often substantially, within a matter of months, not years, thereafter.

Their same analysis showed sentiment at an all-time high before the dot-com bubble burst of 2000, and they found the same correlation with the post-911 recession.

The good news for investors is that the Michigan Index is not percentile-based, and a score can go well above 100. So there is more room for sentiment to rise. The bad news is, it's on the move, which could signal interesting times to come. Is America about to see a post-"quantitative easing" bubble burst, bringing the markets down as a result?