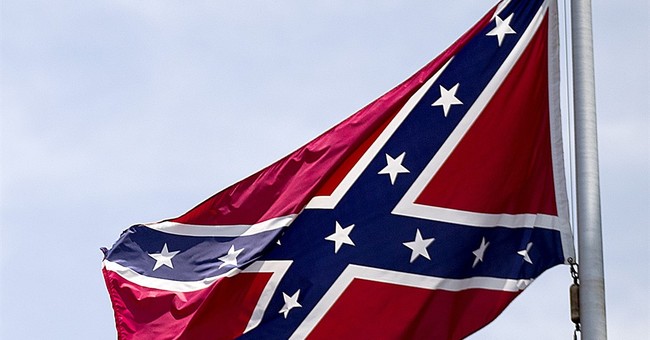 It's been in vogue in past weeks, in the aftermath of the tragedy in South Carolina, to attack the Southern states and its citizens. An article in Politico by a contributing editor goes beyond the pale. It skewers the region, proclaiming that America would be "less violent" and "more normal, without Dixie."

The article was written by Politico Contributing Editor Michael Lind. Oddly, many of his comments, arguments and facts resemble those of Erin Fuchs' 2013 Business Insider piece. Hers was an amazingly similar discourse on issues relating to the South; its crime, poverty and support of capital punishment. Perhaps Fuchs quoted an earlier version of these thoughts penned by the prolific Lind or someone else. But somewhere in this chain some credit is due.

Regardless, here are some highlights of Mr. Lind's piece:

On a U.S. minus the South he observes:

"... The United States would be much less exceptional in general, and in particular more like other English-speaking democracies... were it not for the effects on U.S. politics and culture of the American South. ...I don't mean this in a good way.

"A lot of the traits that make the United States exceptional these days are undesirable, like higher violence and less social mobility... (and) can be attributed largely to the South."

He ponders what life would be like without the riffraff of the Southern states:

"Minus the South, the rest of the U.S. probably would be more like Canada or Australia or Britain or New Zealand." Now that's a goal, right?

As for any progress in the region, forget about it. After all, lowly Southerners simply don't make it to Yale, or become, like Mr. Lind, "an ASU Future of War Fellow at the New America Foundation in Washington, D.C." -- whatever the hell that is. Of course, noting his five generations of Texas lineage, the effete Mr. Lind implies that he did manage to escape to a better world.

In his article he notes, "The American South, with the lowest rates of intergenerational social mobility in the U.S., clearly skews the national statistics, creating an embarrassing and depressing version of American exceptionalism."

And of course with our lowly prospects, it only follows that Southerners are violent and animalistic throwbacks. He notes:

"Southern violence also goes a long way toward explaining the exceptional violence of the United States in general compared to otherwise similar countries. The pre-modern 'culture of honor' continues to exist to a greater degree in the South. White Southerners are more likely than white Northerners to respond to insults with increased testosterone and aggression, according to social scientists. According to the FBI in 2012, the South as a region, containing only a quarter of the population, accounted for 40.9 percent of U.S. violent crime."

Erin Fuchs followed the exact same line of reasoning in 2013, but she actually cited the source of the "testosterone study."

Ironically Mr. Lind's attack on Southerners, who make up a disproportionate percentage in national violent crime figures, hits unwittingly at disadvantaged and poorly educated African-American men, who make up the sizeable portion of those serving time for violent and other crimes in Southern jails. Should they be discarded as well for "skewing national averages"?

I'll give Lind credit -- he did manage to have some interesting thoughts on issues such as southern politics and religion. On these topics he kicks both sides of the partisan aisle.

"Religiosity... among English-speaking countries... is largely the result of Southern exceptionalism... in the U.S., born-again Southern evangelical politicians like Jimmy Carter and George W. Bush who troll for votes with piety have given U.S. presidential politics a flavor more reminiscent of Tehran than of London or Ottawa or Canberra."

Religiosity? Tehran? Really? How do you think Jimmy Carter, who worked tirelessly to free hostages from Iran, will take that comparison, Mr. Lind?

Finally, Lind describes modern day Republican voters in the South as "a wave of working-class white Southerners who are heirs to paranoid and sullen Dixiecrat conservatism."

Given the reaction to his piece, perhaps both Politico and Michael Lind would be better off if much of his essay indeed proved to be "similar" to others. Regardless, it is some brutal stuff indeed. And very hurtful to an entire region of our nation.

Matt Towery is author of the book "Paranoid Nation: The Real Story of the 2008 Fight for the Presidency." He heads the polling and political information firm InsiderAdvantage. Follow him on Twitter: @matttowery. To find out more about Matt Towery and read features by other Creators Syndicate writers and cartoonists, visit the Creators Syndicate website at www.creators.com.