Health Care Bill Important to Everyone but the American Public 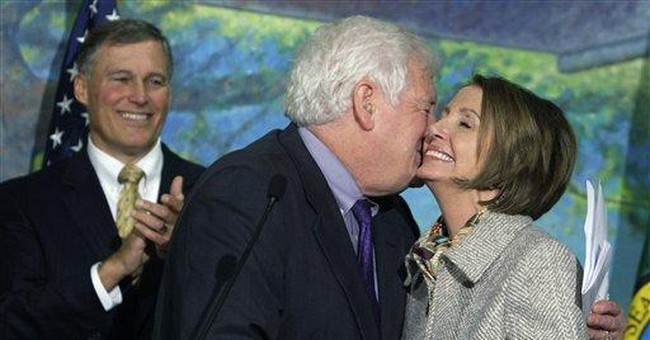 How out of touch are they in the Washington, D.C., "bubble," in which Congress and the media live?

Recently, a national poll was touted in the national news, with a typical headline reading something like, "Public Supports Public Option" for health care legislation. Big news, right? But the actual question asked if poll respondents preferred a plan "that includes some form of government-sponsored health insurance."

Think about it. The poll didn't ask about a government-run program at all. It merely made it sound as if the government would be creating an additional policy option for people who need it.

In the opinion research that dominates my workdays, I spend much time ensuring that my own firm is fair in the questions we ask, the methodology we use and the "weighting" of the various demographic groups so crucial to an honest survey. I also get to examine the work of other pollsters.

Generally speaking, the better surveys I've seen on health care reform tell me that -- as usual -- congressional leaders are so self-absorbed that they haven't a clue on the public's pulse. Americans by and large reject what's being proposed on health care.

Typically, if you see a poll showing that national health care legislation is popular, especially legislation that includes the "public option," that poll almost certainly is flawed.

An errant survey might not have let the respondents know that the "public option" is a program to be regulated and administered by the federal government. Its questions might have been laced with flowery language meant to lure respondents into approving of such reform.

Or even more likely, the poll had been "weighted," or readjusted, to reflect the way America's balance of political partisanship looked six months ago -- with more Democrats and "independents," and fewer Republicans, than is actually now the case. Just that one maladjustment to polling data can make overall anti-reform sentiment look like just the opposite.

Many leaders in the House of Representatives are crowing about what they consider their crowning accomplishment, the health care bill they (barely) passed last week. A cascade of national surveys says they are delusional. In the last week or two, Pew and AP-GFK each conducted surveys on health care. Both are reputable pollsters, even if they tend to overrepresent Democratic voters in their data. These polls showed opposition to the health care reform in Congress to be roughly 46 percent, with about 38 percent in favor.

Then Gallup released a survey showing that voters prefer, by 48 percent to 44 percent, that the next Congress be controlled by the Republicans. That suggests to me that the next surveys by organizations such as Pew and AP-GFK should be "weighted" to reflect a much more even political split nationally than their previous polls apparently have.

In other words, if the national polling on this health care turkey were to be done in a balanced and straightforward way, we'd likely find that this supposed shining jewel of health care reform might be a temporary rush of serotonin for the White House and the congressional Democrats -- but it could mean political death warrants for those Democratic congressmen and -women that represent moderate districts. And that goes double for moderate Democratic U.S. senators if they vote for anything like the House bill.

The public remembers the arrogant misdeeds of the self-congratulatory political class, be the wrongdoers Democrat or Republican. In 1990, I watched President Bush 41 and the GOP commit political suicide. They passed a tax hike that seemed legitimate, even unavoidable. It wasn't, and Bush lost his re-election bid.

The Republicans also botched things in the mid-'80s. They revamped the federal tax code and ended tax benefits for owners of rental property. That cute maneuver sent most of the "Reagan Revolution" Senate class of 1980-81 back home in the '86 elections.

I find it utterly baffling that congressional Democrats in places like Virginia, North Carolina, Florida and other swing states don't recognize that their devotion to this health care reform mess likely will end their careers down the road. Moreover, they don't seem to realize how silly they look fighting over health care when most of the nation is paralyzed with fear about dinner table issues -- such as whether there will even be dinner on the table.

It's a cause of wonderment and a sight to behold.