Any Political Machine Can Come to an End 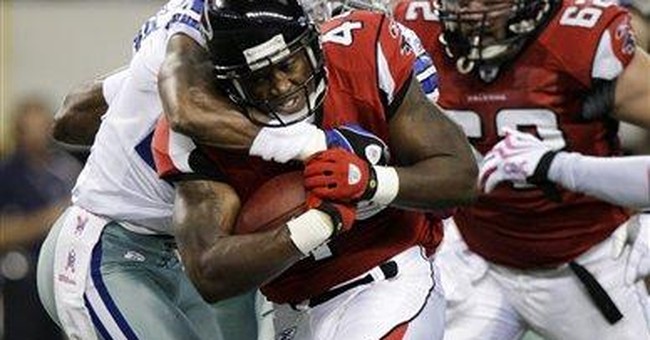 An upcoming municipal election may reveal some clues about the drift of American politics, and about the nature of politics itself.

Political machines thrive, only to die one day. Witness what's happening in Atlanta. Based on both our own InsiderAdvantage surveys, and on a poll by the highly regarded SurveyUSA, it appears that one of America's most powerful municipal political machines is sputtering to a halt -- that of the nearly 40-year reign of African-American mayors in this town.

Atlanta was one of the first major cities in the nation to elect a black mayor, in 1973. It was certainly the first big city in the South to do so. Back then, "white flight" to the suburbs spawned a downtown electorate that was more and more African-American. Beyond that, the city seemed ready to embrace the concept of change that came with the election of a minority to office. The late Maynard Jackson was charismatic, charming and brilliant. He had served as vice mayor before besting the incumbent white mayor in a runoff.

His ascendance started the emerging Atlanta tradition of passing the mayoral torch from one black leader to the next. All this in a town where comparatively tight city limits came to hold roughly half-a-million citizens within a greater metro area of some 5.5 million.

As little as three years ago, you would have been dubbed a political naif had you suggested that a race for mayor here could be leaning towards a fiery, petite white woman with no ties to anything like a downtown machine. Yet the polling in this race points to a spot of apathy among some black voters, even just a year after a record number of blacks turned out for Barack Obama.

Race is always a factor in elections like this. Atlanta has large blocs of both white and black voters, plus a burgeoning tide of other minorities. But race doesn't look to be the determining factor this time. In my judgment, the Nov. 3 vote for Atlanta mayor may well be determined with neither of the two major African-American candidates even making it into a runoff, which would be held three weeks after the initial vote.

Ironically, the bigger theme of the mayoral race that may come to be known as the "upset in Atlanta" is the same one that put Obama in the White House: change.

Many of Atlanta's problems simply come with being a big city. Any big city. Incumbent Mayor Shirley Franklin has witnessed municipal headaches as grievous as any mayor since Jackson has. And she ought to know -- she has been an administrative force in Atlanta mayoral offices starting with her work under Jackson, and then under the popular Mayor Andrew Young.

Those who view Tuesday's election results as a judgment on Franklin are wrong. It likely will be the result of a plurality of blacks who figure there's little harm in trying something new. After all, many of these voters have been dealing with crime, the high cost of an inner-city lifestyle and cutbacks in city services.

In this instance, "new" could mean Norwood. She's a two-term city councilwoman, but isn't seen as being a cog in a city political machine.

So why is this election a possible harbinger of things to come across the nation?

First, blacks and young voters were two demographic groups that helped to coronate President Obama in 2008. But now they both appear to lack political energy or interest. In Atlanta, that's a bit odd when one considers that a Norwood win would likely mean the end of decades of relationships that have benefited the African-American and more youth-oriented communities of the city.

Second, the Atlanta mayoral battle illustrates that change -- be it change from a generation ago or from recent times -- eventually yields to a new brand of change. In this case, Atlanta voters look to be tired of a perceived combination of crime, congestion and a city government stuck in neutral gear.

Nothing in politics remains the same. The lasting national Republican majority that was a dream of some in the GOP just a few years ago has melted away. Now we have Democratically inspired "change we can believe in" in Washington. According to many in media, it may last for decades.

But if what my polling numbers tell me are true, either this Tuesday or three weeks from now, voters in Atlanta will prove again that those in the political world can count only on the unexpected.