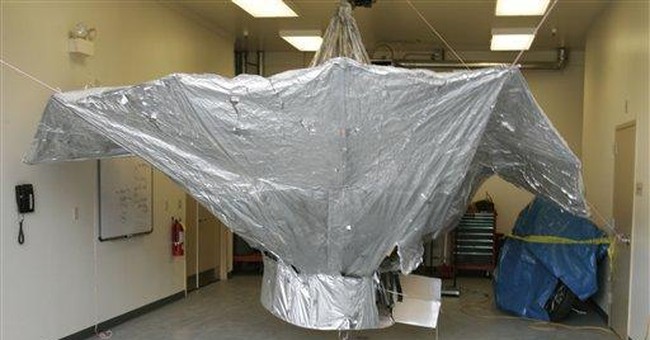 Back in 2005, I was asked to consider auditioning for the reality show “Wife Swap,” the premise being that I would visit the home of an uber-cool family that was unaccustomed to my authoritative parenting style, and a permissive and culturally savvy mom would stay in my home with my husband and our four children (presumably to be appalled by the sight of children who read newspapers).

The honorarium for this appearance was to be $20,000. My children thought this was a big pile of money, but that’s before any of them enrolled in college. They know better now.

I considered “Wife Swap” for all of about four second before responding “thanks, but no thanks” to the producer who contacted me. That was all the time it took for me to envision my husband in the vestibule at church explaining to our pastor who the strange woman was next to him, and how the words “Wife Swap” could describe a TV show that was both wholesome and appropriate for audiences of all ages.

When my children asked how I could refuse such easy money, my answer was simple: “There’s not enough money in the world to compensate me for the loss of privacy and dignity of a TV reality show, not to mention the exploitation of my family.”

“But you could be famous,” one of them pointed out.

They must have heard this as a firm “no” because they never asked about it again.

Sadly, Richard and Mayumi Heene weren’t so reticent to join the ranks of the exploited, nor to employ their children in their get-rich-and-famous-quick schemes.

Veterans of the show “Wife Swap,” the Heenes desired a reality series of their own. In an effort to secure such an opportunity, it appears last week the couple perpetrated a huge hoax on America through a willing news media.

On the chance you are among those productive citizens who work all day rather than watch TV news, you may have missed the story. The Heenes built an experimental “flying saucer” – really a makeshift hot-air balloon – that “accidentally” flew away, “possibly” with their 6-year-old son Falcon on board. A 911 call initiated a search for the craft, which when found, was empty of young Falcon. An even more serious situation seemed to have emerged with the possibility that the child had fallen out of the craft.

After hours of emotional TV coverage, the boy was “found” at home. On the obligatory live CNN interview, he alone spoke the truth about the day’s events when he asked his father, “I thought we did it for the TV show?”

Now the parents will be charged with a host of crimes, from conspiracy to contributing to the delinquency of a minor, though sadly, there is no law on the books against seeking fame without genuine talent. Heaven knows the jails would overflow if such a statute existed.

If the Heenes weren’t such comic figures (an experimental flying saucer?), their stunt could serve an instructive purpose, for certainly their fame obsession is an example of the vapid state of American ambition.

Celebrity now defines success in our culture. One needn’t make any real contribution to society. Just land on TV – preferably on a show where you get your own theme song – and in the time it takes to say, “I’m Jon Goslin’s agent” you, too, can be among the rich and famous.

We ought to be worried about such shallow values because studies now prove American middle schoolers would rather be famous than intelligent.

That’s reality, folks, and it’s not made for TV.