The Pro-Life Case for Trump

Marjorie Dannenfelser
|
Posted: May 09, 2016 9:03 AM
Share   Tweet
The opinions expressed by columnists are their own and do not necessarily represent the views of Townhall.com. 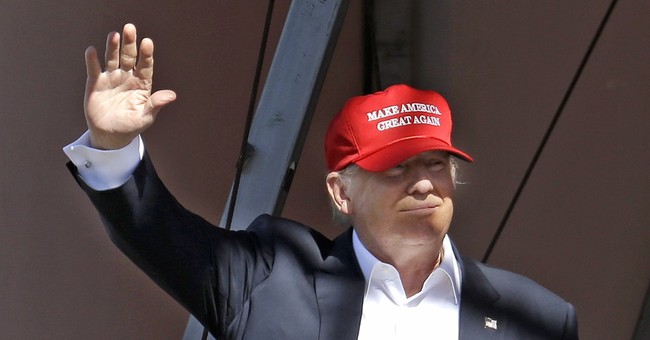 At long last, the Republicans have a presumptive nominee in Donald Trump.

For those of us concerned about the right to life of the unborn, now is a good time to reexamine what we know about Mr. Trump, as well as his most likely opponent, Hillary Clinton.

Donald Trump has made very specific pro-life commitments on the campaign trail. In July of last year, Trump was asked to support of the Pain-Capable Unborn Child Protection Act, the pro-life movement’s top priority legislation, which would stop abortions after five months – more than halfway through pregnancy. This legislation has passed 15 states and the U.S. House of Representatives, would save 18,000 unborn lives a year, and is generally popular with Americans – women in higher number than men.

In an exclusive statement to CBN’s David Brody, Mr. Trump committed to supporting this legislation and urged Congress to advance it. “We should not be one of seven countries that allows elective abortions after 20 weeks,” said Mr. Trump, “It goes against our core values.”

In February, after Justice Scalia’s tragic death, Mr. Trump committed to appointing constitutionalist judges and, during the February 13thCBS debate, even went so far as to identify Diane Sykes and Bill Pryor as potential choices he would make in appointing justices to the Supreme Court. This alone – preserving the balance of the court and preventing any more pro-abortion extremists – would be a powerful step forward for life.

In April, Mr. Trump affirmed that he would defund Planned Parenthood, the nation’s largest abortion business, of taxpayer dollars. He cited his opposition to the prolific number of abortions – nearly a million in the last three reported years – that they perform.

Last fall for the first time since they began receiving federal taxpayer dollars, a bill defunding Planned Parenthood made it to the President’s desk. With pro-life majorities in both chambers, our movement has never been closer to achieving such important policy goals. The White House is the missing piece. And if Donald Trump is elected president, we expect fidelity to the commitments he has made during the campaign.

He has already taken positive steps to surround himself with strong pro-life advisors like Sarah Huckabee and John Mashburn. This is an encouraging start to Mr. Trump’s general election campaign where he will take on Hillary Clinton, who recently admitted that “the unborn person doesn't have constitutional rights,” and has moved even to the left of Barack Obama in her support for abortion on demand, at taxpayer’s expense.

‘Safe, legal, and rare,’ is long gone. Not only does Clinton support increased funding for abortion businesses like Planned Parenthood, she’s argued that Americans have an obligation to support abortion at any time, for any reason, with their tax dollars. This is the most dramatic pro-abortion position espoused by a leading political figure to date. It profoundly changes the debate and opens up a clear vulnerability for Hillary Clinton.

As many as seven in 10 Americans oppose taxpayer funding of abortion – including majorities of young people and women. The majority of Americans – women in higher number than men –also support a compassionate limit on abortion after five months.

As we move into the general election, Susan B. Anthony List is already diligently working to engage with voters and expose Hillary Clinton’s extremism, confident that the American people will reject her radical abortion agenda at the ballot box. We believe Mr. Trump, who has already taken strong positions on the life issue throughout the primary campaign, will join us on offense.