Texas No Longer a Repeat Offender on Prisons 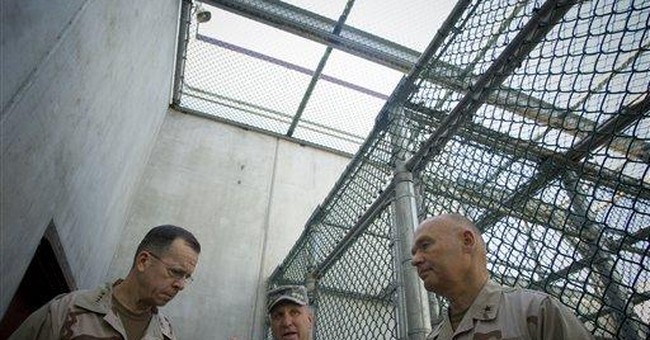 Last January, the Legislative Budget Board (LBB) told lawmakers the state would need 17,000 more prison beds by 2012, at a cost of $1.3 billion to build and $306 million per year to operate.

Rather than being handcuffed to the past – to the detriment of the taxpayers – legislators charted a new course that emphasizes alternatives to incarceration for nonviolent offenders while continuing to lock up violent and sexual offenders.

Earlier this month, the LBB released an updated report which concluded that, largely due to last session’s reforms, those new prison beds were no longer needed.

That is a historic shift in a state with the nation’s second highest incarceration rate; one that is 10 times that of China. Between 1978 and 2004, Texas’ overall population increased 35 percent, but Texas’ prison population grew by 278 percent.

Lawmakers engineered this turnaround without lowering the penalties for any offense. In fact, they lengthened sentences for sex offenses against children and repeat auto burglary.

Parole policies – under which 28 percent of eligible inmates are approved, compared with 79 percent in 1990 – were also left unchanged. The most serious violent offenders are no longer even eligible for parole.

While remaining tough on crime – particularly the violent crime Texans justifiably fear – lawmakers adopted policies that are expected to reroute from prison thousands of first-time nonviolent offenders and technical violators of probation. Technical violators refer to the 11,000 probationers revoked to prison every year for conduct other than a new crime, such as a missed meeting or positive drug test.

Due to reforms made last session, many of these nonviolent drug and property offenders who can be rehabilitated won’t be tossed into a prison cell next to a murderer or rapist to learn new tricks. However, they also won’t be running free…and they certainly won’t be checking into the Holiday Inn.

The cornerstone of the 2008-09 criminal justice budget is 4,000 new treatment beds, most of which will be privately operated. Like prisons, these are secured facilities, but they provide substance abuse treatment, life skills, and other interventions in a shorter time period (usually between 90 and 180 days) without co-mingling these low-level offenders with convicts serving longer sentences for more serious crimes.

Many of those diverted from prison to these facilities would otherwise be among the 8,400 other offenders in Texas prisons today who are incarcerated solely for drug possession, a separate crime from drug dealing. The length of time served is the best benchmark for most serious violent offenders because incapacitation is the primary goal, but it makes more sense to spend a fraction of the money to put many nonviolent drug possession offenders into a shorter-term community-based facility where they can get clean, keep in closer contact with family, and prepare to find a job and reenter society.

The Legislature also added 3,000 outpatient drug treatment slots. Interestingly, the new LBB estimate does not assume any diversions from prison will result from those, although lawmakers hope some prosecutors and judges will use these new slots in lieu of state lockups.

Accordingly, state officials should monitor implementation of the new treatment resources to ensure that all counties are participating. For example, Harris County accounts for more than half of the offenders sent to state jail for less than a gram of a controlled substance. The governor’s office, which distributes millions in criminal justice grants, should prioritize those counties that are fully utilizing alternatives to incarceration that taxpayers are already funding.

While it is too early to fully assess the results of these reforms, there is no evidence of a crime wave. Violent crime declined last year in both Houston and Dallas.

Because Texas lawmakers were willing to embrace change, the only Texans receiving a “get out of jail free card” are taxpayers who would have been on the hook for billions in unnecessary prison costs.