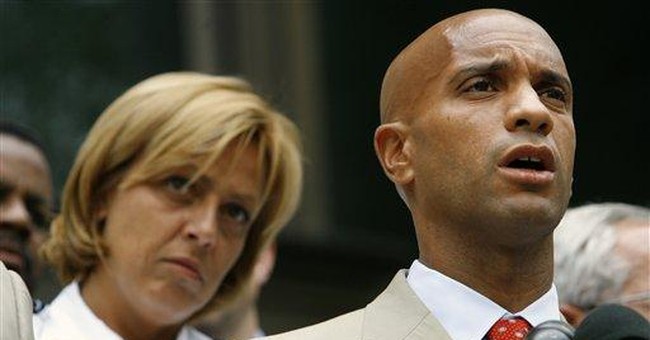 Washington D.C.'s mayoral race may not have attracted as much attention as some other high-profile races in Tuesday's elections, but the results could have far-reaching impact across the country. One-term mayor Adrian Fenty lost his chance for a second term in what was one of the most racially polarized elections anywhere. But this wasn't a case of a black candidate defeating a white one -- or the reverse -- or a candidate of one race losing in a city where most residents were of a different race. Nonetheless, race was an important factor that helped determine the outcome.

But class wasn't the only explanation. Middle-class blacks also deserted Fenty in droves. The incumbent mayor failed to win even his own affluent Crestwood neighborhood, which is home to many of Washington's black elite.

These results might be easily explained if Fenty had been an ineffective mayor, or one who ignored issues crucial to the well-being of the African-American community, while catering to the needs of whites. But Fenty was arguably the most effective elected official since the city attained the right to elect its own mayor in 1973. In his short time, Fenty tackled the two toughest issues on quality of life for D.C residents -- crime and education -- and he scored impressive gains in both areas.

Washington has notoriously been one of the most dangerous cities in America for decades. Hit hard by the crack epidemic and drug wars of the '80s and '90s, D.C. became the "murder capital" in the early '90s, peaking in 1991 when 482 people lost their lives -- the overwhelming majority of whom were black men killed by other black men. But homicides have been going down in the district ever since. When Fenty took office, the murder rate in Washington stood at nearly 36 per 100,000 population. Last year, there were 144 homicides and the murder rate had declined to only 24 per 100,000 D.C. residents -- a drop of 33 percent. The lives saved were almost exclusively in the black community.

But education was the arena in which Fenty made the biggest difference. He appointed a tough school chancellor, Michelle Rhee, and then stood behind her when the going got rough. Rhee put in place the most sweeping education reform in any major school system in the country. Rhee fired incompetent teachers and those who had abused students, took on the union over tenure, tied pay to merit, and gave big pay increases to teachers whose student test scores rose. As a result, student achievement improved year over year, with 50 percent more students achieving math proficiency.

You'd think the parents whose children attended these schools -- more than 80 percent of whom are black -- would be pleased. But they sure didn't show it on Election Day (in Washington, the Democratic primary is for all intents and purposes the only election that matters). Instead, the Washington Teachers' Union -- whose history of corruption is the worst in the country -- fought Rhee every step of the way, and was a major factor in Fenty's defeat. White parents, most of whom send their kids to private schools, voted for Fenty; but black parents who send theirs to the very public schools that made progress during his tenure turned their backs on him.

Fenty lost despite doing everything he could to improve the lives of African-Americans in the nation's capital, including fixing up parks in run-down neighborhoods, filling potholes, improving social services, not to mention bringing down crime and improving schools. And it's hard to avoid the conclusion that black voters rejected Fenty because they saw him as somehow the candidate of D.C.'s increasingly white minority. It's sure not a signal to other black reform candidates that their constituents will reward real progress.