Larry O'Connor
|
Posted: Apr 01, 2021 9:45 AM
Share   Tweet
The opinions expressed by columnists are their own and do not necessarily represent the views of Townhall.com. 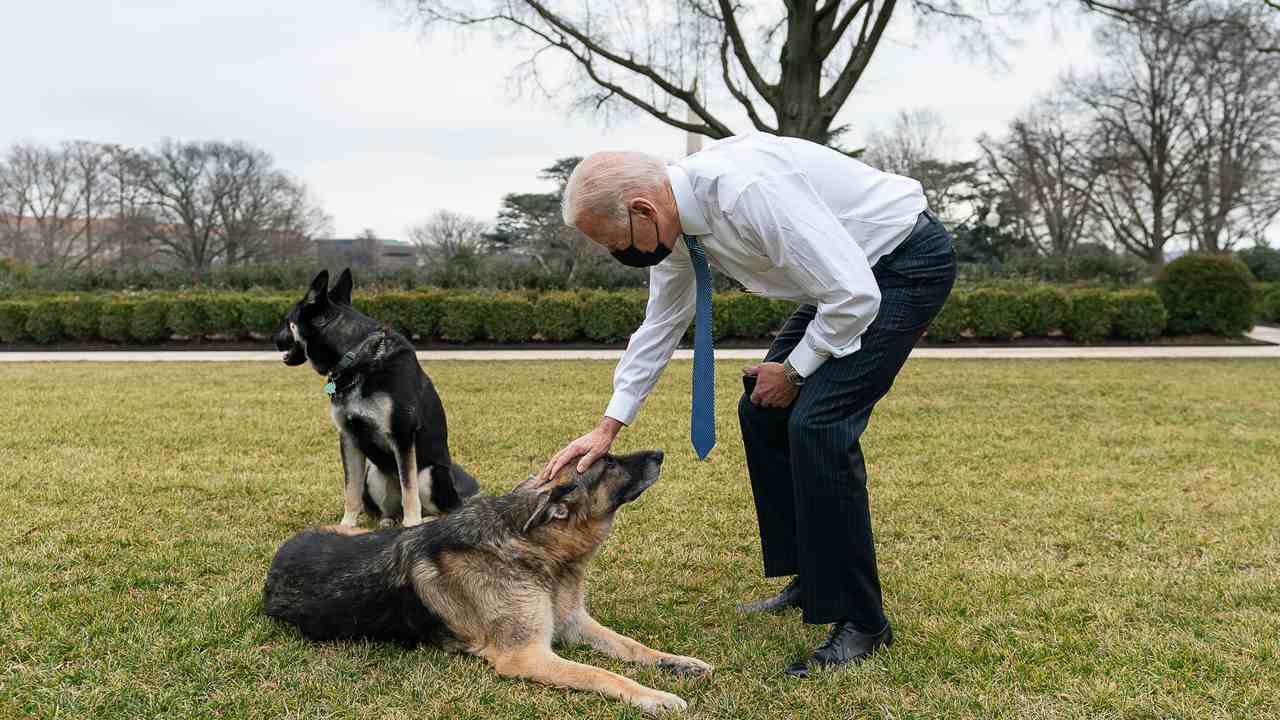 Given the string of violent attacks perpetrated by Major, the Biden family's rescue German Shepherd, it's time for some serious executive action regarding the growing plague of "assault dogs" in our country. The president must use his executive powers to ban these "dogs of war" for the sake of our children. Oh, I know, you certainly have the "right" to own a dog, but nobody needs this kind of dog.

Americans can still satisfy their bizarre need to have a dog (or in some cases multiple dogs... an arsenal of dogs) with a less scary and dangerous-looking version. If you have to have a dog, why not get yourself a poodle? Or a cocker spaniel or a corgi? They don't look as scary as an assault dog like German Shepherds do.

In the same way that Biden suggested that you can just "buy a shotgun" and protect yourself by firing two blasts on your balcony to scare an intruder away (nevermind the fact that you are standing on your balcony with an empty, useless shotgun and most home invaders have the ability to count to two), you can also buy yourself a really noisy terrier, and their yippy little bark will certainly protect you from every manner of danger.

You just don't need an assault dog. We can now seize on these recent tragic events and build momentum to implement some common sense dog safety measures and remove the blight of assault dogs from our society.

Let's face it... people who insist on surrounding themselves with these dogs of war are clearly over-compensating for something. They don't need to endanger the rest of us just to feed their own psychological inadequacies by scaring the rest of us with these mean-looking dogs.

I know I'm on the intellectually superior side of this controversial argument because Bill Kristol seems to agree with me:

I’m a skeptic about many gun-control proposals. But it is not the case that owning an AR-15 is a God-given right. https://t.co/4FI6ytpIdk

Oh, sure, he was commenting on guns, but, come on, the right to bear arms is literally in the constitution, so there's no possible way they can tell you what gun you can own. Clearly, Kristol was making one of his allegorical deconstructions in this case, and he was clearly talking about the blight of assault dogs in our society. He's too smart to think the government can supersede the Second Amendment.

Someone argued with me about the obvious need for common-sense dog safety measures by suggesting that you're more likely to be bitten by a cocker spaniel than by an assault dog like a German Shepherd. Oh sure... throw all your fancy facts in my face, why don't you?

Listen, we know from extensive law enforcement studies that Americans are more likely to die from knives, hammers, clubs, and even feet than they are to die from a rifle, but does that stop politicians, the media, pop culture, professional athletes, and your woke brother-in-law from insisting on a ban of all rifles they think are really mean looking? Of course not!

And they are on the side of the angels on that issue, right?

So stop trying to defend this ridiculous notion of having the "right" to own whatever kind of four-legged mammal you want for "self-defense." I mean, why stop with canines? What if you just kept a grizzly bear or a lion for self-defense? That would be as crazy as having a howitzer, right?

So, clearly, there's no right to own any beast to protect yourself. So it's incumbent on you to defend your right to own these assault dogs. Why do you need a dog like this? Especially knowing the latest biting rampage that's gone on in the White House and knowing how children are terrified of these dogs while they are perfectly fine when confronted by a Pekinese.

This is really all about the children, don't you know?

Oh, I know what your next argument is. Dogs don't bite people, people who own dogs bite people... or... something like that.

No. Wait, I know... all responsible dog owners shouldn't be punished and have their rights diminished because of a handful of irresponsible and reckless dog owners who don't take their responsibility seriously.

Yes... that's a fair argument. I mean, in the case of the White House assault dog, it sure looks like a dude in his 70s who wanted to run for president decided to get a bad-ass German Shephard to make him look virile and tough. Focus groups insisted the dog be a rescue dog so the media could write fawning articles about you and the dog and your virtue, all while still looking so damn tough and virile with your assault dog.

Then, once the dude (who's pushing 80) got the gig in the White House, it turns out he doesn't have the time to really be a responsible dog owner and give the dog the care and attention he deserves. It's not like you can lock an assault dog in a dog safe and only bring it out when you need it. No, they require constant care.

So now you have a neglectful assault dog owner who's ultimately responsible for the natural reaction this neglected dog is exhibiting with these reckless and dangerous bites. Biden's responsible, not the dog. And certainly not the other responsible dog owners in America who take their dog ownership seriously.

But, sadly, that doesn't matter at this point.

A movement is a movement, and facts, logic and rights can't get in the way.

Ban assault dogs now! It's just common sense dog safety, after all. Who could possibly disagree with that?