Larry Kudlow
|
Posted: Apr 06, 2016 12:01 AM
Share   Tweet
The opinions expressed by columnists are their own and do not necessarily represent the views of Townhall.com. 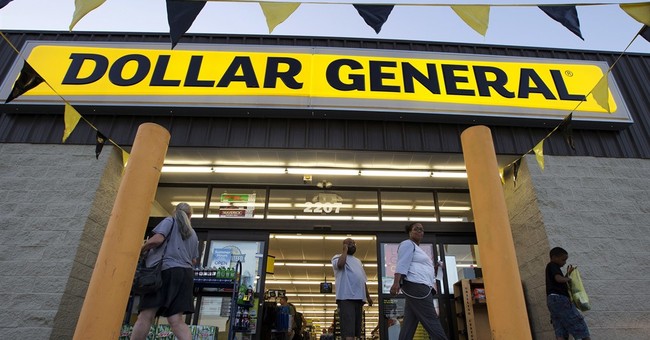 Does the U.S. government want to help American business? Does the administration want to help middle-income wage earners? Does team Obama want to grow the American economy at its historic 3.5 percent long-term trend? Apparently, President Obama's answer to all three questions is "no."

Those are the real issues behind the Treasury's latest militant attack on so-called tax inversions, where a U.S. company merges with a foreign firm in order to take advantage of the foreign firm's lower corporate tax rate. In this case, the attack is aimed at Pfizer, pending the $160 billion takeover of Allergan. Allergan is based in Ireland, which has a 12.5 percent corporate tax rate. Pfizer is based in New York. So the new combined entity will pay the Irish corporate rate, which is nearly three times less than the 35 percent U.S. federal corporate rate -- obviously, a huge savings.

The answer here is simple: Slash the U.S. corporate tax rate and then the problem goes away. It's by far the highest of the major countries worldwide. We are not competitive. Canada's is 15 percent; China's is 25 percent, and Europe averages 25 percent. These companies owe it to their shareholders and their work forces to act in a financially responsible manner. But no, Team Obama wants to wage war against them.

So here's a question: Why does Obama want to punish business, rather than reward it? Why doesn't this administration want America to be the top global destination for investment? Why not have the U.S. win the global race for capital instead of losing? President Obama always gives lip service to lowering the corporate tax rate, but he never specifies a particular rate or an overall plan. What's more, he is trying to force U.S. multinational cash abroad to pay taxes as high as 19 percent even if they don't bring the money home. And then, they'd still be taxes at 35 percent for the repatriation of their foreign profits. This is insane.

Many liberals argue that big U.S. companies don't really pay the top corporate rate. While this is sometimes true, it's mainly because, during recessions, companies lose money and get a tax loss carryforward that temporarily reduces their effective rate. But during economic expansions, when profits rise, companies then do pay the top rate. So, it's a bogus argument. General Electric, for example, may not have paid taxes for a couple of years following the Great Recession. But during the recovery, their effective rate was near 35 percent.

Then progressives argue that the corporate-tax cut is a rich person's tax cut. Utterly untrue. Numerous studies have shown that the biggest beneficiary of corporate tax cuts is the middle-income wage earner.

By the same token, companies don't just pay corporate taxes out of their own pockets. They pass them along in the form of lower wages and benefits to the work force, higher prices for consumers and lower stock valuations for investors. Again, the data show that wage earners get the biggest benefit, consumers second and shareholders third. One key reason why average wage earners have had virtually no pay increases in the past 15 years is the high corporate tax rate. That is why so many Americans are so angry with Washington: They want big change.

Corporate tax reform should include not just large C-corps but also smaller business S-corps and LLC pass-throughs. And nearly as important as cutting business tax rates is the need to simplify the inexplicably opaque and complex system. Big firms can afford tax accountants to avoid all the K-street cronyism and corporate welfare. Smaller firms cannot: They get the short end of the stick.

Corporate share prices should not be driven by political tax games. Profits, not Washington shenanigans, should be the mother's milk of stocks. And this shouldn't be a partisan political issue. Either we want to make America great again or not. Unfortunately, democratic candidates Hillary Clinton and Bernie Sanders oppose significant business tax relief. Much more promising: Leading GOP candidates Donald Trump, Ted Cruz, and John Kasich favor slashing corporate taxes.

Fortunately, nine months is all we have left before this tax nonsense comes to an end.