At Least My Generation Will Have Our Revenge On The Millennials

Kurt Schlichter
|
Posted: Nov 16, 2017 12:01 AM
Share   Tweet
The opinions expressed by columnists are their own and do not necessarily represent the views of Townhall.com. 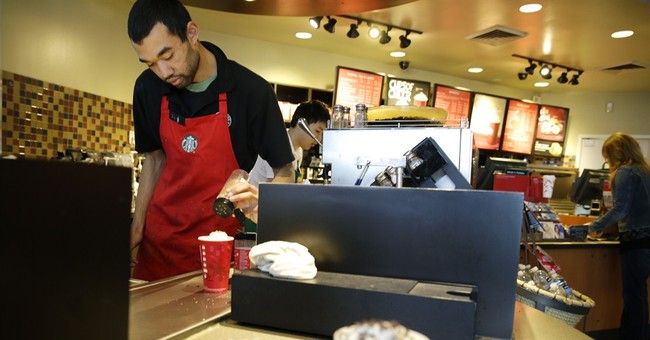 With all the awful things happening now – the discord, the anger, the stupidity – at least those of my generation can rest easy knowing that the Millennials are going to suffer after we’re gone. Sure, I’m going to die a lot sooner than them – unless someone invents some sort of expensive life extension potion that I can buy but they can’t because they will still be paying off their degrees in Oppression Studies and Virtue Signaling Arts until the year 2083. But at least I’ll know that we left them a suitably terrible world, since they are a terrible generation.

Millennials are the spawn we deserve – annoying, posturing, and frequently pierced. They are utterly convinced of their own moral superiority, and yet they don’t even believe in morals. Well, that’s not quite true – they just confuse morals with the increasingly bizarre patchwork of taboos and fetishes of the social justice weirdos they use as their moral compasses. When you ask people, “What’s the world’s biggest problem,” and they answer, “The structural paradigm imposed by cisgender Western males,” and you reply, “How about, I dunno, ISIS?” and they answer “Well, who are we to judge their culture?” it’s slappin’ time.

We warned them to stay off our figurative lawns, and now it’s time to figuratively tackle them like Kentucky libertarians.

I was born during the last week of the Baby Boom, making me…older than the Millennials. So I straddle that useless generation and the useless one that followed. It used to be called Generation X, but no one calls it that anymore because it made no lasting impression. Obama was in my generation. We’ll never live that down. In any case, I remember when calculators were newfangled, phones were attached to walls, and Showtime was the bomb.

OK, so we dug this country $20 trillion into debt, we have a world full of enemies and a military that’s collapsing, and we saddled Millennials with Obamacare, a magical system that makes healthcare worse, but at least it costs more. Yet they seem cool with it. Oh, and politically, the country is divided as never before, at least not since Lincoln, who you Millennials think owned slaves because … sheesh, you nitwits think Lincoln owned slaves.

There was a time when liberals and conservatives didn’t segregate themselves into different bubbles and hate at each other. Recently, Time magazine ran an article about some liberal chick who dumped a guy during a date because he voted for Trump. That never would have happened years ago. Instead, they would have finished their encounter, and he would have given her a fake number so he never had to deal with her pinko nagging again.

But we seem to be losing everything that made us great. Back in the day, we crushed uppity Russian empires, no thanks to commie-hugging liberals who told us that the Reds loved their children too. You Millennials know that awful Sting song – your mom used to listen to it in the Volvo while carting you to soccer or whatever other sick, soul-killing enrichment activities she forced you into instead of letting you run free in the streets and woods like we did. But now we cower at the same losers Reagan stripped of their Ural Mountain oysters in fear of them posting some super-persuasive Facebook ads targeted at making autoworkers in Michigan fall out of their deep and abiding love for Hillary.

Yeah, we messed up, but you Millennials reading this on your smartphones, which you can see without glasses or squinting, shouldn’t act so high and mighty. You had a chance to fix all of this and instead you’ve chosen to never move out of your parents’ houses and to just sit around and invent new pronouns for genders that don’t exist. A couple decades down the road, when I’m dead from chronic bitterness and drinking too much expensive cabernet that I buy with the Social Security money you’ll be toiling to pay me, you won’t have families or careers. You’ll be my age and still making coffee for the next generation of ingrates, the children of the immigrants and super-religious Christians who represent the only portion of America still making babies. You’ll come home to your used Mitsubishi love robot named Olive, reheat some Sara Lee avocado toast sticks, and watch Saturday Night Live as it tries to make fun of President Donald Trump, Jr.

But while we’re still here together, with me owning stuff and you struggling to afford your daily kombucha smoothie, we face many shared challenges. There’s that giant debt, and there are those foreign people who want to kill us, and there is the terrifying fact that we are at each others’ throats here at home. We know how this plays out if we don’t fix it – bad for me, but super-bad for you. Maybe we should try and square things away. Maybe we should stop assuming the worst about each other, start thinking about what unites us instead of what divides us, and work together to make a better tomorrow. Maybe.

But I guess that’s kind of up to you though, because as so many of you on Twitter like to point out, I’m going to die a lot sooner than you are. And that kind of makes the future your problem.