Kurt Schlichter
|
Posted: Oct 26, 2017 12:01 AM
Share   Tweet
The opinions expressed by columnists are their own and do not necessarily represent the views of Townhall.com. 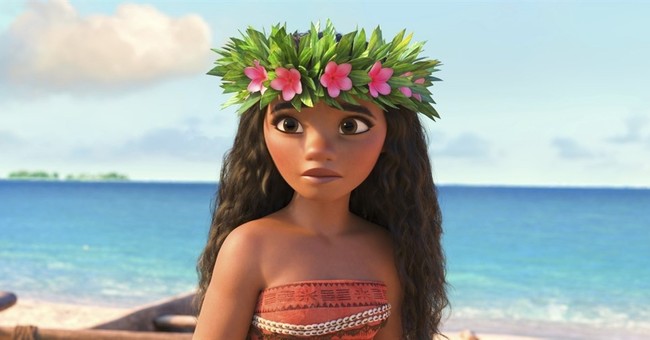 Now the leftist scolds are trying to crash our Halloween party with a long list of instructions and commands we’re expected to follow in order to PC-up our Samhain. Most of this nonsense is couched in terms of forbidding “cultural appropriation,” which essentially means demanding everyone remain in the narrow box of intersectional identity the social justice warriors have decreed for each of us. But, of course, it’s just more of the same old cultural power-grabbing that underlies everything these naggy progressive creeps do. So now, more than ever, it’s vital that we respond to their whining with the polite suggestion that they pound sand or eat rocks.

Let’s unleash the power of “No.”

The latest fake outrage has to do with Moana, the charming Hawaiian Disney princess. Some little girls whose ancestors did not come from that island paradise would like to dress up as this spunky heroine, and this is officially the worst thing ever, according to the blindingly white girls who run Cosmopolitan. Cosmopolitan, which surprisingly still exists and probably will as long as there are neurotic chicks living with three other gals in overpriced New York apartments trying desperately to find a man who can fill the emptiness in their lives while simultaneously telling themselves that they don’t need to find a man to fill the emptiness in their lives, says this culturally appropriates stuff from Hawaiians. It’s unclear exactly what is being appropriated – the floral print? She’s a Disney princess, with the same generic spunkiness, sassy animal pals, and cisgendered prince-longing that all Disney princesses have. She just has luaus instead of dwarfs.

Let’s leave aside the notion that anyone anywhere should ever take child-rearing advice from those who put people like Miley Cyrus on the cover as a role model with the injunction to “Sex Up Your Holidays” – decking the halls never seemed so infectious. Instead, let’s simply savor the sheer stupidity of this new obsession. These ultra-white girls from Manhattan have taken it upon themselves to speak up for the Hawaiian people and demand we not allow our children to commit the hate crime of pretending to be something they aren’t, which is sort of the point of Halloween but whatevs.

Now, I have close Hawaiian friends – yes, some of my best friends blah blah blah – and these are not a getting-upset people. Anyone who actually knows Hawaiians – which you can absolutely be sure do not include the pale chicks who grew up in Connecticut suburbs and got degrees in Feminist Mime Theory at Wellesley and went on to write for Cosmo – knows that the Hawaiians would shrug and go back to being happy with friends and family because they are a common sense people who don’t harken to such nonsense.

Nothing. I don’t care what the SJWs say, think, or do. When they demand that I conform to their dictates, I’ve got a counter-offer.

How about I do exactly what I want and you stand there and suck it up?

See, these idiots have no power if we just laugh at them and say “No.” That’s all it takes to stop all this stupidity cold. What are they going to do? Force us to conform? Unlikely – most of them couldn’t even do a push-up, especially the ones that identify as male. No, they seek to impose a Dictatorship of the Scoldatariat, clinging to power not through bayonets but by constant braying and badgering.

It’s so simple to resist them – we just have to start giggling and saying, “Yeah, no, I’m not going to do that. Take your literally shaking self on a long walk off a short pier.”

Why some people don’t just tell these morons where to get off is baffling. Let’s try a bit of role playing:

Me: “They’re celebrating a battle where they beat the French like that’s a big deal. Now go away before I use you as the piñata.”

SJW: “Your Harvey Weinstein costume is offensive to women and people of heft!”

Me: “Then I guess you’re going to be really bummed at my wife’s costume. She’s going as a ficus.”

See, it’s easy. And fun. Defiance is not only necessary but super-entertaining. Oh and please, someone, feel free to go trick-or-treating as right-wing wrecking crew Kelly Turnbull and watch their pointy liberal heads explode.

After all, they’re full of it. You just need to understand that these people don’t care about other cultures – if they loved other cultures so much their sole experience with other cultures would not be accusing their immigrant housekeepers of stealing the silverware.

It’s a pose, a scam, an okie-doke. They want you to shrug and comply. Their strategy is to whine, complain, and annoy you until you become accustomed to obeying. They want to exhaust you with a never-ending litany of accusations of breaking the unending supply of new rules you didn’t know existed before you broke them.

This endless series of new rules is supposed to keep you off-balance and constantly vulnerable to their correction and guidance. You will never, ever be right – there’s always some new infraction for which you must submit to further restrictions of your right to self-governance. And the rules don’t make sense. Remember how you thought it was important for girls to be empowered by play where they model themselves after strong girl characters like Moana? Wrong! You’ve failed again, because in attempting to comply with their gender dictates (and make no mistake – SJWs have just as firm ideas of gender roles as normal people, except their ideas are terrible) you will inevitably run afoul of some other dictate. It’s intersectional all right, like an intersection with no traffic lights where you’re going to end up in a wreck one way or the other.

You can’t win, so why do some people play this game instead of telling these buffoons where to get off?

Clearly, for people like university administrators, these SJWs are simply catspaws whose demands and tantrums are a means to enforce the leftist conformity these administrators secretly want anyway. That’s why when these future baristas show up at the dean’s office with lists of 200 non-negotiable demands, they usually get treated with respect instead of the contempt and disdain they’re due.

But we don’t have to play. We can say “No.” And we should. No, jerks, if my kid wants to be Slenderman, he can be Slenderman no matter how fatist and cisgendered a bunch of 23-year old goofs thinks that is.