The Establishment’s Conspiracy to Silence Conservatives Could Destroy Our Country 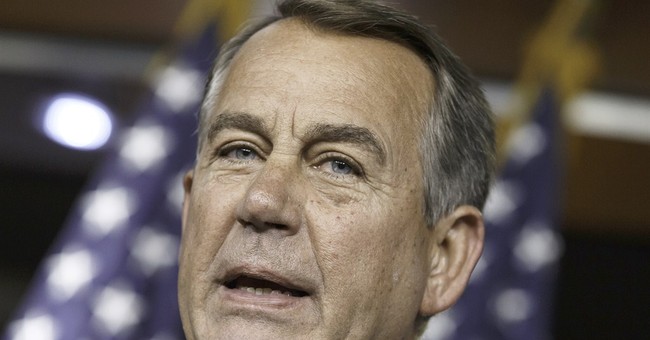 The establishment – defined less by party than by power – is using every weapon it has to shut you up, to marginalize you, and to beat you into submission. In the short term it may work. In the long term it promises disaster.

The key to any democratic republic is legitimacy. If the system allows a full and fair airing of different views before a decision is made, groups that lose the debate will accept the decision. You are disappointed if the other side won fair and square. But you are furious if the other side cheated.

And all the other side does today is cheat. Worse, it does so with a mindless cynicism, having discovered that if other elements of the establishment play along – like a mainstream media that refuses to perform its accountability function – then there are no immediate consequences. Over time, this risks of alienating nearly half of our citizens.

Sometimes the establishment cheats subtly. It can take the form of mockery, like when the President tried to belittle into silence the millions of Americans who doubt the climate change scam for believing that if the globe was really warming then the globe would actually be getting warmer.

Don’t think it’s only the leftist establishmentarians doing it. John Boehner felt secure enough to mock the majority of his own party for daring to have doubts about the wisdom of importing 30 million new Democrat voters. Shut up and stop being crybabies, chided the famously tan crybaby.

They love to deploy baseless slanders to figuratively ball-gag you and drive you out of the debate. Hate the idea of fascist college campus kangaroo courts run by academic Red Guards who, when examining the fallout of some beer-fueled hook-up, always presume the guilt of the drunken sophomore who has the penis and the victimhood of the drunken sophomore who doesn’t? Well, you must support rape!

Sometimes the establishment cheats blatantly. The administration simply ordered a couple dozen changes to Obamacare in direct violation of the statute. It doesn’t even pretend to follow our immigration laws.

And there’s no accountability. Facilitating the transfer of guns to Mexican drug gangs? No biggie. Four dead Americans in Benghazi? Fake scandal. Using the IRS to harass political opponents? Hell, the establishment thinks that’s a good thing. The Democrats supposed to be overseeing the IRS actually apologized to the IRS.

This IRS example is much more serious than just one single scandal. You have a substantial number of citizens who believe they have been grievously wronged. The IRS laughably contends that all the potential evidence has vanished down history’s most convenient memory hole. The establishment shrugs, winks, and refuses to enforce the system’s legal processes to determine if there has been wrongdoing. Now, is it a really great idea to tell about half the population that they are simply not entitled to seek redress of their grievances through the law? Any ideas from, say, American history about what can happen when you abandon the rule of law?

If the law means nothing, if half the people can’t avail themselves of it, and if there are no consequences for violating it, then what is there for the loyal opposition to be loyal to?

It must be liberating for the establishment to be free of accountability. “Oh, we couldn’t possibly do that,” they initially thought. “There’d be hell to pay!” Except, when they did it there was no hell to pay. There were no valiant establishment politicians who put country above party and pushed back. The mainstream media didn’t just roll over; it covered up when it wasn’t actively cheerleading. If Nixon was a Democrat in office today, the New York Times would run a front page, above-the-fold story on #YesAllWomen heroine Rosemary Woods and the patriarchal, cisnormative assault on her secretarial skills.

Can you smell the Pulitzer?

As I talk about in my new book, Conservative Insurgency (Coming out July 15th), this cynical establishment strategy risks changing our system from one defined by rules into one defined by raw power. Thuggery can work for a little while, but eventually people get fed up. Conservatives are actively marginalized, socially and politically, but is it realistic to think we will simply throw in the towel and obey? Destroying our political norms won’t silence the establishment’s foes; it will radicalize them.

Your opponents are not going to play by the rulebook you’ve just thrown out.

Is that what you establishment types want? What goes around comes around – hard. Europe’s elite’s similar disenfranchisement strategy is giving rise to nontraditional parties, both sensible ones like UKIP and scary ones like Greece’s Golden Dawn. When you make a conscious decision to deprive people of their voices, you may not like who they choose to speak for them.

Here, our ex-majority leader’s fate is a stark warning of what happens when the people you have been taking for granted take you for a ride. You better start listening to what we keep telling you. The Tea Party shook you up, but you told yourself that the madness had all blown over. Eric Cantor? Oh, uh, well, it couldn’t possibly have been caused by his amnesty fetish because if it were you might have to change what you’re doing and your Chamber of Commerce pals would totally be mad!

So the establishment will keep doing what it’s been doing. But they may just unleash a horde of what they will see as anti-establishment, bunny-boiling Glenn Closes who simply won’t be ignored.

'Reporter' Takes a Moment to Give a Joe Biden Fashion Update, Kayleigh McEnany Responds Accordingly
Redstate
Obama: What’s up with Latinos voting for a guy like Trump who says racist things about them?
Hotair