Change: But In What Direction? 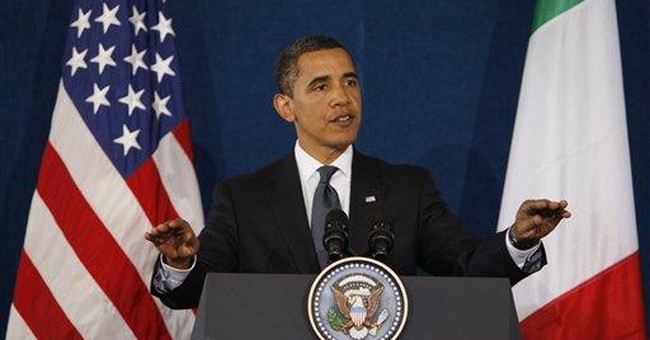 There is no doubt that President Obama's most valuable political asset is his remarkable charisma—his ability to send the spirit of the nation soaring on the wings of hope and change.  Among the hopeful visions and promises of change articulated by Mr. Obama in his inaugural speech this past January was a vow to "restore science to its rightful place and wield technology's wonders to raise health care's quality."

Six months into his term, a picture of the President's understanding of science and its "rightful place" is emerging, and it is anything but flattering.  President Obama has repeatedly demonstrated a propensity to elevate "science" over ethical considerations in pursuit of utilitarian goals.  He has shown himself to be all too willing to sacrifice principle, morality, and the most vulnerable among us for the sacred "achievements" of social and scientific progress.

This penchant of the President to disregard the importance of protecting innocent human life should come as no surprise.  As a state senator, Mr. Obama opposed legislation mandating emergency medical treatment for infants who survived an attempted abortion because he felt that a live baby would "add one more burden on a woman."  Still, one would hope that President Obama, famed "reconciler of opposites," would find a way to strike a balance between his pro-abortion, pro-"science" constituency and his pro-life supporters.

On the issue of life however, Mr. Obama has thus far proven himself to be unwilling or unable to find that mythical "common ground" he so eloquently spoke of in his commencement address at Notre Dame.  In his short time in office, the President has disbanded his council on bioethics (apparently they spent too much time talking about ethics), overturned limits on embryonic stem cell research instituted by President Bush, ended federal funding of abstinence-based education in favor of funding for contraception-based education, lobbied for federal funding for abortion in Washington, D.C., and supported the addition of an abortion provision in the behemoth health care bill currently winding its way through Congress.

Perhaps most revealing is the elimination of the President's Council on Bioethics, a distinguished group of experts who explored the ethical and public policy implications of emerging biomedical developments such as cloning and embryonic stem cell research.  The Council provided an important forum for discussing such matters, thereby fostering the development of a reasoned consensus about how to proceed through uncharted territory.  One would think that such a role would hold great attraction for President Obama in light of his stated commitment to discussion and debate; yet time and again, Mr. Obama has demonstrated that when it comes to protecting innocent human life, he is unwilling to allow ethical concerns to impede scientific "progress."

Mr. Obama appears to view any "advance" in science as an intrinsic good that is always beneficial to mankind.  This is the same mentality that animated the eugenics movement of the early 20th century.  In the 21st century, this mentality has given rise to a "disposable man" ethic that dictates that embryonic stem cell research should proceed unencumbered, regardless of its lack of success and regardless of the fact that each tiny embryo dissected in our quest for our improvement or immortality represents the willful destruction of nascent human life.

Obama's disposable man mentality may also be seen in his approach to pregnancy and abortion.  His decision to de-fund abstinence education makes it clear that he sees no utility in a principled approach to preventing unplanned pregnancies.  Obama apparently believes that the abstinence-only approach is stifling and outdated.  Why encourage teens to defer sex until marriage?  Their hormones are, after all, raging.  We’ll just provide condoms on the front end, and if that doesn’t do the trick, abortion on the back end—all at taxpayer expense, of course.  Problem solved; principle be damned.

Taking a cue from President Obama's approach to eliminating "problems" without addressing root causes, Planned Parenthood, the nation's number one abortion provider and recipient of millions in federal taxpayer dollars, has shown itself willing to break the law and bury reports of the abuse of underage girls requesting abortions.  Under the organization’s utilitarian view of life, it doesn't matter how a girl got pregnant—even if it was through the commission of a crime.  Planned Parenthood is in the business of solving the "problem" of unwanted pregnancy through abortion.  Period.

But what about those who, based on principle, refuse to perform—or assist in the performance of—an abortion?  If President Obama has his way, the days of conscientious objection will soon be over.  Medical practitioners who refuse to train in these procedures or offer these services will be guilty of—you guessed it—an ethics violation!

President Obama has made it crystal clear where he stands on questions of medical ethics and human life.  And rest assured, it is nowhere near middle ground.

In his inaugural address, the President invoked a noble vision for America:  "The time has come to reaffirm our enduring spirit; to choose our better history; to carry forward that precious gift, that noble idea, passed on from generation to generation: the God-given promise that all are equal, all are free, and all deserve a chance to pursue their full measure of happiness....  Our founding fathers, faced with perils that we can scarcely imagine, drafted a charter to assure the rule of law and the rights of man, a charter expanded by the blood of generations.  Those ideals still light the world, and we will not give them up for expediency's sake."

As he advances his agenda, President Obama would do well to remember his own inspiring words and ask himself if his policies will preserve the American tradition of life, liberty, and the pursuit of happiness, or whether they will sacrifice these precious ideals on the altar of utility and scientific expedience.