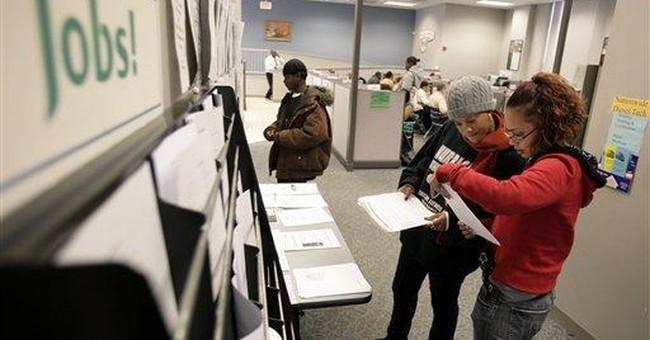 Only in Washington, D.C. could politicians celebrate their participation in what is hailed as a “Forum on Jobs and Economic Growth”, while supporting legislation which will produce the opposite result.

Our country’s double-digit unemployment rate shows us that those hosting this week’s White House forum while at the same time supporting the Employee ‘Forced’ Choice Act or EFCA are less concerned with getting Americans back to work than they are with paying back political debts to union bosses who will be in attendance.

The White House – working with Congress – hosted a jobs summit to “consider every additional, responsible step that we can to encourage and accelerate job creation in this country.”

Seems simple enough… Why don’t those in power send a signal to every small business in America – the very people who happen to be our top job creators – that they are serious about “encourag[ing]” and “accelerat[ing]” job growth by opposing EFCA?

All that’s required is an announcement that EFCA or any variation of it will be tabled along with the threat of forced unionization and mandatory, binding arbitration. The result: increased investment, entrepreneurship, and hiring by job providers as the risk of a government takeover is eliminated.

In addition to killing jobs and increasing unemployment, EFCA removes a workers’ rights to vote on their own contract, handing a huge amount of control over to government arbitrators who set wages and assign benefits. Instead of solving any supposed problems, the Employee ‘Forced’ Choice Act actually creates them for business owners and employees alike. The only group who benefits from this legislation is Big Labor bosses who will see more forced union dues, along with the political power that financial influx brings, while small business owners suffer.

Economists have studied the Employee ‘Forced’ Choice Act and found that it would put millions of Americans out of work. This job loss would happen almost immediately and increase each year the legislation is in effect. How can any responsible elected official claim a genuine interest in creating new jobs and growing our economy, while supporting a bill that both experts and job creators have denounced as overly burdensome at best and a dangerous job-killer at worst?

If the White House and Big Labor’s allies on Capitol Hill are truly concerned with job creation and economic development, they can send a clear and unambiguous message to small businesses by opposing EFCA. Whether it’s the original bill or any so-called “compromise,” the Employee ‘Forced’ Choice Act (EFCA) is an affront to workers and job providers who are already struggling in a faltering economy.

The American people need real solutions that will spur the economy and create more jobs. Supporting EFCA accomplishes neither.