Look Beyond The Rancor

Kathryn Lopez
|
Posted: May 21, 2022 12:01 AM
Share   Tweet
The opinions expressed by columnists are their own and do not necessarily represent the views of Townhall.com. 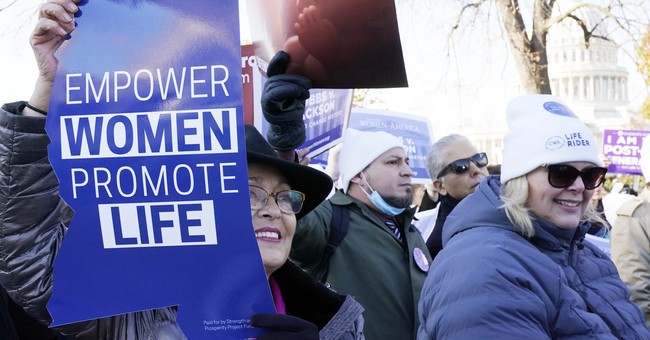 I've heard things in recent days about the pro-life movement that are not true. I've read how we're against abortion because we want more white babies for white couples to adopt. This doesn't make any sense to anyone who has ever spent time at an abortion clinic, where the vast majority of abortion patients are nonwhite.

If you can clear away all the rancor and hysteria on both sides of the abortion debate, there are things we can agree on, I am certain. We just need to be willing to talk with one another, to listen and to share honestly.

A friend recently told me a story that gave me some hope. An elderly man was having trouble walking. He had a cane and kept stopping. My friend asked if he could use an arm to lean on. He wound up asking her what she did, and she explained that she is a doctor who serves women. He immediately launched into a rant about the myopic Supreme Court and how they are about to trample women's rights.

My doctor friend politely listened and then let him know that she's actually in support of the end of Roe v. Wade. She works with women who have suffered because of their abortions. He smiled and said that their exchange was a reminder that there are good people who have views on both sides of the issue of abortion. She talked a little about the women who don't feel like they have any choice other than abortion, and how it seems an indictment of our society that we would not do all we could to make sure a pregnant woman can be a mother to her child if she wants to do so.

My friend didn't necessarily change his mind, but because of the surprise encounter, they both stepped out of caricatures and had a human moment with each other.

I once talked to a 17-year-old Black girl who had taken an abortion pill. The process at that point could have been reversed, and the girl was open to that. But her mother was insisting she have the abortion because she hadn't even finished high school. Her boyfriend would love to be a dad, she said. She connected with people who would have helped her, but the phone was taken away from her, I assume by her mother. But fast-forward some months. She's pregnant again. She schedules an abortion. Someone inside says something to her that gives her pause. She leaves without going through with the abortion. She reaches out to some of the people she'd previously encountered who'd wanted to help her choose life for her baby. That second baby is alive today.

Life is messy. Choices are difficult. But shouldn't we do everything we can to make sure a mother can choose life? Women's freedom does not rest on the bodies of dead babies, taken away from clinics in boxes as medical waste.

If we do, indeed, see the end of Roe in the coming weeks, we really need to listen more than yell -- including about things that are totally made-up -- and double-down on hospitality and love. Women and their babies are overdue this.