To Appalachia With... Respect 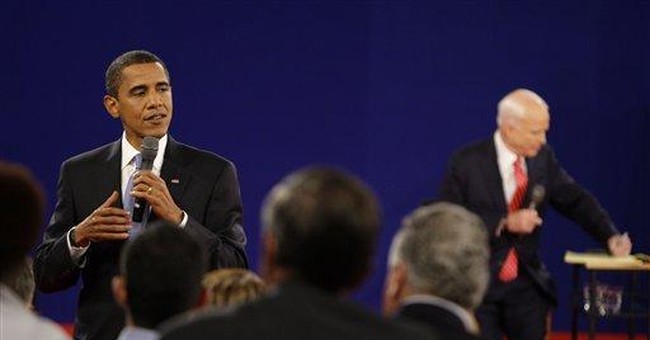 WASHINGTON -- If you're a Democrat who needs help getting the votes of rural white folks, the go-to guy is David "Mudcat" Saunders, a central-casting political consultant recently made famous by a parade of magazine writers led by The Weekly Standard's Matt Labash.

But sometimes you can learn more about a people and their place through literature than by hiring consultants. So I called Ron Rash, poet, author and purebred Appalachian whose newest novel, "Serena," should be at the top of Barack Obama's reading list.

Sarah Palin might enjoy it as well. Described by one blurber as "an Appalachian retelling of Macbeth," the story features a strong woman who hunts rattlesnakes with an eagle. An Academy Award nomination awaits the woman who plays Serena, predicts novelist Pat Conroy.

I asked Rash, with whom I've visited on occasion: What does Obama need to do to win the hearts and votes of Appalachia?

Rash is a lean, wiry man who has trouble sitting in a chair with both feet on the ground, usually pulling one knee to his chest like a yogi. He speaks in quick bursts like an engine spitting in the cold -- or a man more accustomed to thinking than talking.

Though an Obama man, Rash is quick to condemn the snobbery he has observed toward Palin. He cringes when he hears a news anchor refer to his home turf as "redneck country." Or when the bad guy in movies too often has a Southern accent.

But, he says, "One thing about Appalachian people is they don't bitch and moan."

Rash's Appalachian roots run 200 years deep, and he has the tales to prove it. One that may prove helpful to Obama in understanding the character of his people tells of a Confederate soldier who dropped by Rash's family farm near Boone, N.C., to confiscate their only horse for the Confederacy.

As the soldier left whistling "Dixie," the lady of the house shouted: "Before morning, you'll be whistling 'Dixie' in hell."

Indeed, the next morning, the fellow was found face down in a creek two miles away -- and the horse was back in the barn.

Obama has more in common with the mountain people than he may realize, says Rash, who is the Parris distinguished professor in Appalachian cultural studies at Western Carolina University in Cullowee, N.C.

African-Americans built this country and got nothing back, he says. So did Appalachians. What Obama may not know is that most mountain communities were pro-Union during the Civil War. These often-impoverished descendants of the Scots-Irish weren't slaveholders, after all. In a sense, blacks and Appalachians are natural allies.

As Virginia Sen. Jim Webb wrote in The Wall Street Journal: "The greatest realignment in modern politics would take place rather quickly if the right national leader found a way to bring the Scots-Irish and African-Americans to the same table."

Moreover, the civil rights and anti-slavery movements were long a part of Appalachia, says Rash. "Rosa Parks attended a workshop in Appalachia before she sat on that bus."

Thus, when Obama visits the region, Rash recommends that he say the following:

"I'll make a vow to you today that a year from now, I'll be back. And we'll discuss what I've done and whether you feel like I've honored what I've said here today. I'll come back this time of year for as long as I am president."

Obama should also say that though he is different in many ways, he is much the same. He didn't grow up with wealth, and had to work hard, as they do. On the war -- a prickly point in these parts -- Obama should recognize that Appalachia has contributed more than its fair share to America's wars. He should say:

"We may disagree about this war, but one reason I disagree is because this region more than any other has sent soldiers into battle for this country. And part of honoring that is not sending them into a war that has not been well thought-out."

Straight talk without condescension is all anyone asks. It may be all Obama needs to finish the race.