Walking Away from Cognitive Dissonance

Karen Kataline
|
Posted: Nov 05, 2018 9:49 AM
Share   Tweet
The opinions expressed by columnists are their own and do not necessarily represent the views of Townhall.com. 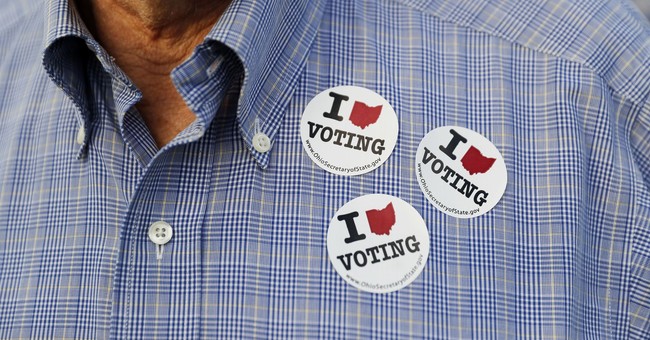 The woman who claimed to write an anonymous letter accusing Justice Brett Kavanaugh of raping her in his car has admitted that she lied. Judy Munro-Leighton turned out to be a left-wing activist who admitted that she did it because she was angry. She has never met Justice Kavanaugh.

That’s a pretty clear contradiction to the liberal chorus that women never lie about sexual assault. "Women don’t want to call attention to themselves that way,” they say. “That means they should always be believed,” is their refrain. Munro-Leighton admitted that she did it for the attention.

It’s no wonder that although it was widely discussed on social media, the story was mostly ignored by what Rush Limbaugh calls the “drive-bys,"  They had already driven-by, and moved on to the next in an endless parade of hysterical narratives designed to smear Republicans for the midterms.

Here’s one they’re driving by now: Ten women in Vermont did a naked photo shoot for a campaign called “Grab Them by the Ballot.” Chelsea Handler recently joined the bandwagon just to add some celebrity gravitas to the cause.

I know we're not supposed to ask, but how does stripping naked with only a ballot to cover your private parts make the case that women are oppressed and Democrats should turn out to vote?

If you do ask, you can expect to be subjected to personal attacks and smears that have an “ist” or an “phobe” at the end. “Racist!” “Sexist!” “Homophobe!” “Xenophobe!” We ought to have a song with those lyrics. We could write it ourselves.

The left regularly incites their base to keep them in a state of such turmoil that they never stop to ask themselves if the contradictory ideas they’re being spoon-fed make any sense.

Why are Democrats so good at tolerating cognitive dissonance?  It helps to have an extremely short attention-span and live only in the moment.  The Left prides themselves on having no sense of history.  That way, they don’t remember that they used to believe the opposite of what they believe now, even if that was last Thursday—and they’ll get all the validation they need from their trendy friends.

That’s one of the reasons Leftists love to tear down monuments to quash whatever history they don’t like. To them, gender is a social construct and so apparently, is history.  Basic facts about yourself are mutable and you can choose whatever gender or ethnicity you want. Then, Voila!  The second you join the group, you are immutably oppressed.  See how that works?

I recently decided to challenge some of this thinking with alumni from Columbia University Graduate School of Social Work, of which I am a member.  I posted the Judy Munro-Leighton story on their Facebook page. Without commenting on the piece itself, they screeched, “Troll!” and “Racist!”  One poster called my ethics into question, and another said I shouldn’t be allowed near clients.

I admit it.  This wasn’t the first time I have posted a fact which they have deemed to be outrageous and incendiary. Their response this time was to block me from the group entirely. We are all too familiar with this brand of liberal compassion and tolerance.

Apparently, they can handle cognitive dissonance when it is self-generated, but not when it comes from someone who informs them of something that doesn’t fit their twistedly dissonant narrative.

How do you point out hypocrisy to those who don’t mind being hypocritical?  My solution is to scratch my head and then keep helping as many people as I can to #WalkAway from the crazy-making, constantly contradictory, cognitive dissonance of Liberalism. Call it my own private practice in mental health counseling.

I have always been fascinated with the process that successfully brings people out of cults. Having the courage to ask that very first question is what usually leads to so many others. That first question will reliably bring the retaliation that gets heaped on anyone who dares to think for themselves.  In the case of the cult of liberalism, this is what leads to the revelation that they’ve been lied to about all of us as well.  At that point, they usually #WalkAway faster.

I may have been blocked from the Columbia's Social Work Alumni page, but take it from me: Walking away from the rage, the violence and the cognitive dissonance of the Left is an essential component of good mental health.