Even in Death, Castro Still has 'Useful Idiots'

Jonah Goldberg
|
Posted: Nov 30, 2016 12:01 AM
Share   Tweet
The opinions expressed by columnists are their own and do not necessarily represent the views of Townhall.com. 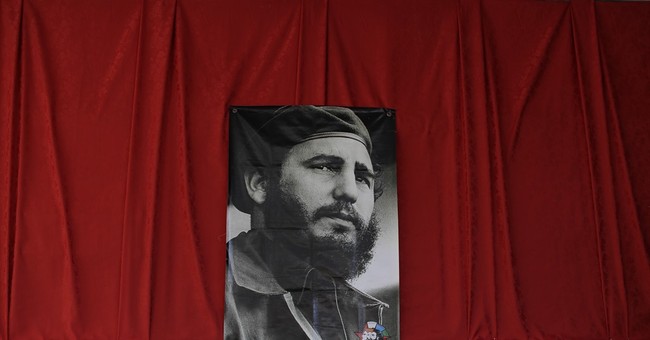 Fidel Castro died as he lived: to the sound of useful idiots making allowances for his crimes. (That's not my term: It was Lenin who called liberal apologists for Communism "useful idiots.")

The gold medal in the Useful Idiot Olympics should probably go to Justin Trudeau, the prime minister of Canada. In a statement, he expressed his "deep sorrow" upon learning that "Cuba's longest serving president" had died.

One can only imagine what George Orwell could do with that one word, "serving." Castro did not serve; he ruled a nation of servants, often cruelly, while making obscene profits for himself and his family.

"Fidel Castro was a larger than life leader who served his people for almost half a century," Trudeau continued, repeating that word. "While a controversial figure, both Mr. Castro's supporters and detractors recognized his tremendous dedication and love for the Cuban people who had a deep and lasting affection for 'el Comandante.'"

Again, where is Orwell's red pen?

"El Comandante": The term drips with affection, doesn't it? Castro's "detractors"? Would those be the families of the thousands he had executed? The survivors of Castro's Caribbean gulag? Those who didn't drown trying to escape?

Trudeau's expression of "deep sorrow" was typical of a whole genre of Castro eulogies. His apologists have tended to romanticize the "revolution" and parrot dubious Cuban state propaganda -- Literacy rates! Free health care! -- while dispensing antiseptic euphemisms for the brutal reality of what the revolution wrought.

At least when people note that Hitler built the autobahn and Mussolini made the trains run on time, they're usually being ironic. To listen to some Castro defenders, you'd think the scales of justice can balance out any load of horrors, so long as the substandard health care is free and the schools (allegedly) teach everyone to read.

As much of the American left is openly mooting whether or not the American president-elect is a dictator-in-waiting, one has to wonder whether they would take that bargain: No more elections, no more free speech, no more civil liberties of any kind, but socialized medicine and literacy for everyone! American political dissidents, homosexuals, journalists and the clergy, just like in Cuba, can languish in prison or internal exile, but at least they'll be able to read the charges against them.

Orwell's red pen is too good for such asininity. Lest there is something I don't know about Elvis, none of these figures were brutal unelected despots responsible for the murder of their own people (10 times as many deaths as those credited to Chilean dictator Augusto Pinochet).

One hint as to why Rivera and so many others were smitten with Castro: He was an international celebrity. Rivera even tweeted a picture of himself grinning broadly in "el Comandante's" presence along with his condolences. "RIP #FidelCastro Yes, a despot who ruthlessly suppressed dissidents. But he defeated a dictator & was the premier revolutionary of his time."

"Premier revolutionary of his time." It's as if Rivera thinks this title provides moral cover. This is the thinking that allows vacuous hipsters to unselfconsciously shrug when you tell them that the Che Guevara on their T-shirt was a sadistic murderer. "Yeah, but he was cool."

But among serious leftists, Castro's radical chic is secondary. For them, Fidel's revolution provided the slender hope that America was on the wrong side of history. It was a symbol of resistance -- intellectual, political and spiritual -- to Western yanqui hegemony. They loved Cuba for many of the reasons they hate Israel (despite its exemplary literacy rate and universal health care system). They think -- wrongly -- that Israel is an extension of Western colonialism while Cuba was a rejection of it.

Castro understood this better than anyone, which is why he was able to "serve" his people for so long.