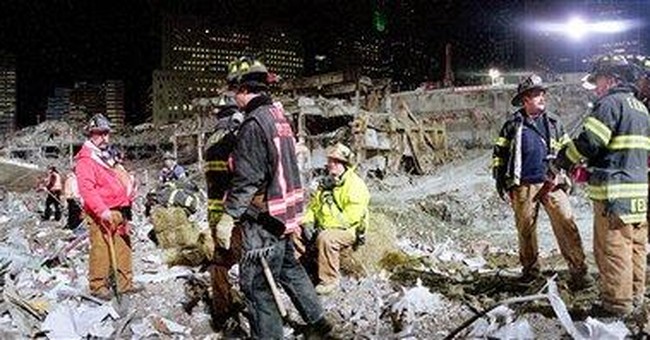 The ground zero mosque controversy is one of the stupidest debates of our time. I don't mean the substance of the debate (though there's no shortage of stupidity on that front either). I mean that we are having it at all.

The CIA usually defends its existence by pointing out that we never hear about its successes, only its failures. The bombs that don't go off don't make headlines. Politics works the same way. Good politicians instinctively see down the road and around the corner. Great politicians do this not just with political headaches but with weighty affairs as well. We call such foresight statesmanship.

With the ground zero mosque, we have gotten the exact opposite. The supposedly pragmatic political wise men have been blinded by ideology or incompetence and have failed to see what was so obviously around the corner. A big honking Islamic center built to capitalize on 9/11, in a building that was damaged on 9/11? What could go wrong?

It's as if they've wanted to turn a dumb idea into an emotional and unwinnable national controversy.

Let's start with the incandescent idiocy of New York City Mayor Michael Bloomberg. If Bloomberg had a scintilla of foresight, he would have prevented anyone from ever hearing the words "ground zero" and "mosque" in the same sentence.

Bloomberg is not only the mayor. He's also a billionaire with massive sway in the city's media, finance and cultural institutions. Moreover, the Big Apple is a Hieronymus Bosch hellscape for landlords and developers. Rent control, historic preservation, zoning, environmental impact, community protests, union delays -- not to mention plain old red tape and corruption -- offer enough tools to stop any project before it starts (Heck, ground zero is still a gaping hole, and everyone has wanted that land to be developed, fast).

The notion that Bloomberg couldn't have quietly stopped this in New York is like saying Satan is powerless to do anything about the heat in Hades. He could have kept the molehill from becoming a mountain with an afternoon's worth of phone calls. The center would be built, just not so close to ground zero; no big deal.

But instead of quietly extinguishing a controversy, Bloomberg said it was as important a "test of the separation of church and state as we may see in our lifetime."

Which brings us to President Obama (who himself could have quietly intervened months ago) and what may be his most embarrassing blunder yet. At a White House dinner with Muslim leaders Friday night, Obama offered what every major journalistic outfit in the country took to be unqualified support for building the mosque. Indeed, Obama aides preened over his moral courage, telling the New York Times that there was no doubt which side he would take.

"He felt he had a responsibility to speak," said David Axelrod, as if he was drafting the inscription on Obama's Profiles in Courage Award. But by Saturday morning, Obama tried to weasel out of it with the sort of lawyerly parsing everybody despises. Speaking to reporters in Florida, Obama claimed he had no position on the "wisdom" of the project, and anyone who mistook his academic comments about building a mosque in Lower Manhattan for an endorsement misunderstood him.

Well, if his real intent was to remain agnostic, he should fire his speechwriter immediately.

But of course that wasn't his intent. He wanted to seem heroically principled. But when he was hit with an entirely foreseeable backlash (according to one poll, nearly 70 percent of Americans oppose the mosque), he once again led with his glass jaw and, in effect, told everybody they were too dimwitted to grasp the brilliant nuance of his remarks.

This was the opposite of statesmanship. By elevating an already stupid idea and a poisonous debate, he forced everyone to take a side on a polarizing issue (including vulnerable Democrats like Nevada Sen. Harry Reid, who, late Monday, came out against the mosque), while undermining his own credibility, not to mention America's reputation around the world.

And it all could have been avoided with some foresight and a few phone calls.