What the GOP Can Learn From a Pizza Chain 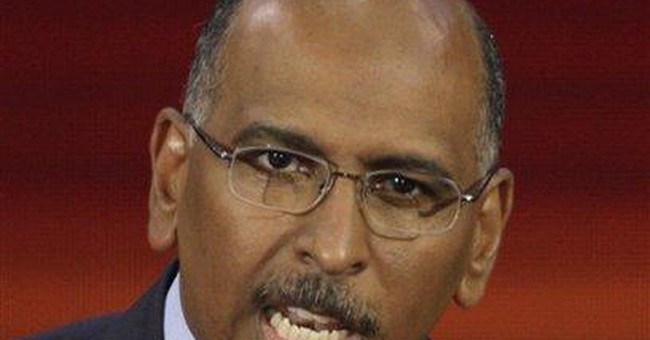 This is one of those rare moments when the conventional wisdom in Washington is right. The Democrats are poised to have a bad year; the only argument is over how bad it will be. And that question rests on whether or not the Republican Party crafts an agenda voters will support.

So far the GOP has shrewdly been the "party of no." Since I disagree with so much of the Obama-Pelosi-Reid agenda, I happen to think that "no" is the correct position on the merits. But that's not the point. Saying "no" has worked because that's what most Americans say, too.

The trick for the GOP is to figure out what it will say yes to. Republicans are a bit like the Democrats in 2006 and 2008. Americans were sick of Bush and the Republicans back then, so they threw their support behind the Democrats by default. The Democrats over-read this support as a sweeping mandate for their agenda.

This has given the GOP an opportunity many Republicans feared just a year ago might not come for a generation.

Now comes the hard part: seizing the opportunity. Fortunately, I'm not a political consultant. But if I were giving my two cents -- and whaddya know? I am! -- I'd tell the GOP to look not to Reagan in 1980 or Gingrich in 1994, as so many pundits suggest.

You may have seen the commercials or the four-minute YouTube video touting the iconic pizza-delivery chain's reinvention. But if you haven't, Domino's new campaign can be summed up easily enough: "We blew it."

Focus groups and consumer surveys revealed something pretty much everyone outside of Domino's has known for years: Their pizza stinks. It tastes as if aliens tried to copy real pizza but just couldn't capture its essence.

In their four-minute video (search YouTube for "the Pizza Turnaround") executives, employees and chefs at the company confront their harshest reviews head-on. They talk about how much it hurts to hear that their product "tastes like cardboard" and is worse than microwave pizza. But they admit the truth and commit themselves to starting over with more flavor, better crusts, and cheese that doesn't taste like discount weather caulking. Domino's says that the American palate has improved, and they want to update their recipe to take account of that fact.

The appeal of the campaign should be obvious: honesty. Domino's admits they lost their way, and they want a second chance. They're confronting the criticism head-on rather than denying it.

Obviously, the analogy to the GOP isn't perfect. For example, last I checked, Domino's didn't get bogged down in an unpopular war.

But the GOP's troubles over the last decade have a lot to do with the fact that Americans didn't stop liking what the Republican Party is supposed to deliver. They stopped liking what the GOP actually delivered.

As a conservative who cares more about policies than partisan success, I would hate to see the GOP abandon conservative policies in order to be more popular. That would be like Domino's listening to critics and then deciding to get into the Chinese food business. Indeed, by my lights, that's what George W. Bush tried to do with his "compassionate conservatism." He surrendered to liberal arguments about the role, size and scope of government on too many fronts. In effect, he said you can have your pizza and Kung Pao chicken all in the same dish. That's not a good meal, it's a bad mess.

Moreover, abandoning conservatism would be silly. According to Gallup, Americans identify themselves as conservative over liberal by a margin of 2-1, the same proportion as just after 9/11.

So what would a GOP-turnaround recipe look like? That's a subject for any number of other columns. But for starters, I'd look to young political chefs like Rep. Paul Ryan (R-WI). He's been the leader in attacking "crony capitalism" -- the corrupt merger of big business and big government, a hallmark of the Obama administration. For too long Republicans confused supporting big business with supporting free markets, when big business is often the biggest impediment to fair competition. Other fresh new ingredients would almost surely include pro-family tax policies and the de-linking of legal and illegal immigration as interchangeable terms.

But first, the GOP needs to admit it screwed up. That's what Democrats did with Bill Clinton, and it gave the "New Democratic Party" a new lease on life.

F. Scott Fitzgerald couldn't have been more wrong when he said there are "no second acts in American lives." More than any nation on earth, America is about second acts. We love contrition and redemption. We love it in pizza companies and politicians alike.