John Stossel
|
Posted: Jun 24, 2020 12:01 AM
Share   Tweet
The opinions expressed by columnists are their own and do not necessarily represent the views of Townhall.com. 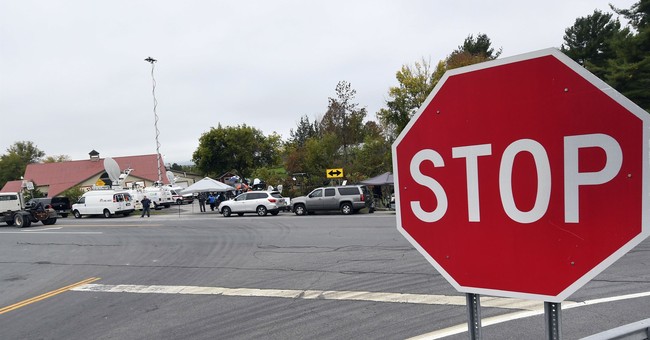 Do you say what you think? That's risky! You may get fired!

You've probably heard about a New York Times editor resigning after approving an opinion piece by Senator Tom Cotton that suggested the military to step in to end riots.

In my new video, Robby Soave, a Reason Magazine editor who writes about young radicals, explains, "They only claim it because that's their tactic for seizing power in the workplace."

They learned this tactic from so-called woke professors and fellow activists at expensive colleges, says Soave.

A female student said, "I don't feel safe!" although Sullivan had been a dean for many years. Sullivan resigned.

At UCLA, business school lecturer Gordon Klein rejected a request to give black students different treatment on their final exam because of George Floyd's death. Klein pointed out that since the class was online, he had no way of knowing which students were black. He also told students: "remember that MLK famously said that people should not be evaluated based on the color of their skin."

The activist group Color of Change (which once demanded that I be fired) launched a petition to have Klein "terminated for his extremely insensitive, dismissive, and woefully racist response." UCLA quickly caved. Klein is on mandatory leave.

Now that many former college radicals have jobs at elite media companies, they demand that newspapers not say certain things.

When, in response to looting during George Floyd protests, the Philadelphia Inquirer ran the insensitive headline, "Buildings Matter, Too," 44 staff members claimed that "puts our lives at risk." Their letter didn't give any evidence as to how it threatened their lives (in fact, today both blacks and whites are safer than ever), but they won. The editor resigned.

A week later, young activists at NBC news tried to silence The Federalist, a respected conservative site that NBC labelled as "far-right." The Federalist had published a column that said, correctly, that the media falsely claimed that violent riots were peaceful. But the column did contain a mistake. It quoted a government official saying tear gas was not used, when it had been used.

NBC then ran an article bragging that Google blocked The Federalist's ads after an "NBC news verification unit" brought The Federalist's "racism" to Google's attention. NBC's reporter even thanked left-wing activist groups for their "collaboration."

But NBC was wrong. Google didn't cut off The Federalist. Google merely threatened that if the Federalist didn't police its comments section.

It was one time when the activist mob's smears failed. But they keep trying to kill all sorts of expression.

Some now even want the children's TV show "Paw Patrol" canceled because it suggests law enforcement is noble.

When activists decide that certain words or arguments are "offensive," no one must use those words.

"(But) we're supposed to occasionally offend each other," says Soave, "because you might be wrong. We have to have a conversation about it. We have to challenge dogma. What if we were still with the principle that you couldn't speak out against the King?! That's the history of the Middle Ages."

That's when authorities arrested Galileo for daring to say that the earth revolved around the sun.

"That's the condition that all humans lived under until just the last 300 years, and it was a much less happy place," says Soave. "Then we came to an idea that we improve society by having frank and sometimes difficult conversations about policy issues, philosophy, about how we're going to get along and live together."

Life has been much better since people acquired the right to speak freely.

Elite colleges spread the idea that speech can be a form of violence. "Words are like bullets!" they say.

But words are words; bullets are bullets. We must keep them apart.

When entitled leftists declare themselves the sole arbiters of truth, it's crucial that we all speak up for free speech.