A New Day in Politics 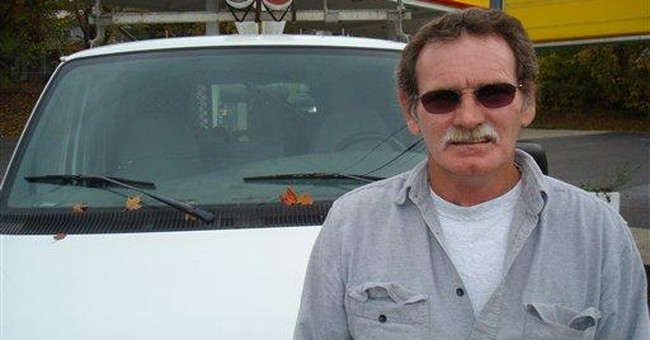 "Independents are everywhere, and they're becoming the largest single voting bloc in the country," Reason magazine Editor Matt Welch says. " (T)hey can determine every national election and every ... election for state office. So independent voters -- people who refuse to say, 'I'm a Republican or I'm a Democrat' -- that's where all the action is."

Welch and Reason.tv Editor in Chief Nick Gillespie just published a book on what to expect from this change: "Declaration of Independents: How Libertarian Politics Can Fix What's Wrong With America."

The big change they see stems from independents' refusal to be absorbed by any party. "Compare the tea party to the ... Howard Dean antiwar movement," Welch said. "Howard Dean became the chairman (of the) Democratic National Committee. But the tea party has kept an arm's length and said, 'No, we're not going to be Republicans. ... (W)e're going to focus on ... government spending, deficit, and debt, and that's it.' ... And by maintaining that independence they have retained power."

"Independence in politics means that you can actually dictate some of the terms to our overlords," Welch and Gillespie write, adding that we need independence not just in politics but from politics. Welch said, "When we look at the places where government either directly controls or heavily regulates things, like K-12 education, health care, retirement, things are going poorly."

It's very different outside of government where -- from culture to retail stores to the Internet -- there's been an explosion of choice. "(Y)ou were lucky ... 20 years ago (if) you would see one eggplant in an exotic store," Welch continued. "Now in the crappiest supermarket in America you'll see four or five or six varieties of eggplant, plus all types of different things. ... (W)hen you get independent from politics, things are going great because people can experiment, they can innovate. ... We should squeeze down the (number of) places where we need a consensus to the smallest area possible, because all the interesting stuff happens outside of that."

Government is a zero-sum game: Someone wins, and someone loses, unlike in the market, where it's win-win, where merchant and customer thank each other. "Anytime that you have the government expressing anything," Welch continued, "it's a battle of values. If a government is supporting an art show, people who find that art offensive have a legitimate claim. If a government buys ... a new baseball stadium, well, my wife hates baseball, so how is that fair to her?"

"Fifty-one percent of the people get to tell the other 49 percent what to do, how much to pay, where you have to show up," Gillespie added. In the private sector, everybody gets to pick what he or she wants.

"There are troubles and tradeoffs," Gillespie said. "But ... if somebody starts selling stuff you don't like, you don't hold a rally and you don't try and get a bunch of people to vote to change it. You go to the next grocery store ... or you build your own grocery store. It's hard to do that with schools ... with health care and ... retirement." Of course, as government makes more decisions for people and limits competition, it reduces our choices. It's also given us horrible, unsustainable debt.

But, surprisingly, the Reason folks are optimistic.

"There are cases (of big government rollbacks)," Gillespie said. "New Zealand did this. Canada did this. The U.S. did this after World War II -- dramatically ramped down the amount of spending, both in absolute terms and in relative terms as a percentage of economic activity. Political change happens."

But for now, the politicians continue to move us in the wrong direction. Last year, the feds alone added another 80,000 pages of rules. Despite talk of cuts, spending keeps growing. So does the debt.

And yet maybe the optimists are right. Maybe the human spirit is so powerful it will overcome the stupidity of politics.

I sure hope so.