Trump's Senate Trial Rests on the Claim that He Lied About Vote Fraud, He Didn't

John R. Lott, Jr.
|
Posted: Feb 10, 2021 12:01 AM
Share   Tweet
The opinions expressed by columnists are their own and do not necessarily represent the views of Townhall.com. 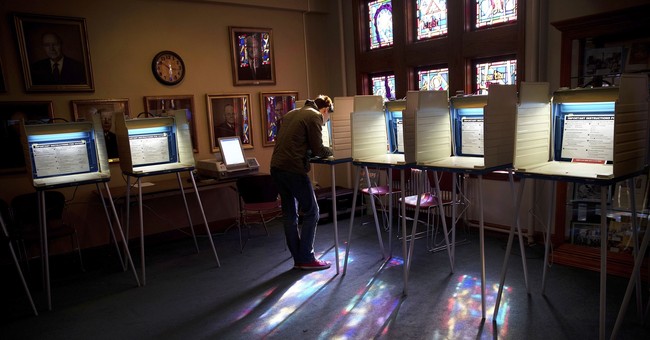 Former-president Donald Trump’s Senate trial for his January 6 speech “inciting” a riot at the U.S. Capitol rests on the claim that he lied about vote fraud in the November election. Put aside that Trump asked “everyone here will soon be marching over to the Capitol building to peacefully and patriotically, make your voices heard." That he only wanted them to show their support for legislators who were supporting him. That the assault on the Capitol's security lines started before Trump began speaking.

While Trump’s questioning the integrity of the November election “incited” violence, President Biden can liken Senators Ted Cruz and Josh Hawley to Nazi Joseph Goebbels or numerous times falsely label his political opponents as racists, but, of course, that isn’t inciting violence.

Yet, despite the media continually labeling claims of any election fraud or significant fraud as “false,” there is a lot of evidence of significant vote fraud. What has been misleading are the claims that the courts have examined this evidence.

Courts have frequently rejected Republican challenges to the 2020 presidential vote because they want evidence that a case involves enough fraud to alter the vote's outcome in a particular state. Republicans argue that since their observers couldn't watch the vote count, they can't provide that evidence and have asked for discovery. Still, while the courts have agreed that irregularities have occurred, they weren't willing to grant discovery unless Republicans first present enough evidence of fraud to overturn the election. Republicans thus faced a kind of Catch 22.

Concerns over fraud with absentee ballots is not something limited to Republicans in the United States. Indeed, many European countries have much stricter voting rules to prevent fraud. For example, 74% entirely ban absentee voting for citizens who live in their country. Another 6% allow it, but have very restrictive rules, such as limiting it to those in the military or are in a hospital, and they require evidence for this. Another 15% allow absentee ballots but require that one present a photo voter ID to acquire it. 35% of European countries ban entirely absentee ballots for even those living outside their country. The pattern is similar for developed countries.

According to the Chair of the Georgia Republican Party, David J. Shafer, "counting of ballots took place in secret after Republican Party observers were dismissed because they were advised that the tabulation center was shutting down for the night." In Pittsburgh, observers were at least 15 to 20 feet away from the counting. At other times, they were at least 100 feet away. As one poll-watcher in Pittsburgh notes, observers had "no ability to watch anything." Similar problems arose in other places such as Philadelphia, Detroit, and Milwaukee.

Many other violations of rules occurred. For example, in Pittsburgh and Philadelphia, voters with invalid mail-in/absentee ballots received a notification and were allowed to correct that defect using a provisional ballot on Election day. In contrast, election officials in Republican-leaning counties followed election law more strictly and did not give voters similar notifications with invalid mail-in/absentee ballots.

A court case in Georgia Fulton County Superior Court brought by State Republican Chairman David Shafer and President Donald Trump discovered hundreds of thousands of extra votes: 40,279 people who had moved counties without re-registering; 4,926 voters who had registered in another state after they registered in Georgia; 305,701 people who, according to state records, applied for an absentee ballot past the deadline; 66,247 under 17 years of age; and so on. In Madison and Milwaukee, Wisconsin, 28,395 people allegedly voted without identification. Similar problems existed in other Democratic-controlled counties.

Again, it is important to remember that the courts never looked at any of these problems and never granted discovery.

In recent research, I found that while heavily Republican counties had a much higher turnout this election compared to 2016, heavily Democrat counties generally didn't. The exception was in heavily Democrat counties where vote fraud was alleged to occur. Even after also accounting for county demographics, my estimates indicate 70,000 to 79,000 "excess" votes in Georgia and Pennsylvania. Adding in Arizona, Michigan, Nevada, and Wisconsin, the total increases to up to 289,000 excess votes.

There was also strong evidence that voters in Allegheny County, Pennsylvania, were allowed to correct defects in absentee ballots using a provisional ballot on Election day – implying an additional 6,700 votes for Biden. Other evidence points in the same direction but is not consistently statistically significant.

Suppose Biden and other Democrats really want to unify the country and heal the wounds. They should avoid the political theater of impeaching someone who is no longer president and offer to investigate whether vote fraud occurred. They should have nothing to fear if they are right that there is no evidence of fraud.