Bill's Wife is an Obama, Not a Clinton 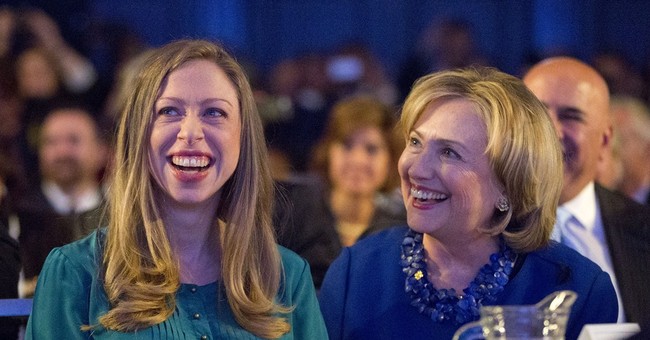 It’s clear now to Democrats that only a Clinton can save them from the progressive extremes of Barack Obama.

There is some precedent for this. But the end, Clinton can't save them.

Bill Clinton made two amazing volte-face turns in his career, from progressive to centrist Democrat, both of which sealed his reputation as a master politician, whatever one thinks of his statesmanship.

While most people are familiar with Clinton’s swing to a more moderate path-- even cooperating with the GOP-- after getting historically bested in the first mid-terms of his presidency, many don’t realize that it was a maneuver that Clinton had perfected over a decade previously.

After being elected governor of Arkansas in 1978, Clinton was defeated for reelection to the governor’s mansion in 1980 by Republican Frank White. The defeat can partially be attributed to Clinton’s swing to the left, a development that was driven by his wife, Hillary Rodham. Rodham, as she preferred to be called back then, has always been the progressive in the family and it was she who brought Bill to the brink of oblivion in his first term as governor.

In 1982, however, Clinton redeemed himself. He swung back to his more moderate roots and defeated White in the Arkansas gubernatorial general election. It was post Clinton would occupy until he became president. He occupied the governor’s mansion, in part, because whatever her private role, Hillary, at least publicly, stayed home and baked cookies for the rest of the term.

But if we know anything about Bill, it’s that while he might learn from his mistakes, it doesn’t mean that he won’t repeat them.

He just can’t help himself where women are concerned, even when that woman is his wife.

So after winning the presidency in 1992, the first co-presidency of Bill Clinton, and now, Hillary RODHAM Clinton, commenced.

It was a disaster. Clinton looked to be all but assured of defeat for reelection by the start of year three after the GOP kicked the snot out him in the 1994 mid-term elections. The Republicans picked up 54 seats in the House and a net of 8 in the Senate in the election that became known as the Republican Revolution. Part of that defeat endured by Clinton was due to HillaryCare, which we now know eventually become Obamacare.

So once again, Hillary became Mrs. Clinton-- this time in the White House-- and Bill swung back to his more moderate roots. Whatever her role in private, Hillary largely sat down and shut up for the rest of Willie’s presidency, thus he was reelected in 1996.

Now, jump forward in history as Hillary ran for president against Barack Obama. Obama presented himself as the more moderate alternative to Hillary, with no public option on the table for his version of HillaryObamaRomneyCare healthcare reform.

So today Hillary-- no more need for last name-- wants you to know that she was more a member of Clinton's administration than she was of Obama’s. She says being the wife of president Bill was kind of a cabinet position in and of itself.

I never would have guessed that a cabinet position could be that gross. Actually I heard the “cabinet position” was Bill's favorite position, making it unlikely Hillary knows anything about it.

But politically, wife or no, cabinet or cookie maker, make no mistake: Hillary’s not a Clinton. She an Obama without the Je ne sais quoi. (Thanks Jeanette).

That won’t stop her running AS a Clinton however.

She just won’t win that way. Thus the Democrats—or at least the progressive version of them-- are doomed.

Hillary, after all the history is written will be best known as the woman who was married to Bill Clinton.

Rather ironic for the first would-be feminist president of the United States.

Ironic, but appropriate too.

It's exactly how she should be remembered.