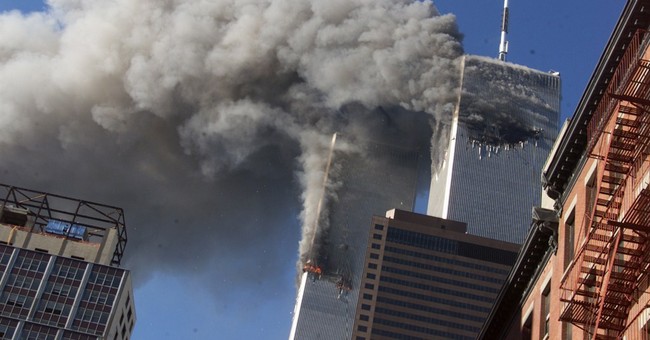 For labor unions around the country, this last Labor Day served as a painful reminder that when they decided to go all-in for Obama in 2008, they alienated the rest of us non-government, non-union members- the 99 Percent- who have to go out and earn our keep every day. And that alienation is being expressed in political defeats by unions around the country.

I’m wondering if the unions are starting to regret their investment in Obama.

Unions dumped $450 million into the Obama effort in 2008, according to the New York Times, hoping that they’d buy political clout with Obama that they don’t actually own on Main Street. But besides the auto bailout, and a few years of government stimulus spending, the strategy has been pretty much a disaster.

“This is not about payback,” the A.F.L.-C.I.O.’s director of government affairs told the New York Times. “We’re looking to work with the new administration on a shared set of priorities that focus on lifting workers and improving the economy.”

Because on the other counts, I think you can call their strategy a failure: No payback for unions and no improving economy.

And just another fine job for liberals, who don’t seems to be able to accomplish even those things that they say they desire.

Instead, the mass of the country has turned on unions, union members, bloated union benefits and even- gasp!- public teachers- who used to be as iconic in America as baseball, hot dogs, apple pie and, um… Chevrolet?

The laundry list of failures for the union agenda is really staggering. They spent the most money ever. They elected the greatest president EVER.

But what did they really get? The union has faced the longest string of defeats since the losing streak that started at the First Battle of Bull Run.

Card check? The union equivalent of forced busing and segregation? Voters completely rebuked unions on that one.

Then there was Madison, WI and the recall rebuke when Scott Walker took on teachers’ unions. What do you call it when voters vote a governor back in by recall with a wider margin than he originally received in the general election? A permission slip to give the unions detention.

How about that union fiasco with the National Labor Relations Board trying to stop Boeing Corporation from opening a $1 billion plant in South Carolina because it wasn’t a union shop? Another union disaster where they had to lower their colors.

Then unions were rebuffed on the most sacred ground. In December 2012, Michigan voters embraced right to work laws that are tough on union organizers because it allows workers a choice to have unions take dues from their paychecks or not. Yes, in the stronghold of the United Auto Workers, voters said enough.

It’s past time to do away with the throwaway holiday of Labor Day. Let the Marxists keep May Day, if they wish.

Instead, perhaps on the first Monday in September we should remember things that matter, like those people who died in the 9/11 tragedy.

Let's restore some solemnity to our country; give people time off to grieve, to reflect.

Let's make it a holy day, not just a holiday.

If you agree, please contact your state legislative representative through this link and forward to them the resolution below:

A Resolution Setting Aside One Hour on Labor Day

In Order to Memorialize the Events of September 11th, 2001

Whereas, the people of the state of ________________________ remember the tragedy that befell our country on the 11thof September in the Year 2001; a tragedy which was wholly unprovoked by any policy or action of any citizen or government of the United States;

Whereas, eleven years has passed since the murder of our innocent citizens, who were our brothers, our fathers, our sisters, our mothers, our sons and our daughters;

Whereas, U.S. troops remain in harm’s way as a result of the cowardly attack on the 11thof September, 2001;

Whereas, the people of the state of ________________________ are desirous of memorializing the great sacrifices made by those who gave their lives as a result of the cowardly and unprovoked attack on the 11thof September, 2001, an attack made on peaceful citizens who were laboring towards peaceful pursuits;

Whereas, the people of the state of ________________________ wish to thank those law enforcement officers, public safety officers, soldiers, sailors and airmen who labored through the crisis of the 11thof September, 2001 and those who labor to keep us safe today;

Whereas, the people of the state of ________________________ understand that the common experiences that are shared by all Americans make up the dynamic American community and create the historical experience of being American;

Whereas, the United States has seen fit to set aside the first Monday of September, in every year, as a day to celebrate and honor the dignity of labor and it was labor in which our fellow citizens were engaged when they were attacked;

Whereas, we hold that religion has a special place in society in helping sanctify the dignity of labor and the sacrifices of our fellow citizens;

Whereas, we ask religious organizations to make available to their congregants special services on that day and continue to do so in perpetuity, year after year for as long as it’s deemed necessary to hold the day in remembrance;

Whereas, we call upon our non-religious fellow citizens to only remember in their heart, the whole day, the tragedy of September 11th, 2001 and to be tolerant of those citizens who wish to memorialize and dignify the deaths of their fellow citizens as their conscience dictates.

Whereas, since it is fitting and proper that we do so, we here assembled do instruct and ask the members of the ________________________ Legislative delegation to contact their colleagues in the legislatures of the several states that make up our national Union and invite them to introduce similar resolutions, so that all Americans may remember together the events and sacrifices consequent to the events of September 11th, 2001, for as long as it’s deemed necessary to hold the day in remembrance.

Be It Resolved by All Here Assembled.