John Kass
|
Posted: Dec 16, 2016 12:01 AM
Share   Tweet
The opinions expressed by columnists are their own and do not necessarily represent the views of Townhall.com. 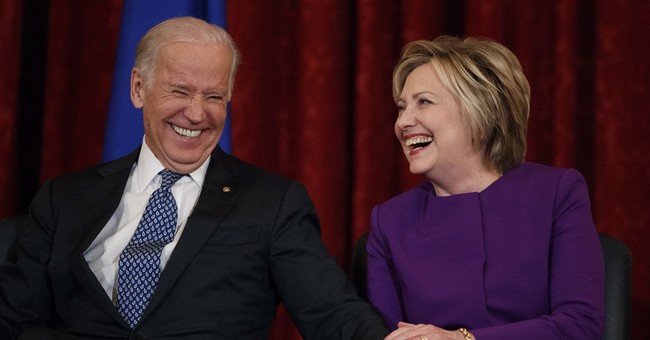 The Clinton Democratic left has created a vast mind palace, an artificial world where they may craft a safe space, protected from post-traumatic Trump (election) disorder.

In this pleasant mind palace of theirs, where they don't have to address Democratic failings, Hillary Clinton's numerous faults and stupendous strategic blunders, two things stand out:

The CIA is now the left's champion of truth and beauty.

And Russia, once the friend of the useful American left, is now its enemy.

Much of this has been kick-started again by a story in The Washington Post saying that the CIA -- according to anonymous sources -- has concluded that Russia hacked into Democratic emails to help elect Republican Donald Trump.

The FBI, reportedly, disagrees with some findings. And the Reuters news service reports that the Office of National Intelligence, the group that oversees the U.S. spy community, will not embrace the CIA assessment for a lack of evidence.

It's also emboldened outgoing Senate Democratic leader Harry Reid, the clean-faced prince of sincerity from Nevada, to all but accuse FBI Director James Comey of being a Russian agent for not publicly investigating the allegations about Russian hacking as Reid would like.

Have you no decency, Senator?

But that's been said before. And Sen. Reid knows it.

Only a short time ago, many on the left hated the CIA and thought the American intelligence service to be evil, a vast secret bureaucracy bent on destabilizing other governments and engineering foreign elections.

And many of these who now use the CIA as their champion have long insisted that Russia was not the enemy, that the Russians were misunderstood by war-mongering conservative troglodytes bent on bankrupting the country by selling weapons to the military industrial complex.

Anyone who thought Russia was the problem was to be mocked by the media and other political wits.

"The 1980s are now calling to ask for their foreign policy back," President Barack Obama famously quipped at 2012 challenger Republican Mitt Romney, who dared suggest Russia was a problem, "because ... the Cold War's been over for 20 years."

Obama smirked, like some Hollywood actor playing a duelist after that final lunge of victory. And his line about Russia was repeated again and again, and fashioned by his favorite pundits into a pin.

Romney was ridiculed, left to wriggle on the pin like that spider on the board.

So the drumbeat continues for a congressional investigation. Given the seriousness of the charge, it sounds prudent to have an investigation, and Republicans and Democrats are calling for it.

If it were up to me, I'd ask for a bipartisan commission, like the 9/11 Commission. They might even go back in time, to the Clinton-Gore Chinagate scandals of the 1990s, and lump China and Russia together, so that Americans may be primed into accepting more and more spending on defense contracts.

When China was thought to have tried to influence our politics through questionable donations to the Clinton-Gore campaign, the Democrats cried foul. During the hearings, the late Democratic Sen. John Glenn ran interference for the Clinton White House, and the old astronaut was rewarded with another trip to outer space.

Trump's flip response is defensive and somewhat childish, and so typically Trump.

What he should have done is welcome an inquiry and continue to go about his business building a Cabinet.

But Trump's defensiveness is also understandable, since the Democrats aren't using the Russia hack story to protect the republic. This is about Democrats -- and Republicans -- stripping legitimacy from the incoming president.

None of the "hacked" and leaked emails of Clinton campaign manager John Podesta and the Democratic National Committee were said to be untrue.

Not the rigging of the Democratic primaries for Clinton, nor the cozy relationship between the Clinton campaign and the media, not the release of her secret Wall Street speeches, including one in which she dreamed of open U.S. borders.

Podesta is pleading with Democratic presidential electors to consider the CIA story before casting their final votes for president.

It might be also useful to remember the uproar of the campaign, when during the last Clinton-Trump debate, the Republican wouldn't immediately say he'd concede if he lost the election.

That was the time when most (not all) analysts had Clinton running away with it, and they repeated again and again there was no path to victory for Trump.

"We are a country based on laws," a horrified Clinton said. "And we've had hot, contested elections going back to the very beginning, but one of our hallmarks has always been that we accept the outcomes of our elections."

Unless, of course, reality doesn't turn out as expected, and a mind palace must be created, a place so lovely that some never leave and lock the gates from the inside.