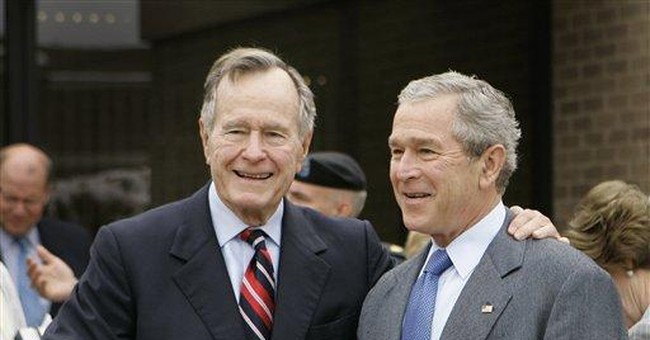 Trending
After focusing on 20 Of The Most Embarrassing Moments In The History Of The Democrat Party last week, it seems appropriate to point out some of the greatest moments of the Republican Party.

3) Women's right to vote (1872): Republicans Susan B. Anthony and Elizabeth Cady Stanton write the text of the 19th Amendment, which is introduced by Republican Senator Aaron A. Sargent of California. The Amendment was finally ratified in 1920.'

8) Jessie Owens wins four gold medals in the Olympics (1936): Republican Jessie Owens humiliated Hitler by winning 4 gold medals in the Berlin Olympics. Owens said he "was treated marvelous by everyone. Anything any of the American athletes, including myself, wanted they got for us. My biggest thrill was when the American flag was raised after my victory in the 100 meters." FDR responded to Owens legendary victory by refusing to invite him to the White House, prompting Owens to say, "Hitler didn't snub me – it was FDR who snubbed me. The president didn't even send me a telegram." Truman also ignored Owens, but when Republican Dwight Eisenhower became President, he made him "Ambassador of Sports."

15) Collapse of the Soviet Union (1991): Ronald Reagan's tireless work against the Soviet Union finally paid off as it formally dissolved in 1991, while his former Vice-President, George H.W. Bush was in office.

16) The Gulf War (1991): George H.W. Bush formed a coalition that forced Saddam Hussein out of Kuwait.

17) Welfare reform (1996): After Clinton vetoed two previous versions of welfare reform, Republicans sent it back to him a third time and he finally reluctantly agreed to fulfill has campaign promise and sign the bill.

18) A Republican Congress balances the budget (1998-2001): Republicans in Congress forced an unenthusiastic Bill Clinton to balance the budget in his second term.

19) Retaliation in Afghanistan (2001): After the 9/11 attacks, Republican George W. Bush retaliated by driving the Taliban and their allies in Al-Qaeda from power. He then helped establish democracy in the country. Whether the nation will remain a democracy or how the war will be viewed by future generations is still unknown at this point.