John Dempsey
|
Posted: Jun 28, 2018 9:00 AM
Share   Tweet
The opinions expressed by columnists are their own and do not necessarily represent the views of Townhall.com. 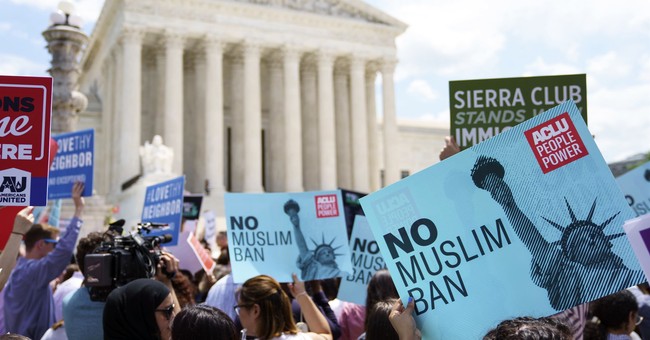 The Founding Fathers were brilliant in setting up the three branches of government. They understood the need for checks and balances. While Congress makes the laws, they also knew the need for a judiciary that would interpret legislation to ensure its constitutionality. The rulings are a wide variety.

On Tuesday, the Supreme Court ruled 5-4 in favor of President Trump's travel ban. Rulings this close aren’t uncommon. However, some Supreme Court cases involve issues that don’t affect the entire country as a whole.

The D.C. v Heller case carried severe implications for gun rights, which does affect the country entirely. The case finally reached the Supreme Court in 2008. In short, the court decided whether or not citizens had the right to bear arms outside of being in a militia, which they stated was legal in a 5-4 ruling.

That is scary. The Heller decision isn’t a travel ban that was challenged after judge shopping to get the most liberal judge on the market to block it. This case was over our God-given right to bear arms. If the ruling were against gun rights, this country would look a lot different after eight years of Barack Obama.

The court ruling today marks precisely why the Merrick Garland block was glorious in every sense of the word. The left claims the Supreme Court isn’t political. However, look at the comments Ruth Bader Ginsburg has made about Trump. She has called him names and made her disdain for his policy apparent. Her remarks should make one wonder if she should still be on the bench during policy cases. Justices are to interpret laws based on the Constitution, not their political ideology.

Trump will have another opportunity to appoint a Supreme Court justice, perhaps even a third. There is a chance for another originalist on the court. That will give conservatives a considerable boost.

If Merrick Garland were confirmed, he would have voted down the travel ban, flooding the country with people from radical Islamist areas who hate America. Regardless of what liberals say, citizens are the only ones who have the right to be here. The world doesn’t revolve around leftists’ emotional dismay. It works off of reality.

The Heller victory and travel ban are notable victories for conservatives. However, they are narrow. Originalist justices need to dilute the four liberal justices who generally vote in a bloc. Today is another example of justice’s ruling on ideological grounds, and not the Constitution.

The four justices that ruled against Trump used his tweets to form their decision. They could not consider the executive order itself because there was no problem with it. The liberal judge’s mentalities by using the tweets expose the political nature within our court.

Mitch McConnell doesn’t get many thanks from conservatives. However, it is times like this that we should be thankful for his brilliant political move to stop Obama’s Supreme Court pick.

Today, Justice Anthony Kennedy announced he is retiring from the court as well. The replacement could be a massive win for liberty. Trump doesn’t need to nominate a moderate. An originalist should be chosen to concretely place the highest court in the land in a conservative position for a generation. There is no telling what will happen in the next presidential election. If for some reason Trump loses, then there will be an active stalwart in place to stop unconstitutional policies.

Trump has another opportunity to make America great again with his second Supreme Court nomination.

Will there be a third?