In Defense of Trump

John C. Goodman
|
Posted: Aug 27, 2016 12:01 AM
Share   Tweet
The opinions expressed by columnists are their own and do not necessarily represent the views of Townhall.com. 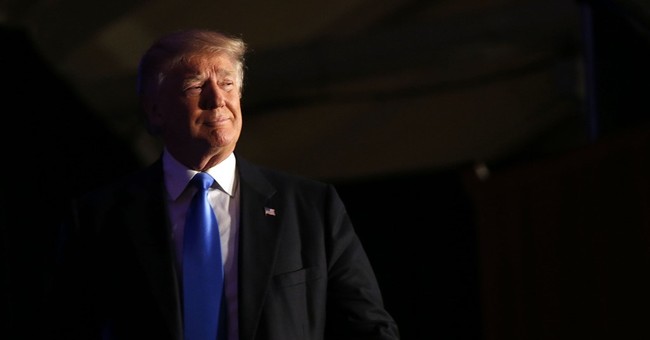 Almost everything I read about Donald Trump these days is negative. Writers on the right have been almost as critical as writers on the left.

Is there nothing that can be said about Trump that is positive? I think there is.

Since his nomination by the Republican Party, Donald Trump has made a number of serious policy speeches. In each case he is saying things that no other Republican presidential candidate has said. What he is saying is worth listening to.

On foreign policy, he has basically noted that our entire approach, from NATO to military bases, is based on 1950s Cold War thinking. That must change. He is the first modern leader of consequence to say this.

Nobody seems to know exactly how many military bases we have overseas. Alan Simpson told me we have 1,000. Ron Paul says we have 900 bases in 130 different countries. The Pentagon admits to 662. But outsiders say the Pentagon is very reluctant to label anything a “base” because of the negative political connotations. (See here.)

How many do we need? I don’t know. But I would bet the farm that what we really need is way below what we have.

We have 28,500 military personnel in South Korea. That may have made sense 60 years ago. Today, a naval ship in the South China Sea with a stash of cruise missiles is probably all we need to hold the North Korean mad man at bay.

As for the North Atlantic Treaty Organization, George Will writes that “NATO was created in 1949 to protect Western Europe from the Red Army. Its purpose was, in Lord Ismay’s famous formulation, “to keep the Russians out, the Americans in and the Germans down.” NATO, which could long ago have unfurled a “mission accomplished” banner, has now become an instrument of addlepated mischief.”

In particular, Will pointed to Hillary Clinton’s discovery that a vital U.S. national interest required the removal of Muammar Gaddafi because he “is a man who has no conscience.”

On how to combat ISIS, Trump has called for a radical break from the Bush doctrine of regime change and the Obama doctrine of kill-as-many-people-as-possible-and-hope-that-nobody-notices. If there were any other Republican nominee, there would in this election be no debate at all over the worst foreign policy mistake in our nation’s history – the invasion of Iraq.

Like other Republican candidates (and unlike the Democrats), Trump calls for recognizing that we are in an ideological struggle. But unlike the other candidates, Trump actually talks about putting teeth into that view. In the Cold War, you could not enter the country if you were a “communist.” Trump wants to stop you at the border today if you believe in “radical jihad.” This by the way does not require any act of Congress. It’s what Immigration Control is supposed to be doing anyway.

On blacks and the inner cities, Trump’s speech the other night was a first for a Republican. His message: for the last 50 years virtually all our major cities have been under the control of Democrats. The reason why so many black children go to the worst schools and why so many black families are regulated and priced out of the market for decent housing and exposed to environmental harms (think: Flint) is because Democratic politicians have sold out to special interests.

I have noticed by the way, that this issue is getting liberal columnists and talking heads very uncomfortable. Fox News commentator Monica Crowley said it best: In Chicago, Detroit, Baltimore and other cities what liberal Democrats have done to the black community is a “crime against humanity.”

On Veteran’s Affairs, he made very specific promises – a world of difference from the platitudes we heard from all the other candidates.

Like most economists, I don’t particularly like what Donald Trump has had to say about trade. But (along with Bernie Sanders) he is the only serious presidential candidate who has noticed that entire towns and localities have been wiped out. The nation as a whole has gained from trade. But there have been losers – just like poor black families in the inner cities – from these and other policies.

And like most libertarians, I am not particular fond of his comments on immigrants.

But in both these areas, we have yet to hear the serious speech. We may be pleasantly surprised.