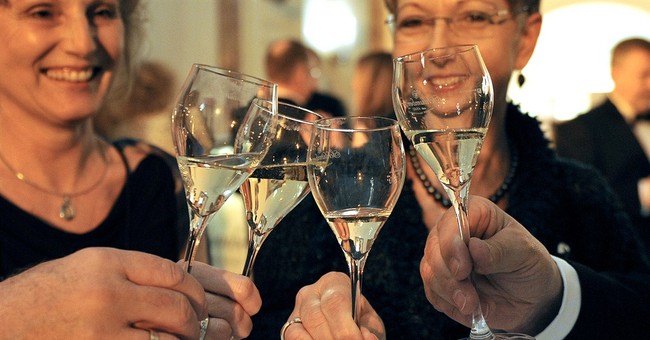 Many years ago, my wife and I wrote a book on the subject of the 7 deadly sins. It was called "A Way of Escape."It was not a bestseller, but we did get many requests from prisoners for the book. Perhaps that had something to do with the title.

I remember one time when Bill Maher held the book up when I was a guest on his ABC-TV show. He read the title of the book and its subtitle, which is "Experiencing God's Victory Over Temptation." He then said, "Yuck," as in who would want to experience victory, divine or otherwise, over temptation?

C. S. Lewis once noted, “Only those who try to resist temptation know how strong it is....We never find out the strength of the evil impulse inside us until we try to fight it: and Christ, because He was the only man who never yielded to temptation, is also the only man who knows to the full what temptation means—the only complete realist.”

Here are seven resolutions for the new year. They are simple: Keep the 7 deadly sins in check and cultivate their opposites.

What are the 7 deadly sins? Pride---as in arrogance, haughtiness---greed, envy, anger, lust, gluttony, and sloth.

These are root sins that were catalogued by Medieval saints centuries ago. I call them “root sins” because they lay at the root of many other sins. People who don’t understand history have been condemned to repeat it. Why reinvent the wheel?

Although the concept of the seven deadly sins goes back many centuries ago, I daresay if you read today’s news, you will find all sorts of news stories related to people committing one or more of the seven deadly sins. Try it. Pick up your paper today, watch the evening news, or scan the news on the wire services on the Internet and see for yourself.

Even Henry David Thoreau, who lacked a Christian worldview, had a great quote on this point: “There are a hundred men hacking at the branches of evil, to one who is striking at the root.”

As a list per se, the 7 deadly sins are not found in the Bible. But certainly the principles are there:

Theses sins come natural to us. Some are stronger urges for some than others. As to gluttony, I'm not much tempted by donuts. But there are certain sweets that truly knock my socks off. It's important to note our own strengths and weaknesses. As to pride, i.e., arrogance, this thought from Paul helps keep me straight: "What do you have that you did not receive?"

There is a great poem whose author is unknown to me: "Two natures beat within my breast. The one is foul, the other blest. The one I love, the other I hate. The one I feed will dominate." Therefore, feed your soul good and positive things. And starve the negative things.

There it is. Feed the soul with positive things. Of course, the first step is coming to know Jesus Christ---repenting of your sins and accepting Him. He gives us a new nature when we do. But that new nature is at odds with the old nature. Paul describes in Romans 7 a situation where he wants to do the right thing, but sin is right there, often getting the better of him.

But sin need not get the better of us. It is important to distinguish between being tempted and giving into temptation. Luther said temptation is like a bird flying overhead. Giving into it is like letting that bird build a nest in your hair. Jesus was tempted, but He never sinned.

There is also another way of grouping these sins, and that is in relation to love or charity. Pride, envy, and anger reflect a lack of love All these sins are hateful, and when we commit them, we harm others. The person committing them wishes to gain something, often by stepping on someone else. Greed, gluttony, and lust, which are sins of excess, reflect love of self.

All of these sins generally show a lack of love and respect for our fellow man. Although with today’s material abundance, it is not true that gluttony on the part of one will necessarily cause another person to go hungry. If Laurel looks like he survived a famine, it isn’t Hardy’s fault.

So here are my 7 resolutions for the new year. Strive to keep these 7 deadly sins in check and instead cultivate their opposites.