Strong IP Rights Will Ring in the New Year

Jeff Crouere
|
Posted: Jan 09, 2021 12:01 AM
Share   Tweet
The opinions expressed by columnists are their own and do not necessarily represent the views of Townhall.com. 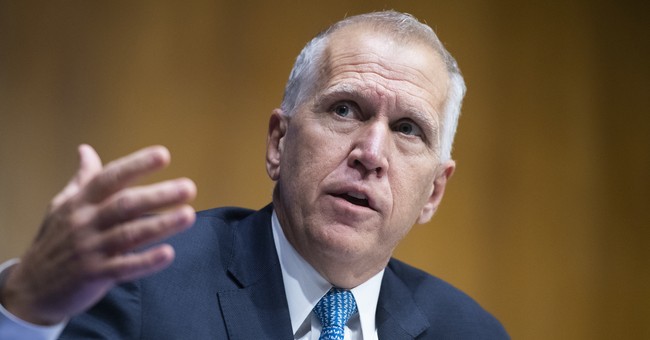 Yes, 2020 gave the American people a lot to be sour about. We have all been told that the new year will be better. Believe it or not, that is not just a cliché. Things will soon bounce back, particularly for advocates of free enterprise and limited government.

Skeptics, pointing to the presidential election results, may shake their heads in disagreement, but it is congressional and court actions that will soon make a world of difference.

Conservatives should be particularly excited for the unprecedented gains that we should see for American innovators’ IP in the new year. These gains have been historic as there has never been such remarkable progress for IP in such a short period of time.

Here are some of the most recent highlights:

In the recently passed COVID stimulus bill, Congress included the Copyright Alternative in Small-Claims Enforcement (CASE) Act. This legislative provision will quickly amount to a godsend for many sole proprietors, innovators, and small businesses throughout the country.

For years, small copyright owners with stolen IP claims, like composers, graphic artists, and photographers, have declined to pursue their infringement disputes because of the high financial and opportunity costs associated with initiating federal litigation. The CASE Act will fix this problem by creating a Copyright Claims Board within the Copyright Office for disputes valued at less than $30,000.

Thanks to the passage of this bill language, the days of the rich and powerful deliberately lifting others’ IP because they know that the property’s owner has no true recourse will soon come to an end. The most vulnerable creators will finally have the reasonable legal avenue they have needed for decades to pursue justice and protect their private property.

President Clinton signed the DMCA into law in 1998 to modernize the nation’s copyright laws for the digital age. However, much has changed on the internet and tech space over the last 23 years. There have been new innovations, new consumer preferences, and, of course, new loopholes found by schemers to evade the nation’s IP laws.

Currently, the nation operates on a “notice and takedown” system for infringement cases, but copyright owners have complained that this system should be called the “takedown and tape up” approach because the same offenders continue to re-post the material shortly after receiving infringement notifications.

Tillis’ DMCA revamp will fix this problem by converting the “notice and takedown” approach to a new “notice and stay down” system. It will also give the Copyright Office the ability to revoke online providers’ liability safe harbors if they continue to allow IP theft on their platforms.

While the draft legislation is incomplete and still awaiting feedback from key stakeholders, it represents a significant step in the right direction for ensuring strong IP rights in the digital age.

As Congress continues to take a two-by-four to IP thieves in the tech space, the Supreme Court also appears well-positioned to soon prevent “Big Business” from continuing to take others’ IP in the name of “fair use.”

Experienced IP analysts and scholars understand that for many years large corporations have tried using the fair use doctrine, a limited use exemption to copyright law, to avoid paying innovators for the licensing rights they deserve.

Per the U.S. Code, one of the main tests to distinguish regular use from fair use is “the purpose and character of the use, including whether such use is of a commercial nature or is for nonprofit educational purposes.” The law’s clear distinction between what does and does not warrant a license has not stopped money-hungry behemoths from going to friendly courts and trying to receive fair use exemptions anyway. This is especially true in the realms of music and coding.

One of the most illusory recent examples is Google, which made Android by lifting many lines of coding from a competitor (Oracle) without a license, all under a suspicious fair use defense.

Google’s “fair use” argument may be the most egregious abuse of the doctrine’s intent to date. The company’s refusal to purchase a license to make its $2.5 billion operating system hum has rattled many on the political left and right, including the Department of Justice in both the Obama and Trump administrations.

Fortunately, the egregiousness of the Google case has raised the level of concern in legal and political circles to such a degree that it may ultimately put an end to corporate abuse of “fair use” once and for all.

The Supreme Court recently took up the Google v. Oracle case, and judging by the court’s oral arguments, the justices aren’t very convinced by Google’s position.

Analysts expect a decision within the first half of 2021. If the Supreme Court rules against Google, as many experts predict, the resulting precedent will certainly prevent many lower courts from continuing to cast favorable light on bogus “fair use” claims that have compromised far too many innovators’ IP.

For all these reasons and more, proponents of strong IP rights should not fret. Thanks to leadership from Congress and the Supreme Court, better days are not coming in the distant future, they are actually right around the corner.